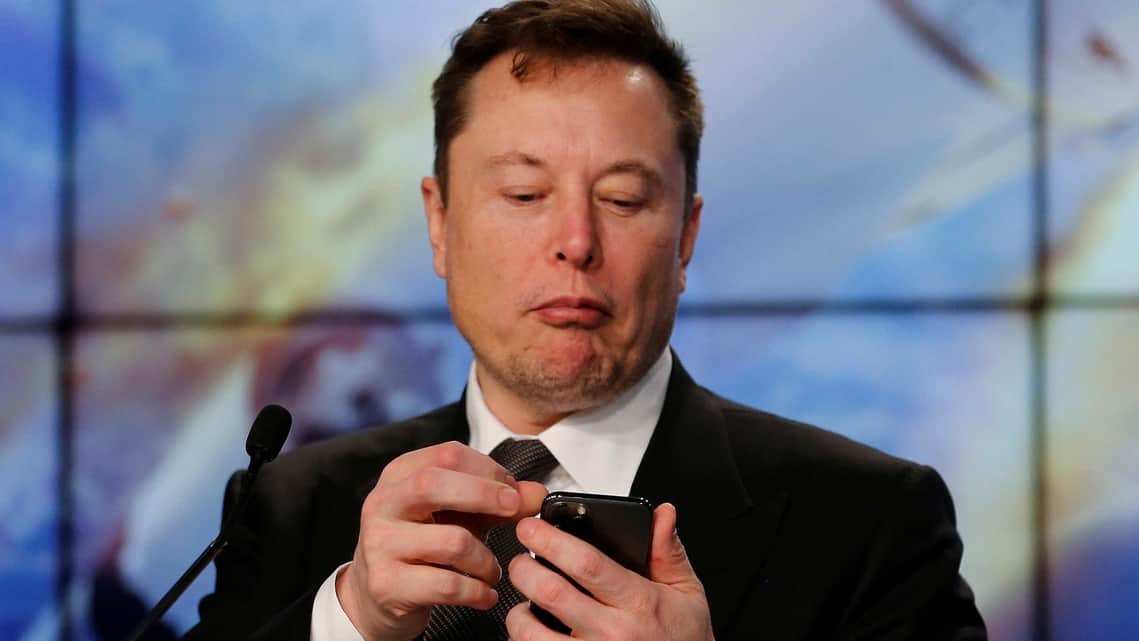 A file photo of SpaceX founder and chief engineer Elon Musk. Musk recently participated in a conversation on the Clubhouse app. (REUTERS)

By Team Lounge (with inputs from AFP)

Chinese internet users are flocking to a rare uncensored app to breach the "Great Firewall" and freely discuss taboo topics, including the mass detention of Uighurs, democracy protests in Hong Kong and the concept of Taiwanese independence.

Authoritarian China deploys a vast and sophisticated surveillance state to scrub the internet of dissent and prevent citizens from accessing international social networking sites like Facebook and Twitter.

But Clubhouse appears to have side-stepped the censors -- for now.

"A young woman from mainland China just said on Clubhouse: this is my first time getting on the real internet," Isabelle Niu, a journalist listening to a conversation, tweeted on Sunday.

Taobao, a popular online marketplace used by millions daily, and other e-commerce sites had membership invitations for sale with prices ranging from 10 to 100 yuan ($1.5-$15), allowing some to bypass restrictions placed on invitations.

Clubhouse was launched in May last year and is currently only available on Apple devices, something only wealthier Chinese consumers can afford

As of now, Clubhouse is only available on Apple devices.

It rocketed in popularity after billionaire Elon Musk participated in a conversation on the app earlier this month.

Kaiser Kuo, host of the China-focused Sinica Podcast, live-tweeted on Sunday some of the conversations he was hearing in a room discussing the Uighur situation.

He noted how Han Chinese -- the dominant ethnic group in China -- and people from the persecuted Uighur community were interacting in the space.

"Very emotional, tearful profession of 'Han guilt' by a participant now - response by a Uyghur man assuring this woman that we are friends, and this atrocity makes the need for friendship even more important," he tweeted.

An AFP reporter heard a speaker identifying as mainland Chinese express opposition to the term "concentration camps" -- although acknowledging the existence of facilities.

In another instance, a participant said that he believed some of the western research on the Uighur detention camps but felt the numbers involved may have been exaggerated.

Many of those listening in were fascinated by the candour of the online discussions.

"I'm in a Taiwanese-run room in Clubhouse where 4,000 Mandarin speakers - including Uyghurs and Han Chinese IN CHINA, and outside are talking about... everything," Berlin-based journalist Melissa Chan tweeted.

On Monday, AFP listened in to conversations from Chinese diaspora, as well as individuals in Beijing, discussing whether the app would soon be blocked in China. Analysts warned Beijing may soon prevent access to the app.

"The window for listening in on frank Clubhouse conversations about politics in Chinese is already closing," said Fergus Ryan, at the Australian Strategic Policy Institute's International Cyber Policy Centre.

As of Sunday, Clubhouse was accessible in mainland China without needing a VPN or virtual private network, which is commonly used to bypass the so-called "Great Firewall" and access foreign internet services from Gmail to Twitter, a Bloomberg report explains. Clubhouse is backed by the California-based venture firm Andreessen Horowitz. Its popularity skyrocketed in after debuting in 2020 as it attracted high-profile users such as Musk and Oprah Winfrey.

The hashtag “Clubhouse Invite Code” was also trending on Weibo earlier this month. Meanwhile, in the US, Clubhouse broke into the top 30 of most downloaded apps among iPhone users, after Musk's appearance in a chat room recently, according to SensorTower, a leading provider of market intelligence and insights for the global app economy. Facebook CEO Mark Zuckerberg also joined Clubhouse and chatted about the company’s AR and VR developments, another Bloomberg report added.

(With additional inputs from Bloomberg)