Twenty years on, the International Space Station continues to connect humans and space

This week marks 20 years of continuous human presence on the ISS. From baking cookies to growing greens, thousand of experiments in space have helped us understand Earth better 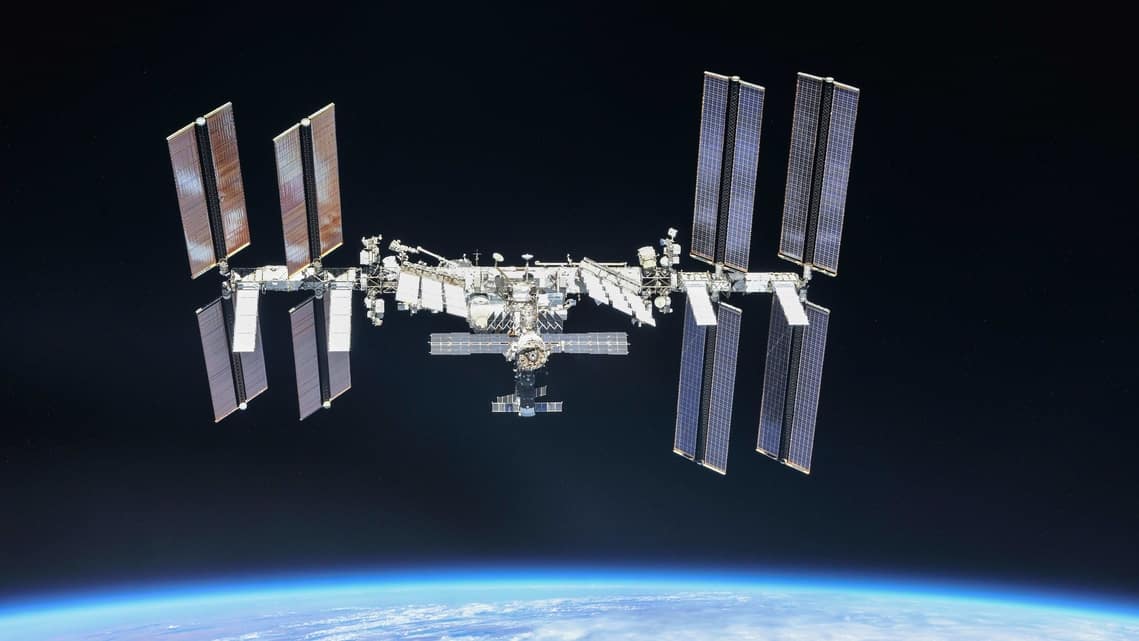 American astronaut William “Bill” Shepherd and Russian cosmonauts Yuri Gidzenko and Sergei Krikalev created history on 2 November 2000. At 10.23 GMT, the trio opened a hatch to enter the International Space Station (ISS), becoming the first humans to live in, and not just visit, space.

Since its successful deployment in 1998, the space station has been modified and expanded, with new modules being added to the existing structure, which has a wingspan of 357ft. But what makes the ISS such a unique “space” is the fact that astronauts and scientists can conduct science experiments in a manner that cannot be done anywhere else.

The sheer amount of research that takes place in the only laboratory available for long-duration microgravity research is astounding. Over the last two decades, more than 3,000 experiments have been conducted, yielding tonnes of research and benefits for us on Earth.

One of the very first studies focused on the growth of protein crystals. Further iterations of this study have helped with the development of disease-treating drugs. Experiments with flames have helped researchers devise effective combustion techniques. Astronauts on the ISS have experimented, in fact, on everything from fire and water to air, and even grown food (“leafy greens”). They have baked cookies in a special zero-gravity oven. The results? On Earth, a cookie takes around 20 minutes to bake at a temperature of 150 degrees Celsius. In space, it takes anywhere between 120-130 minutes, a BBC report from January explains.

The “space cookies” experiment might seem trivial but there is a method to the madness. The goal behind the cookies experiment, for example, was to evaluate cooking options for astronauts on long-duration space trips.

In his book Endurance, American astronaut Scott Kelly explains that experiments on the ISS fall broadly into two categories: One comprises studies that might benefit life on Earth, the other aims to help solve problems in future space exploration.

“Most of the experiments in one way or another study the effects of gravity. Pretty much everything we know about the world around us is influenced by gravity, but when you can remove that element from the subject of an experiment—whether it’s a mouse, a lettuce plant, a fluid, or a flame—you have unlocked a whole new variable,” Kelly writes in his book. “This is why the science taking place on the station is so far-ranging; there are few branches of science that can’t benefit from learning more about how gravity affects their subjects.”

Science and technology historian Jahnavi Phalkey, who is also the director of Science Gallery Bengaluru, says the importance of human habitation on the space station goes beyond our ability to study certain things in situ. Cosmic rays or particles are one example. On Earth, scientists study cosmic rays that have passed through our atmosphere. “In space, you are studying cosmic particles literally in their whole, in purity,” Phalkey says on the phone.

Microgravity research conducted on diseases like Alzheimer’s, Parkinson’s, heart disease and human physiology in general—studies on bone and muscle loss in astronauts— also have far-reaching implications. “The ability to understand how the human body reacts to microgravity: Can you live there and how long can you live there? It tells you a lot more about the human body,” says Phalkey.

“Clearly, people have survived (their stay on the ISS). The more we learn from their experience, the more we are, in a way, preparing ourselves for inhabiting space,” she adds.

Some of the more recent experiments and facilities on the ISS are pushing the frontiers of science. In August last year, for instance, astronaut Christina Koch, who holds the record for the longest single space flight by a woman, activated a new “BioFabrication Facility” on the ISS. This system, which was launched to the space station in July 2019 on board a SpaceX cargo mission, will be used to explore whether the weightless environment of space can support the fabrication of human organs. The goal is to eventually use 3D biological printers to create usable human organs in microgravity. According to the US space agency Nasa, this could help provide access to organs for transplants on Earth.

Another breakthrough experiment done routinely on the ISS is the deployment of CubeSats. In the long run, these small satellites offer research companies an affordable way to perform science and technology demonstrations in space—capturing high-resolution images of Earth from space or providing people easier access to the internet and data services.

According to Nasa, more than 250 CubeSats have been deployed from the space station. “Even if we don’t go there, at least our satellites can,” says Srimathy Kesan, founder and CEO of Space Kidz India, a Chennai-based technology and experiential learning organisation. A team of young students from Space Kidz designed KalamSAT, the world’s lightest satellite and an experimental payload, which hitched a ride on the Indian Space Research Organisation’s (Isro’s) PSLV-C44 launch vehicle in January last year.

Kesan says deploying these small satellites from space has a huge benefit—it avoids launch-related vibrations. “When we had to send the KalamSAT-V2 on the PSLV-C44, we had to do a vibrations test. It is such a tense process. If any component of the CubeSat loosens, the entire satellite goes for a toss. In that sense, deploying from space is a good option because the satellites are sent to the ISS on cargo or resupply missions. They are completely insulated and packed to avoid any kind of vibrations,” she says.

The space station is expected to operate in its current capacity till 2030. With its initial lifespan estimated at 15 years, it has exceeded expectations. Around 240 individuals from 19 countries have visited the ISS so far but India is yet to make it to that list. Last year, Isro chief K. Sivan announced an ambitious plan to launch India’s own space station in the near future. Clearly, however, the focus for now is firmly on Gaganyaan, India’s first manned space mission, scheduled for August 2022.

Phalkey says “there’s no doubt” that having our own habitable space station would be a brilliant opportunity. “It’s a fantastic goal ...for reasons of science, understanding the future and the joy of science. It is the next frontier.” But she believes the opportunity to send an Indian astronaut to the ISS should be explored. “If you see what the ISS does, especially in the US, it is also connected to schools and colleges. The data flows and young people also get involved. Imagine what could be done (in India).”