Nokia is back, with three Android phones 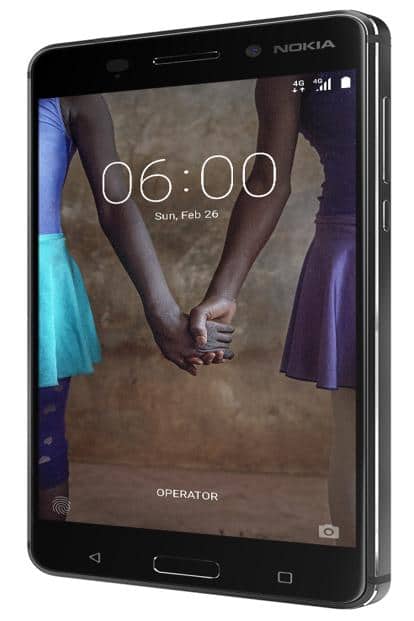 The Nokia 6 has an aluminium unibody design.

The first phone is the Nokia 6. It has been available in China for about a month now, but now with some tweaks, it is ready for the global markets. The basic specs include a Qualcomm Snapdragon 430 processor, 3GB RAM, 5.5-inch display (1920 x 1080), 32GB of storage and a microSD slot as well. The primary camera is a 16-megapixel one, while the front facing 8-megapixel camera is a wide-angle lens with auto focus. The Nokia 6 has an aluminium unibody design. There will also be a limited edition glossy Arte Black variant, which will have 64GB storage and 4GB RAM, apart from looking different from the standard version.

HMD Global says that the Nokia 6 will be rolling out in Q2 2017, but there is no confirmation on which countries will get the device in the first wave. It will be priced at $242 for the standard variant, and $315 for the Arte Black glossy version. The Nokia 5 has a 13-megapixel rear camera and an 8-megapixel wide-angle selfie camera.

The second phone is the Nokia 5. Quite aptly, it has a slightly smaller display size—a 5.2-inch HD display. This phone runs Qualcomm’s Snapdragon 430 processor, 2GB RAM and 16GB storage. The Nokia 5 has a 13-megapixel rear camera and an 8-megapixel wide-angle selfie camera. Like the Nokia 6, the Nokia 5 also has an aluminium body, but slight design tweaks see it get more rounded spines, and it looks very much like the Apple iPhone in some ways. We are waiting for confirmation about the actual launch dates of the device, which is tentatively for Q2 2017, with a price tag of $199. 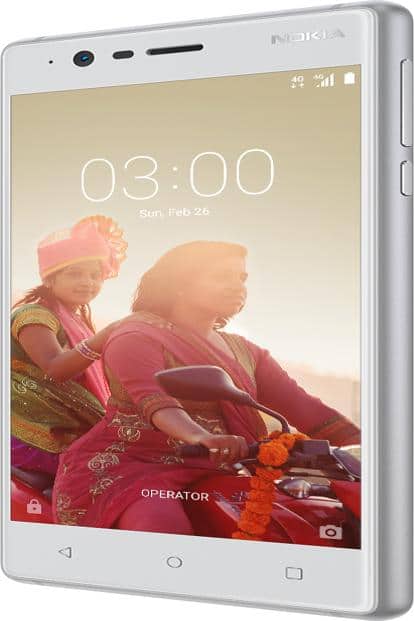 The Nokia 3 is the most basic phone among the trio. It runs a MediaTek MTK 6737 quad-core processor, with 2GB RAM and 16GB storage. The front and rear cameras have both 8 megapixels. Unlike the more expensive siblings, the Nokia 3 has a polycarbonate body, with aluminium only around the frame. Unlike the other two phones, this one looks very much like the affordable Lumia smartphones from not too long ago. The Nokia 3 will also start shipping in Q2, with a price tag of $147.

All three devices, the Nokia 6, 5 and 3, run Android 7.1.1 Nougat out of the box, and HMD Global promises “regular updates, so you’ll always stay on top of features and security" for these phones.