How to manage Android apps for a smoother smartphone experience

Android OS has several built-in tools to prevent apps from wasting battery, storage or mobile data. Here are some of them

Smartphone apps have become the default way of interacting with smartphones. Everything that users once did through web browsers can now be done through apps. According to a report by app analytics agency App Anne, released on 17 January, Indian users downloaded over 6 billion apps in 2016, up from 3.5 billion in 2015. A ComScore report from September 2016 claims that smartphone apps account for 50% of the entire time spent online by users in the US.

However, a smartphone app can lift a user’s entire smartphone experience or ruin it.

Apps with malicious codes can infiltrate your smartphone with malwares and ransomware. Poorly optimised apps can waste your phone’s battery and resources. Apps asking for too much access to your smartphone can walk away with your private data.

Here are some simple tricks for Android users to manage their apps better. In the My Apps and Games section of the Play Store app, the installed apps can now be sorted under four different categories

Get rid of idle apps

If you have ended up downloading too many apps and have not been able to decide which app to get rid off and which to keep, you can check this new feature in Google Play store. In the My Apps and Games section of the Play Store app, the installed apps can now be sorted under four different categories— Alphabetical, Last Updated, Size and Last Used. It is the Last Used option, which shows your most used to least used apps in a vertical scroll. The apps at the bottom of the list are those that you have not used in several days and weeks. This can help you determine which app you are actually using and which ones are just occupying space. All apps ask for permission to access other elements or apps on the smartphone which can help them work better. In many cases, app developers are simply trying to gather hardware and data on the smartphone so they could sell it. While it is not a security risk, it is a major privacy concern. Android smartphones running Android Marshmallow and higher versions allow users to customise app permissions manually. So if you don’t want an app to access your phone contacts or messages, you can stop them from doing so in Settings-> Apps->App Permissions. 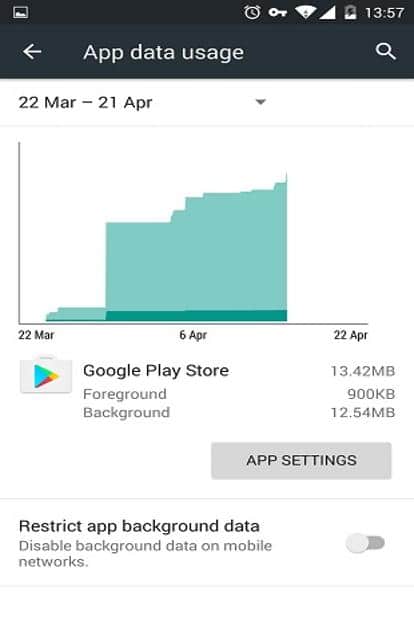 Most online apps are designed to run in the background. So even if they are not open, user can end up incurring a significant amount of data on data syncs and page refreshes. You can check an app’s data consumption pattern in smartphone Settings->Apps->Data Usage. Here you can see the most data-intensive apps on top with the exact amount of data used by them in a month. However, you can prevent apps from running background processes when on mobile data by disabling background data on mobile networks in the same page in Settings. Every time an app sends a notification on your smartphone, the screen lights up, a short tune is played and the phone vibrates a little. All these are designed to ensure you won’t miss out on any of the important Facebook posts, WhatsApp message or news updates. While useful, notifications can drain your smartphone’s battery very fast. Android smartphones running Android Nougat allow users to manually restrict notifications for all apps. Users can decide which apps will show notifications silently and which will not show them at all.