When can India reach net-zero emissions? 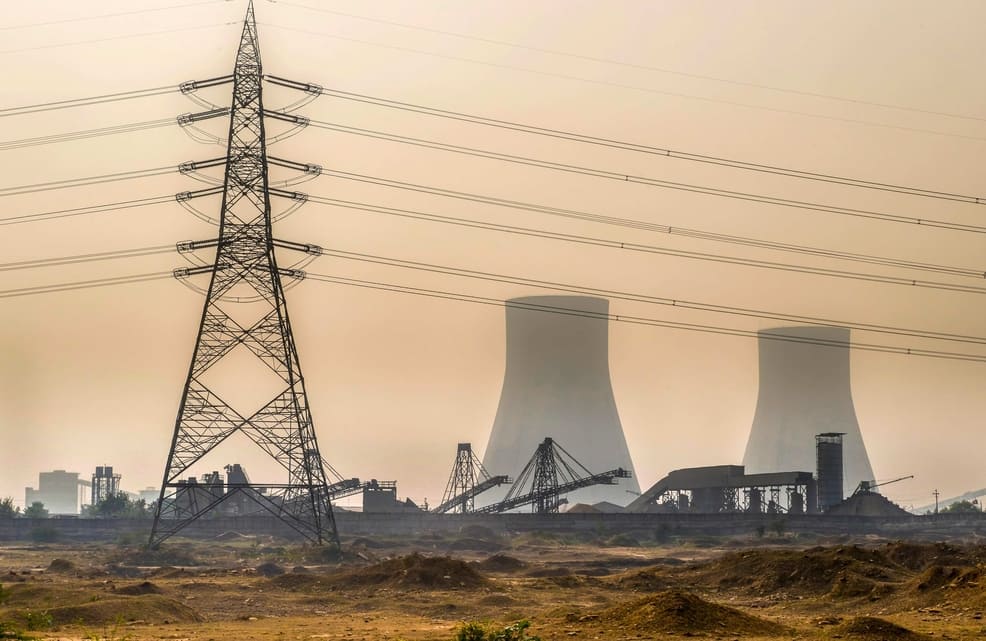 India will need to radically reduce its dependence on coal in a very short period to be able to reach net-zero emissions. (Alamy)

The concept of net-zero emissions has emerged as the most important catchphrase in the global attempt to stop climate change. To stop global temperatures from rising catastrophically, the world’s countries need to reduce carbon emissions which trap the sun’s heat in the atmosphere. To reduce carbon emissions, the world’s energy economy needs to largely shift away from fossil fuels like coal and oil to renewable energy (RE) like solar energy. The latest science on this is summarised in the reports of the UN’s Intergovernmental Panel on Climate Change (IPCC). According to these, in order to limit global temperature rise to 1.5 degrees Celsius above pre-industrial levels by 2100, the world’s CO2 emissions need to reach net-zero on average by 2050-52. Total greenhouse gas (GHG) emissions (of which CO2 forms the major part) need to reach net-zero by the mid-2060s.

Once countries get as close to zero fresh emissions as possible, then the remaining emissions in the atmosphere can be balanced out by an equivalent amount of carbon removal in the form of carbon capture and storage (CCS). This can happen through various means, including by planting more trees, and direct CCS technologies. As discussed earlier in this column, there are many ambiguities regarding the true definition of net-zero emissions and also about what countries can actually do to get there. This is primarily due to the lure of CCS technologies. Although at a very early stage, the promise of CCS represents a moral hazard. Do countries continue to emit now in the hope that one day there will be sufficient CCS tech to remove emissions from the atmosphere?

In this context, Delhi-based research organisation Council on Energy, Environment and Water (CEEW) released a report on 22 March analysing what India needs to do in case it sets a net-zero target for itself. Called Peaking And Net-Zero For India’s Energy Sector CO2 Emissions: An Analytical Exposition, the report is authored by Vaibhav Chaturvedi, who heads CE’s “low carbon pathways” focus area. The report is a fairly nuanced document which looks at four different net-zero scenarios for India. The earliest scenario would see India’s emissions peaking in 2030 and reaching net zero in 2050. This is in line with the IPCC’s recommendation. The longer term scenario involves peak emissions in 2050 and net zero in 2080.

#Thread #NetZero
Lately, there has been an uptick in the debate around India’s net-zero #emissions target. At CEEW, we asked ‘What makes #India’s transition to net-zero emissions different from anything the world has seen?’#NetZeroSummit #ClimateAction

The report investigates a variety of future variables, including the share of electric vehicles, the availability of CCS technology and reduction in emission intensity of the country’s GDP. If India were to try for a 2050 net-zero date without CCS, it would need to do the following: reduce the share of fossil fuels like coal and oil in India’s energy mix to 5%, compared to 75% in 2015; ensure 83% of India’s electricity comes from RE (and that doesn’t include hydropower), compared to 10.1% in 2019; see that 98% of the country’s oil comes from biofuels; and make certain that over 66% of India’s industrial energy use and new vehicles are electrified. This is arguably the most ambitious target India could set itself.

Which seems unlikely. This is explained in another metric in the report: the effort gap. This is the amount of effort needed to be put in by India to balance its energy needs to reach an announced date of peak emissions. The report states that India shouldn’t announce a net-zero year without first announcing a definite date for peak emissions. However, it also recommends that India shouldn’t wait till 2050 to peak its emissions.

Follow the column with #MintClimateTracker. Click on this link to listen to the Mint Climate Change Tracker podcast hosted by Bibek Bhattacharya.