Is bacteria linked to the way babies experience fear? 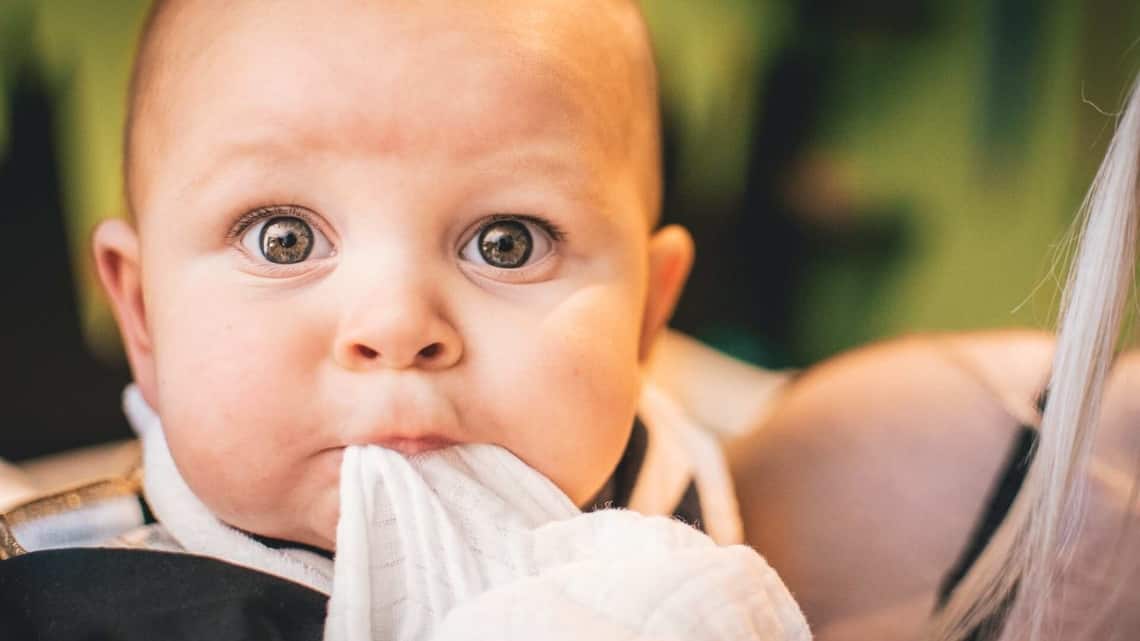 The new findings could one day provide researchers and physicians with a new tool to monitor healthy neurological development. Photo by Matt Walsh on Unsplash

Why do some babies react to perceived danger more than others? According to new research from Michigan State University and the University of North Carolina, Chapel Hill, part of the answer may be found in a surprising place: an infant's digestive system.

These fear responses—how someone reacts to a scary situation—in early life can be indicators of future mental health. And there is growing evidence tying neurological well-being to the microbiome in the gut.

Also read: How to fix your toddler’s fussy eating habits

The new findings suggest that the gut microbiome could one day provide researchers and physicians with a new tool to monitor and support healthy neurological development.

"This early developmental period is a time of tremendous opportunity for promoting healthy brain development," says MSU's Rebecca Knickmeyer, leader of the new study published in the journal Nature Communications. "The microbiome is an exciting new target that can be potentially used for that."

Studies of this connection and its role in fear response in animals led Knickmeyer, an associate professor in the College of Human Medicine's Department of Pediatrics and Human Development, and her team to look for something similar in humans. And studying how humans, especially young children, handle fear is important because it can help forecast mental health in some cases.

Also read: Infants may not have memories but they are learning

"Fear reactions are a normal part of child development. Children should be aware of threats in their environment and be ready to respond to them" says Knickmeyer, who also works in MSU's Institute for Quantitative Health Science and Engineering, or IQ. "But if they can't dampen that response when they're safe, they may be at heightened risk to develop anxiety and depression later on in life."

On the other end of the response spectrum, children with exceptionally muted fear responses may go on to develop callous, unemotional traits associated with antisocial behaviour, Knickmeyer says.

To determine whether the gut microbiome was connected to fear response in humans, Knickmeyer and her co-workers designed a pilot study with about 30 infants. The researchers selected the cohort carefully to keep as many factors impacting the gut microbiome as consistent as possible. For example, all of the children were breastfed and none was on antibiotics.

Also read: A kids' show shines the spotlight on autism

The researchers then characterised the children's microbiome by analysing stool samples and assessed a child's fear response using a simple test: observing how a child reacted to someone entering the room while wearing a Halloween mask.

"We really wanted the experience to be enjoyable for both the kids and their parents. The parents were there the whole time and they could jump in whenever they wanted," Knickmeyer says. "These are really the kinds of experiences infants would have in their everyday lives."

Compiling all the data, the researchers saw significant associations between specific features of the gut microbiome and the strength of infant fear responses.

The researchers also discovered that the content of the microbial community at 1 year of age-related to fear responses. Compared with less fearful children, infants with heightened responses had more of some types of bacteria and less of others.

The team, however, did not observe a connection between the children's gut microbiome and how the children reacted to strangers who weren't wearing masks. Knickmeyer states this is likely due to the different parts of the brain involved with processing potentially frightening situations.

"With strangers, there is a social element. So children may have a social wariness, but they don't see strangers as immediate threats," Knickmeyer says. "When children see a mask, they don't see it as social. It goes into that quick-and-dirty assessment part of the brain."

As part of the study, the team also imaged the children's brains using MRI technology. They found that the content of the microbial community at 1 year was associated with the size of the amygdala, which is part of the brain involved in making quick decisions about potential threats.

Also read: Number of twins being born are higher than ever

Connecting the dots suggests that the microbiome may influence how the amygdala develops and operates. That's one of many interesting possibilities uncovered by this new study, which the team is currently working to replicate. Knickmeyer is also preparing to start up new lines of inquiry with new collaborations at IQ, asking new questions that she's excited to answer.

"We have a great opportunity to support neurological health early on," she said. "Our long-term goal is that we'll learn what we can do to foster healthy growth and development."