A grumpy ladybug, a clumsy beetle and a lumbering brown bear are just some of the animals that have inhabited the author’s universe over the years, delighting children across the globe with their adventures 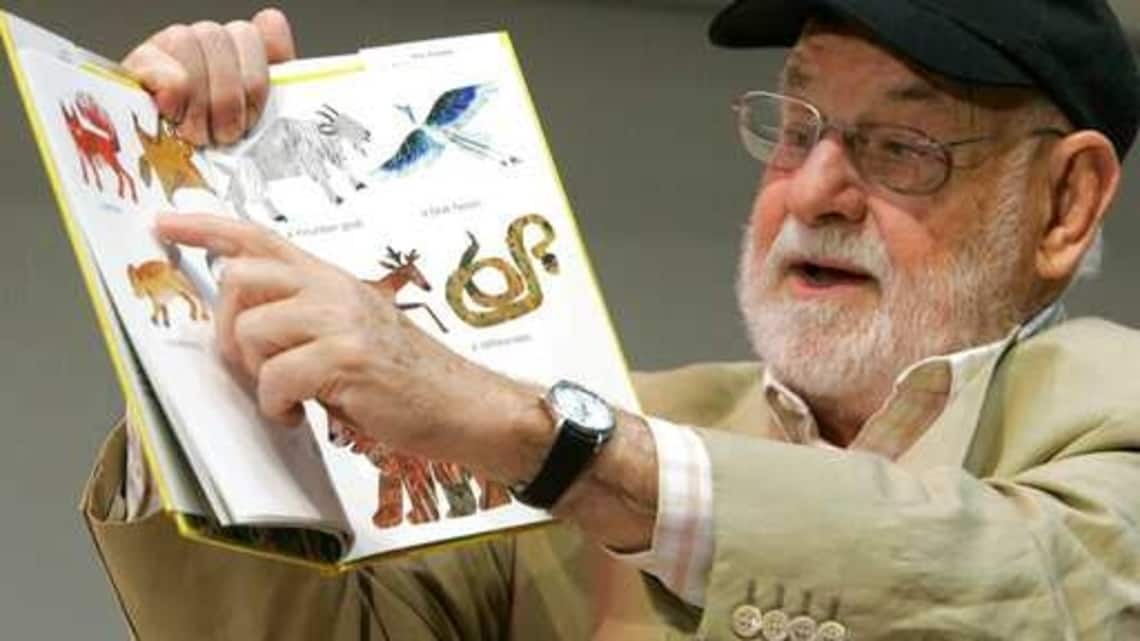 While The Very Hungry Caterpillar might have been every child’s introduction to Eric Carle’s books around the world—according to the Guardian, it is UK’s most read children’s book, read on average nine times each child—there are other classics by the author that your child simply must read:

The Grouchy Ladybug: “You’re not big enough” is a sentence nearly every child has heard umpteen number of times while growing up. Well, the sullen ladybug in this story also hears it over and over again as it challenges insects and animals, regardless of their size and strength. This vibrant and colourful book traces the adventures of this ladybug as she encounters a beetle, elephant, a whale, and more, during her quest for an opponent, finally learning to be cheerful at the end.

The Very Clumsy Click Beetle: Eric Carle’s books have always held interactive elements, and this one is no different. When it was published, it contained a microchip that created a clicking sound at the end, much to the delight of the kids. This lovely story is about a young click beetle that falls on its back, and no amount of manoeuvers can help it roll back over again. The book ends with the beetle learning how to get the right side up with just a teeny bit of help.

Brown Bear, Brown Bear, What Do You See?: This book was written and illustrated by Bill Martin Jr and Eric Carle, and was first published in 1967. Since then every preschool and kindergarten has had it in its library. It features a sing-song verse and question-and-response text, allowing kids not just to be passive readers but active participants in the story. While the story introduces children to animals, it also encourages them to think differently—so, there is a purple cat, a blue horse, a black sheep, besides a green frog, a red bird and a yellow duck. The later editions also included a grey mouse and a pink elephant as well.

The Nonsense Show: This one elicits a chortle from kids and adults alike, whenever it is read. This was part of Time magazine’s top 10 children’s books of 2015 and is described as a story in which “nonsense and surrealism combine to spark creativity and imagination.” So, you find a half leopard and half tiger sort of a creature within the pages, and also a yellow bird with human feet, and a steam engine with white sheep coming out of the smokestack.

Mister Seahorse: The story starts with Mrs Seahorse ready to lay her eggs. “Can I help?” asks Mr Seahorse, and she lays the eggs into a pouch in his belly. He promises to take care of them. Eric Carle’s sensitively-told story focuses on paternal love, as Mister Seahorse meets other fathers while drifting along, taking care of the eggs: a Mr Stickleback, who has built a nest, Mr Tilapia, who has his mouth full of eggs, and Mr Kurtus who is also watching over his lot. Mister Seahorse commends them on the fine job that they are doing and keeps his promise of taking care of his eggs.