With love from Scandinavia

From backpacks by Fjllrven to iconic Nylite sneakers by Tretorn, here's a lexicon of new fashion brands from the region to know about

Swedish philosopher and feminist Ellen Key described in her essay, Beauty For All (1899), a life that consisted of fewer but finer things—those that are functional and beautiful all at once. By the 1950s, Scandinavia (colloquially including the five countries of Finland, Norway, Sweden, Iceland and Denmark) witnessed a design movement characterized by simplicity, minimalism and functionality. It’s a design sensibility influenced in part by the stark beauty of the Nordic landscape, the harsh northern climate and a lifestyle that is driven less by excess and more by fulfilment. The long winters and reduced sunlight, for instance, have designers creating bright, light and practical interiors. It is visible in art as well: late-19th century Swedish artist Carl Larsson was known for his brightly coloured paintings, while innovative, futuristic shapes dominated the works of the late Verner Panton, one of Denmark’s most influential 20th century furniture-and-interior designers. Contemporary interior brands like HAY and Ikea are Swedish exports to the world.

With fashion, the focus is on functional—and often multifunctional wear—rather than occasional glamour. Importance is given to longevity, and there is a drive towards go-to staples that you can experiment with, add your own personality to and build your look around. Over the decades, from the bold prints of the 1960s and 1970s to the boho chic of the 1990s, the fashion sensibility of Norway, Sweden, Denmark and their neighbours has emerged as a distinctive “Scandi style".

Today, you can’t make a trip to any of the European fashion capital cities without walking into a boutique devoted solely to Scandinavian fashion brands, not to mention its deep impact on wardrobes via high-street or upmarket streetwear, like H&M. It’s what the chic Parisians and Londoners are buying, and what global celebrities are headlining.

We bring you a lexicon of the fashion brigade from Scandinavia. A Fall/Winter 2017 look from ACNE Studios

Ambition to Create Novel Expressions (ACNE) is a 21-year-old brand that has bridged the gap between high fashion, ready-to-wear and streetwear, with its headquarters in Stockholm and outlets in major fashion capitals of the world. 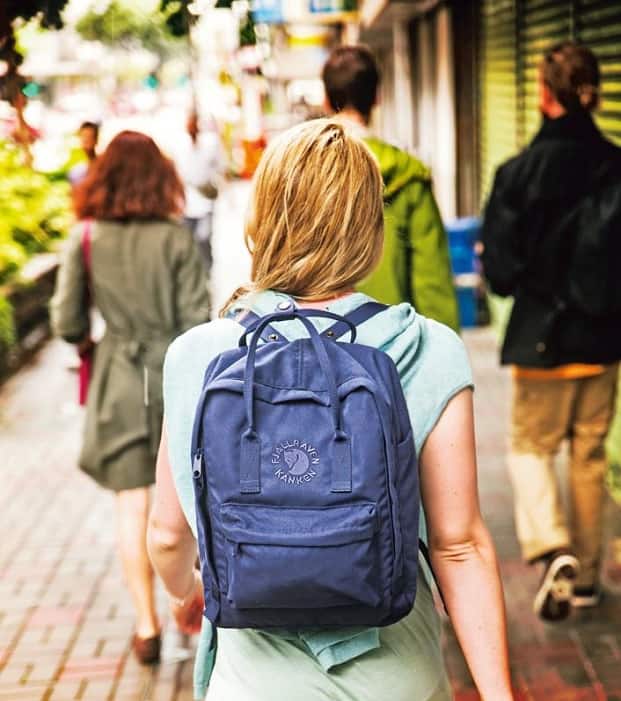 Chasing functionality entwined with a “cool geek" sensibility are brands like Fjällräven and Sandqvist. Fjällräven uses G-1000, its own hardwearing and versatile fabric born from founder Åke Nordin’s experiments with building mountaineering jackets out of tent fabric, while Sandqvist is inspired by the untrammelled rawness of the Nordic landscape.

Danish brand Ganni is an Instagram fashion wonder. In 2015, Danish model and photographer Helena Christensen took a selfie with her friend, actor Kate Bosworth, for Instagram (both wearing Ganni) and captioned it “#GanniGirls". It went viral, via digital influencers like Danish models who post images of the latest styles while on their summer break. What began as a niche cashmere line has taken the quintessential “Copenhagen girl" global, with celebrities like Jessica Alba and Kendall Jenner buying into the brand and concept.

Family-owned, heritage knitwear companies like the Swedish House of Dagmar (named after the founders’ late grandmother, a tailor) and Danish brand SNS Herning (specializing in knitwear geared for Nordic fishermen) focus on the basics. Dagmar has defined the term “expressive knitwear", where inspiration is taken from architecture, contemporary art and culture, focusing on textures and cuts.

The major street in the city centre of Copenhagen, Denmark, offers a wide range of shops and smaller boutiques.

In 2014, the Swedish multinational H&M Group was valued at €13 billion (around Rs99,300 crore), the highest-valued fashion brand in Europe. H&M also owns Cheap Monday (known for their hip skinny black jeans in the 1990s), the trendy & Other Stories, the younger-apparel brand Monki, and COS (Collection of Style), the unobtrusive brand which takes high-street wear into a chic new realm. 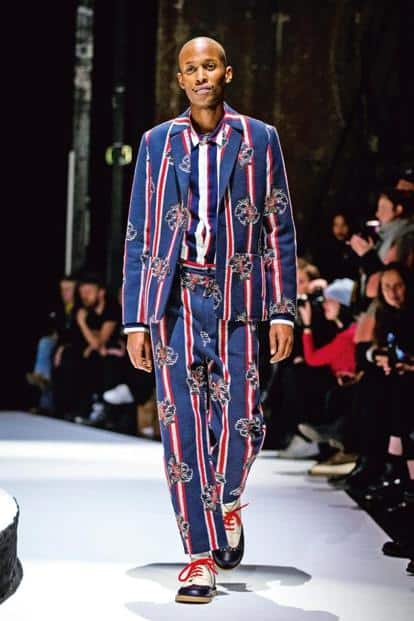 The award-winning, Copenhagen-based Henrik Vibskov is known for his avant-garde and forward-thinking designs in clothing (particularly men’s fashion), furniture, art and music. He is often associated with the “New Nordic Movement", especially due to his serious runway fashion credentials.

The latest re-invented version of the classic Nylite sneaker from Tretorn, which became a favourite among tennis stars Björn Borg and Martina Navratilova.

Swedish brand Tretorn has expanded from weather-ready rubber boots to casual and performance footwear, with canvas shoes like Nylite and Racket. The brand that was born in 1891 holds a warrant of appointment to the Swedish royal family, making it an exclusive supplier to the court.

Sweden’s famous “toffel" clog has found its way into contemporary times with a modern look and vintage twist. Available in 22 countries, Swedish Hasbeens toffels (expanded from platform sandals to loafers, heels and clumpy boots), bags and belts are based on the original 1970s models, and are handmade with ecologically prepared natural grain leather. Meanwhile, award-winning footwear designer Camilla Skovgaard’s edgy spike heels and moulded platforms, which count patrons in actors Halle Berry and Kristen Stewart, and singer Rihanna, are available in 33 countries.

Denmark’s wet climate has led to a surge in brands that factor in the weather. RAINS works contemporary cuts with weather-ready textiles, including classic rain anoraks and other waterproof apparel and accessories. Elka has rubbery, heavy gear, while Stutterheim applies the rubber fabric to handmade raincoats and SWIMS has a wide range of accessories made from 100% waterproof material.