Is polyamory simpler than monogamy?

Many anthropologists see polyamory as a natural state of being. But the main question to ask is whether you have the emotional maturity to handle it 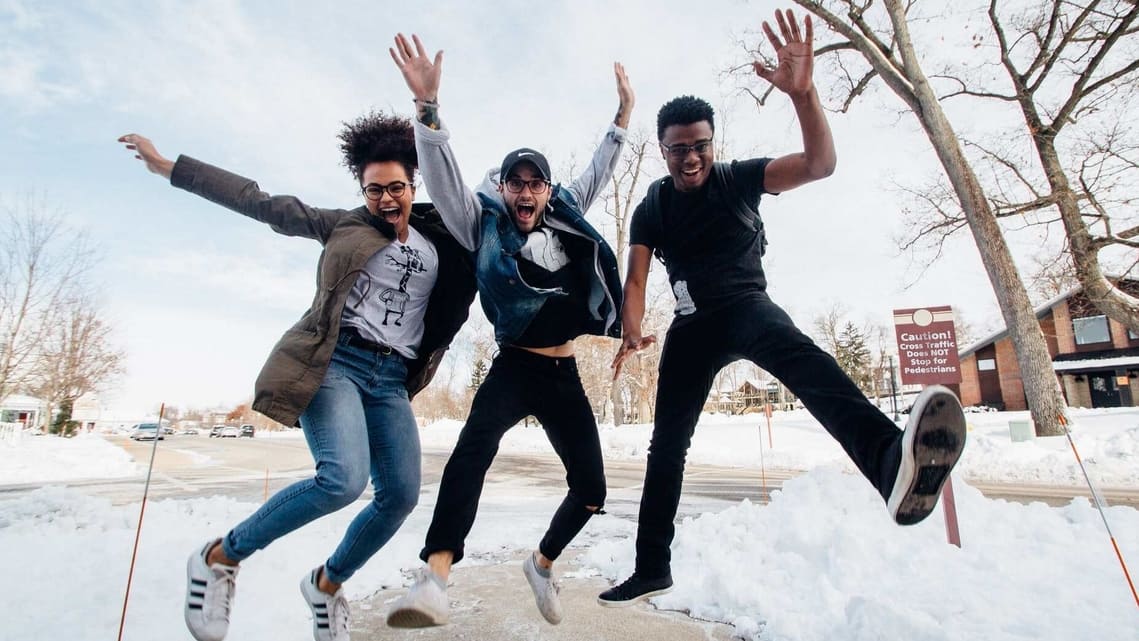 Four things need to be kept in mind: consent, trust, communication and mutual respect for everyone involved. Photo by Zachary Nelson on Unsplash

In one of the episodes of ‘Love Aaj Kal’, we had a nineteen-year-old, who was polyamorous. Now, as ancient as Ankit and I are, we were so surprised that such a nuanced (according to us) relationship type could be managed by a such a young person. Let’s not get into if it’s okay to call a nineteen-year-old a child – for anyone over thirty, a nineteen-year-old is a child. Anyway, here was this young girl telling us why she was good with polyamory.

For starters, what is polyamory? According to Wikipedia, polyamory (from Greek poly, ‘many’ and Latin amor, ‘love’) is the practice of, or desire for, intimate relationships with more than one partner, with the informed consent of all partners involved. It has been described as ‘consensual, ethical, and responsible non-monogamy’.

Hmm. Well, what that basically means is that you can be with different people – sexually, emotionally, mentally—they all know that, and so it isn’t cheating ... and they all are okay with it. So, there is no heartbreak. At least there shouldn’t be.

So, this is what she told us. She said she was in love once, but it didn’t work out and was pretty painful. And so, the wise one that she was, she decided to not be in one relationship the next time—as in not putting all her eggs in one basket. And so now, she was mentally excited by boy A, sexually satisfied by Boy B, and emotionally fulfilled by Boy C. And everyone knew about everyone. It didn’t mean that she cared less about one person, she liked all three. In fact, she had healthy, warm and caring relationships with all of them.

In fact, many anthropologists see polyamory as a natural state of being. Legendary French sexual therapist, Esther Perel’s work draws on studies that demonstrate that women are not, in fact, biologically conditioned for monogamy: they are much more likely than men to experience a loss of sexual desire in long-term relationships and are more aroused by novelty than men. In fact in her book, The State of Affairs, she writes, ‘The human imagination has conjured up a new Olympus: that love will remain unconditional, intimacy enthralling, and sex oh-so-exciting, for the long haul, with one person. And the long haul keeps getting longer. It’s no surprise that this utopian vision is gathering a growing army of the disenchanted in its wake.’

'The L-Word' is about modern love: from ghosting, polyamory, love in the times of social media to more every-day problems like heartbreak, infidelity and more

They say it was the common way of life before the Agricultural Revolution. Ancient tribes existed in which sex was shared as commonly as food, even between people of the same gender. The paternity of children was a non-issue because there was no property to inherit and children were raised in common by the whole tribe. Arguably, since the above factor was absent and men didn’t ‘possess’ women, there was no jealousy, fighting over women and abuse.

Doesn’t that sound absolutely amazing? But wouldn’t that be hard to do?

I, for one, wouldn’t opt for polyamory. Love, universal as it is, is best felt in the romantic way with one person. If you love someone, you want to give them your all—emotionally, mentally and physically. If you had to divide all of these, you have friends for that—there is a friend who is the one you talk about books with; there is one whom you converse about the universe and its magical nature; there is another who you get drunk with and make bad decisions. But those are friends. Romantic love, for me, is ideal with one person.

Will Smith and his wife, Jada Pinkett Smith, said they were in an open relationship, and didn’t want to avoid anything that ‘happened naturally.’ They said it didn’t mean they didn’t love each other. I guess they mean attraction and even the ‘acting on attraction.’

The main question to ask is how do you get yourself to the emotional maturity where you are okay with your lover being sexual with someone else, or talking about their hopes and dreams with someone else.

But, there are always two sides of the coin. The journal, Social Psychology, suggests that polyamory means more relationships and that leads to more needs met. In the end, is it fair to laden one person with all your hopes and desires? Won’t that lead to disappointment? The study continued to say that ‘people in polyamorous relationships may better be able to experience both nurturance (the comfort and security associated with long-term relationships) and eroticism (sexual pleasure and passion associated with new partnerships) at the same time.’

But if you do decide to go with polyamory, as it seems simpler than a monogamy, please bear in mind four things: consent, trust, communication and mutual respect for everyone involved. A human heart is a fragile thing, and you would want to treat it well, even if you are not entirely responsible for it. Set down the rules, lay down the law, be as open as you can be, and then give all of these relationships the best of what you are in it for.

Remember what Carrie and Mr Big once said to each other, ‘You create your own rules.'

Excerpted with permission from Aastha Atray Banan's 'The L Word: Love, Lust and Everything in Between', published by HarperCollins Publishers India