| Logout Log in/Register
Home > Relationships> It's Complicated > How to become an LGBTQ+ ally at work, home and life

How to become an LGBTQ+ ally at work, home and life 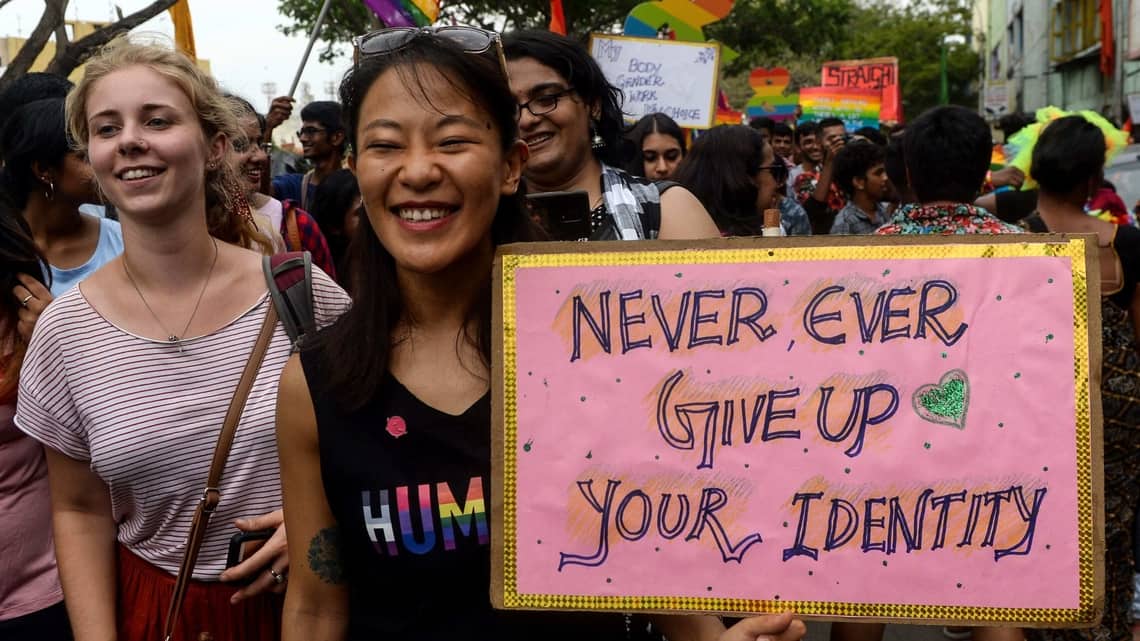 The word ally, commonly used in politics and diplomacy, connotes support and mutual cooperation. But an ally worth its salt knows that being one isn’t easy—especially when the balance of power among the parties is skewed. This tightrope walk is apparent in the world of business, especially in the corporate sector, where globalisation and integrated work cultures have forced local offices to rethink polices about inclusive workplaces.

equALLY: Stories By FRIENDS Of The Queer World, edited by Srini Ramaswamy and Ramkrishna Sinha (Rupa, 168 pages, ₹395), presents a snapshot of the changes that are affecting major businesses operating in India, especially since 2018, when the Supreme Court read down Section 377 of the Indian Penal Code, which criminalised sexual minorities in India for 150 years. Ramaswamy and Sinha are founders of Pride Circle, an organisation that consults with a bevy of companies, from multinationals to home-grown startups, on diversity and inclusion (D&I) policies. Their initiatives include job fairs aimed at recruiting LGBTQ+ employees, apart from organising conferences, outreach programmes and social media campaigns to spread awareness about biases against sexual minorities.

equALLY is a valuable addition to the growing resources for building social equity in the workplace and beyond. The function of an ally, Ramaswamy writes in the Introduction, is to not only ensure the creation and implementation of correct policies but also “help reduce a tiny bit of the emotional and mental baggage that the LGBT+ people are compelled to carry”. One of the heartening aspects of the book is the rich diversity of perspectives. From actor Nandita Das to parents with LGBTQ+ children, to school-going young adults, equALLY aims to capture a veritable rainbow of the ally spectrum.

Given the preponderance of high-ranking corporate executives (CXOs, HR leaders, and so on) who write in the anthology, a handful of themes keep surfacing: medical insurance coverage for partners (irrespective of gender), broadening the definition of “family” in HR policies, support for the gender transition of employees, gender-neutral washrooms, and expanding the scope of policies meant to address harassment at the workplace. But the voices that stand out, amid the usual avowals about making the right business case, are the ones drawing on reserves of personal experiences.

Koushumi Chakraborti of Infosys writes boldly about her experience of raising an intersex child. Instead of dwelling on the difficulties (there are plenty, for sure), she chooses to focus on the core values she cultivates as a human being and mother. Gunveen Ahuja of HSBC describes her journey from a conservative family in Chandigarh to becoming Pride India Lead at her company, with honesty, as does Pankajam Sridevi, managing director of the Indian chapter of the Commonwealth Bank of Australia. In Sridevi’s case, there is an attempt to confront old prejudices and reckon with moments when those blocks wash away. While none of the testimonies is about conquering overt personal homophobia, several allies claim to be working hard at changing the mindset of their families and friends, outside workplaces. That, indeed, is the mark of a true leader—an ace human being, who doesn’t live by one set of rules and follow another at work.

The idea finds beautiful expression in the concluding lines of the essay by Anjali Gopalan, founder of Naz Foundation: “I find it hard to think of the sexual minorities within my extended family of friends as ‘them’ or ‘other’,” she writes. “This is why I find the word ‘ally’ to be extremely new and strange. All I have been is a friend to people from the LGBT+ community and they have been nothing more than loving friends to me.”

Also Read: Why LGBTQ+ Indians deserve the right to marry