| Logout Log in/Register
Home > Relationships> It's Complicated > How did I feel after shaving my head?

How did I feel after shaving my head? 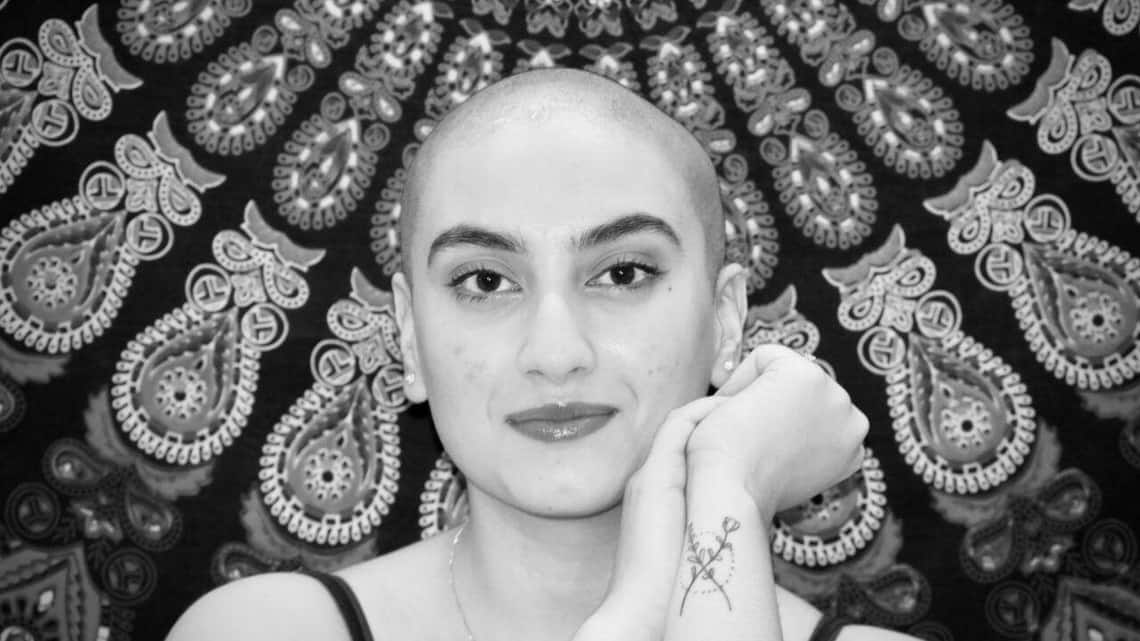 Shaving my head was an act of self-help. It’s a major work in progress but it’s taught me to put myself out there.

It was Saturday and while oiling my hair, I looked at myself in the mirror and saw my hair clumped together, looking thinner than before—I could see my entire scalp. “I am actually going bald,” I said out loud to my sister. She replied, "Let’s get bald, together." The next thing I knew, I was shaving my head. With every bunch of hair falling in the basin as I was gliding the razor, I could feel my breathing getting heavier and in no time, all that hair was off my head. Shaving my head was the scariest yet the most liberating thing I have ever done.

I have always had very thin hair. Maybe it's genetic since my mother has had the same issues. As a child, it didn’t bother me—I was too busy being in love with my eyes and nose. It was all "self-love" until friends and relatives started pointing out that something was not right with my hair. Adolescence is a period of an increased evaluation of body and appearance already, and people wouldn't stop talking about my hair, to the point that it affected my confidence and self-esteem. In school, we had to tie our hair in two braids and I remember taking 20 minutes every morning before school just to perfectly pin my hair so that my scalp didn't show. It was harrowing and sometimes all I wanted to do was cry.

In 2018, I moved from Jammu to Delhi for my graduation. The pollution made things worse—my hair loss got severe, and I could actually see a large part of my scalp. My own family began joking about it, and even though I knew they meant no harm, it did hurt me. I was called "bald" by some, while others wouldn't stop advising me on what I should do. I was not allowed to just be. There was a point where my confidence was so shattered that in close-up pictures, I would avoid showing my head.

I think my relatives and friends were unaware of the trauma my hair loss was causing me. I tried everything to keep my hair on my head—from topical lotions to hair oils to micro-needling and to possibly everything in the fridge.

One of the memories that has stuck with me is me applying a brown eyeshadow on my scalp before taking a photograph on my 20th birthday. It made me realise the toxicity of my relationship with my hair. While I was applying that eyeshadow, I remember being embarrassed about the fact that I was not ready to accept myself the way I was.

Also read: Why does motherhood have to be equated with martyrdom?

My mother would often talk about men shaving off their heads during winters in Kashmir—when people would mostly stay indoors for a couple of months—with this notion that once their woollen beanies were off in spring, they would have super healthy hair. Ever since then, the idea of shaving my head had tempted me. I did not know I had the courage to do it until I actually did it.

Turns out, the pandemic and the lockdown proved to be my Kashmiri winter.

At the same time, there were quite a number of people who weren’t supportive of me shaving off my own hair. Apparently, the fact that I wanted it wasn't a good enough reason for them.

How did I feel after shaving my head?

Empowered? Heck, yes! It made me wonder how much control I really had over my own body if I allowed people to dictate what should be done with my hair. I have been a people pleaser for most of my life, and it wasn't an easy decision. At the same time, I have some incredible people who have been extremely supportive. My father, who keeps shaving his head off and on, gave me his expert tips on how to accomplish this mission like, “trim your hair first and then shave it”.

My mother was at work when I told her about shaving my head. When she came back, she touched my head and said, “This is smooth”. But what really moved me to tears is my 14-year-old sister who was willing to shave her head if that’s what it would have taken for me to feel confident about it. The first person I made a video call to was my cousin in Delhi (since the pandemic started I have moved back to Jammu), who she said my eyes looked even more beautiful now.

Shaving my head was an act of self-help. It’s a major work in progress but it’s taught me to put myself out there. I am finally in a comfortable place where I feel confident in my own skin, where I don’t judge my appearance so harshly anymore, and a large part of that has to do with the fact that I refused to accept the shame that came with not looking perfect enough. And so, every day I choose to hold my head up high and feel beautiful about myself. I haven’t decided yet whether I will keep my hair short or let it grow, but I know it won’t be as hard a decision as it was before I took the plunge and liberated myself.

I read this somewhere, and felt it had to be passed on: “Sometimes all you need is twenty seconds of insane courage, just literally twenty seconds of embarrassing bravery. And I promise you, something great will come of it.”

And 20 seconds is really all it took!

Sharan Anuraj is a final year journalism student at the University of Delhi.