People, whose loved ones believe in QAnon, are joining online support groups to deal with conspiracy distress 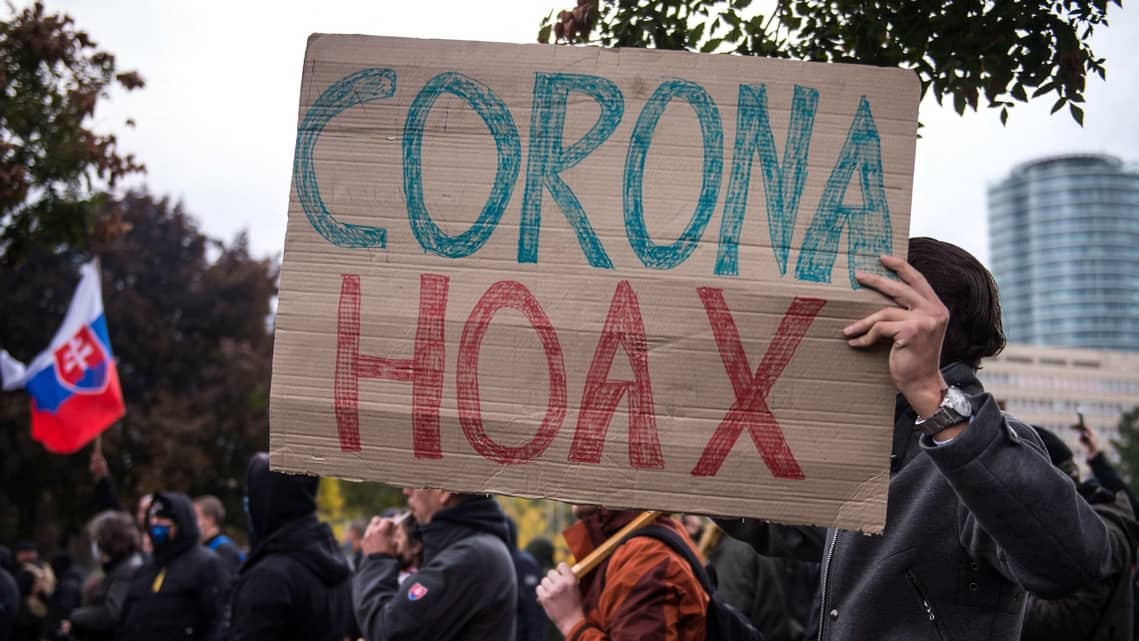 Conspiracy theory believers are claiming to be battling the control of their minds by a ruling class that invented the Covid-19 pandemic for its own ends. (AFP)

A loved one suddenly becomes a stranger. A dad, a mom or a friend lost to a parallel world made up of conspiracy theories and dangerous fantasies that are destroying couples and families. What started as random theories on the internet are fast spreading into a movement, with real consequences offline.

Giving a glimpse into the impact these conspiracy theories are having on people and their familial and social ties, a forum on the US website Reddit has come up. QAnon Casualties, launched in 2019, has more than 1,50,000 members whose loved ones believe in QAnon, an extremist movement claiming that former US president Donald Trump has been leading a secret war against Satan-worshipping paedophiles.

Also Read: Why you should address vicarious grief

The visibility of QAnon - which has never produced proof for its claims - got a boost when some of the movement's members were in the crowd that attacked the US Capitol in January.

The Reddit forum's members offer each other support for conspiracy distress. They help people deal with people close to them who subscribe to outlandish claims, with hostility towards Covid-19 vaccinations now high on the list of topics.

"My mother has gone full QAnon. I have baby-stepped around the issue, but it's gotten out of hand," said one user. Another user posted that his family has been ripped apart from Q insanity. "I can't talk to my two younger brothers at all because they're literally obsessed with Q and adjacent nonsense about vaccines, the election, etc.."

The movement takes its name from "Q", believed to be a former US senior official close to Trump who posted cryptic messages alluding to conspiracies on social media.

People with conspiracy believers in their lives are often reluctant to come forward, feeling ashamed at an uncle who believes that the Earth is flat (a "flat-earther"), or a husband who threatens to disown his children if they wear face masks to protect against Covid-19.

A French retired teacher, who identified himself only as Yves, said he was stunned when an old friend posted "the pandemic is bogus" in a WhatsApp group. Yves had known the man for 50 years "and we've often had lively debates, but never, never have our views of reality been this far apart".

Conspiracy theories usually spread when people feel that they are being lied to, said Marie Peltier, an author and expert in the field. The 9/11 attacks in 2001, she said, were instrumental for contemporary conspiracy theories, amplified by social media, while more recently Covid-19 had become a focal point. "Conspiracy theories offer an explanatory software that designates the heroes and the villains. That's a big part of their success," she said.

French bookseller Paul (not his real name) still finds it hard to come to terms with how his mother, fearful of a second coronavirus lockdown, left her home late last summer. She joined a man, who had bought an entire village in Bulgaria to house a community of French people wishing to escape restrictions at home. "My mother has become completely inaccessible. She has gone through the looking glass to the other side," said the 48-year old.

Even before her departure, Paul's mother she lived like a recluse and "spent an incredible amount of time online, looking for answers to her rage against the injustices of the world", he said.

From backing the far left in the 1970s, including terror attacks committed by the Red Brigades group, Paul's mother moved to the far right - "with Putin as a screensaver on her PC" - and joined a group denouncing alleged Zionist plots. The lockdown was the last straw and Covid confirmed all her theories about the end of the world, he said.

Pascale Duval, spokesperson for French anti-cult association Unadfi, said not many return. The believers in conspiracy theories typically go through a triple break from society. "First, a person will completely modify their values and their identity to mark their loyalty to a community. Then they will cut themselves off from their core environment making dialogue impossible, and finally they break with society," she said.

Duval said that behind every cult movement there is a "political project, or at least a societal one", saying extreme forms of New Age beliefs found in some personal development, yoga or vegan circles could serve as gateways into conspiracy theories.

QAnon's approach is marked by "the hyper-aggressive way these beliefs are shared, and the disconnection that happens when the loved one doesn't want to go down the Q rabbit hole," said writer Mike Rothschild. His book The Storm is Upon Us: How QAnon Became a Movement, Cult, and Conspiracy Theory of Everything will be published next month.

Sometimes people make their way back into the world they left behind, maybe after suddenly noticing that something in their newfound theories doesn't quite gel, said Rothschild. "That opens the door for further questioning, which usually is the start of a long and painful process of realising how wrong they were," he said, adding, "But it's rare so far."