A rancher shows the way to coexist with jaguars

In Colombia, a cattle farmer is willing to incur loss of few cattle to conserve the large spotted cats 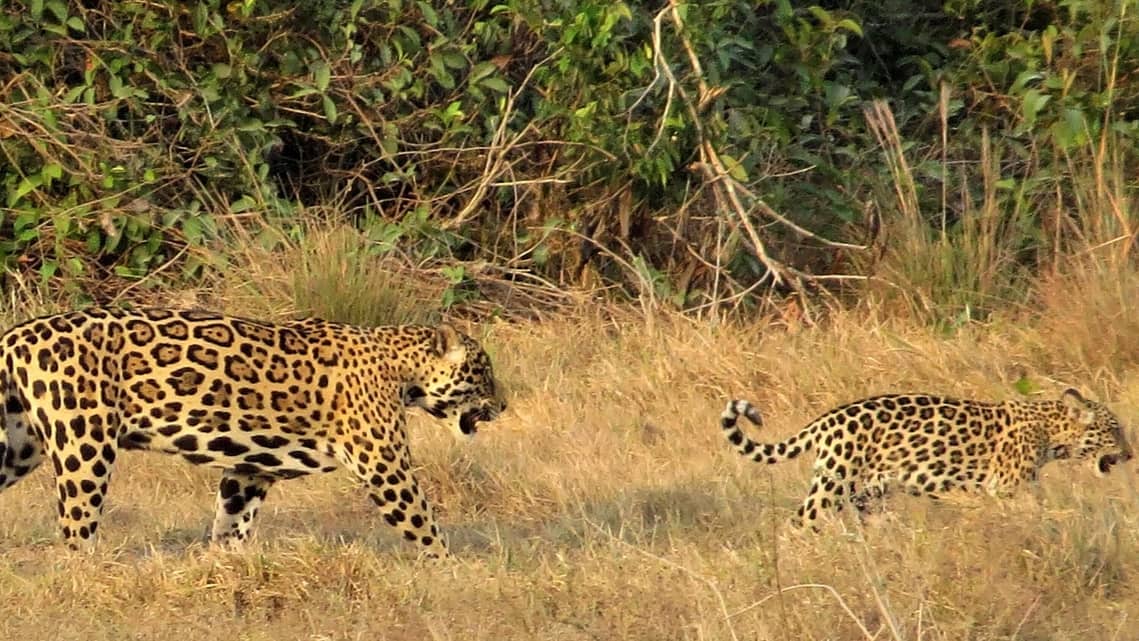 About 55 other Colombian farms too are now sacrificing part of their farm as natural reserve to better their relations with the Jaguars. (AFP)

On the plains of eastern Colombia, an age-old conflict between man and beast plays out on a daily basis. Jaguars attack cattle. Farmers retaliate with shotguns. But rancher Jorge Barragan has declared a unilateral truce with the carnivorous cats. In fact, Barragan, 61, seeks the cats out rather than dreading a sighting.

Barragan has taken a liking to the largest feline of the Americas, and says he does not mind sacrificing a few head of cattle to do his part to conserve the deadly hunters that have captured his imagination. About ten years ago, Barragan decided to sacrifice part of his family farm, La Aurora, to the savanna that provides shelter and food for jaguars he says are "worth more alive than dead." The family has long banned hunting of wild animals - jaguar food - on the property.

Also Read: A First Feline comes to White House, as the Bidens get a cat

A large part of Barragan's day is spent combing through footage on hidden cameras dotted across the farm, which has also become a nature reserve, in Colombia's eastern Casanare department.

In the pictures, he encounters old feline friends and discovers new ones. But it is not always a happy coexistence. The cats, which can weigh 100 kilograms and measure some six feet in length, frequently cross his property and sometimes, the cattle fall victim - as many as 100 per year at a loss of some $300 per head.

Barragan, however in part, makes up the losses through visits by scientists and tourists hoping to catch a glimpse of one of the majestic spotted cats. In 2018, the farm drew some 160 visitors per month, paying $30 per person per night. However, this revenue stream has run dry during the pandemic.

The jaguar is listed as "near threatened" by the International Union for Conservation of Nature. Population numbers are decreasing, with farming, residential and commercial development among the main threats. "Jaguar-livestock conflict is a serious threat to jaguar survival. There are few areas within Jaguar range that can be considered safe (for the cats)," states the IUCN.

For Barragan, "a culture was created of killing the feline to stop the problem" of livestock losses. "But we are doing the opposite," he said, proudly. The rancher said he inherited a deep respect for Nature from his father. However, the love affair with the jaguar began when he saw a photo of the predators in 2009, taken on a hidden camera a student had left on the farm. "We knew that we had (jaguars) in the savanna, but I was very moved when I saw that first photo," he recalled.

Also Read: Alex, the therapy bunny, steals hearts at a US baseball tournament

Over a decade later, Barragan has given names to many of Jaguars that visit the farm, each sporting their own unique coat pattern. And has identified 54 individual jaguars, said Samantha Rincon, of the Panthera foundation dedicated to feline conservation.

According to Panthera, about 55 other Colombian farms are now following in La Aurora's footsteps, seeking to better coexist with the jaguars they used to regard as the enemy. Measures include introducing more spirited steers to defend the rest of the herd in the event of an attack, halting deforestation and putting a stop to hunting jaguar prey such as capybaras. "By taking away the jaguar's habitat, by eliminating its prey, obviously it will go in search of domestic animals for food," said Rincon.

Due to the man-animal conflict, there are some 15,000 of the cats left in Colombia, and about 170,000 in the Americas as a whole, says Panthera. The species once stretched from the southern United States to northern Argentina. Now, its range has halved, and it is extinct in several countries. Climate change too is taking its toll. In 2016, a strong drought killed off large numbers of capybara, giant rodents that form a large part of the jaguar diet.

Barragan said he would love to see more farmers commit to protecting the felines. "Finding a cat on a cattle farm always produces a certain fear... but our experience shows that we can coexist with the jaguar," he said.