A project to bring feminism to Indian men It’s not every day that an engineer decides to take a break from a successful career in San Francisco; but Rajat Mittal is on a unique path. Born and raised in Mankapur and Raebareli towns in Uttar Pradesh, Mittal saw first-hand how patriarchal norms were strictly and unfairly enforced in India. Despite attending a co-ed school, Mittal says he was not encouraged to interact with female classmates. While recalling other examples of Indian women being treated as second-class, he added, “It’s common for them to serve food to the men in the family first and eat later. I’ve seen things like that in my grandfather’s house with extended relatives.”

After getting a Master’s degree in Arts, Media and Engineering from Arizona State University in 2009, Mittal worked as an web developer and product engineer until 2013 when he decided to foray into publishing. The 36-year-old, who already has two titles under his belt, has been using his literary skills to expand the roots of gender inclusivity in society for almost two decades. He has now turned his sights to Boyish, his anthology of essays that dissects traditional notions of masculinity and hopes to redefine them.

Mittal published Menstrupedia, a first-of-its-kind comic that teaches children about menstruation, in 2014. “When I started on the project, my education on how girls menstruate was basic,” he confesses. However, while researching data required for Menstrupedia, Mittal updated his knowledge on women’s healthcare. The comic book, used by 10,000 schools and 270 NGOs, has now reached 1.7 million girls across 18 countries and also won the prestigious Laadli Media Award in 2016.

Mittal’s second book is thematically similar and draws inspiration from Good Night Stories for Rebel Girls, a book featuring the accomplishments of women from Malala to Michelle Obama. “But I felt this book lacked representation,” he says, explaining the inception of She Can You Can (2019).

With co-author and wife Garima Kushwaha and illustrator Anastasia Damani, Mittal created She Can You Can to highlight the lives of exemplary female figures in India. “Indian women have largely been written out of history and in the process of getting this book published I learnt about these iconic women myself,” he says. Both books aim to introduce feminist ideas to younger generations while they’re still forming foundational beliefs about gender. Mittal’s latest literary endeavour—Boyish—is another attempt at dismantling the patriarchy, page by page.

Currently, Boyish is a monthly newsletter made in collaboration with illustrator Ajin Mohan. Subscribers receive a total of 12 essays discussing men who have redefined masculinity. For example, the first issue of the newsletter charts the journey of male ballet dancer Manish Chauhan. Another piece explores the ill treatment of male nurses in India, a country already reeling under a shortage of nursing professionals with only 1 nurse for 675 people.

Rajat Mittal's 'Boyish', an anthology of essays, dissects traditional notions of masculinity and hopes to redefine them

Mittal writes, “This topic of lack of men in nursing is well researched globally and the reasons are the same universally: low respect by peers and families, constant bullying and teasing about manhood and the worst of all: a constant threat of their touch being construed as sexual… I am certain that men don’t become nurses not because they lack empathy or the competency to care for others, but because our culture forces them to feel small and ashamed of showing empathy”.

While men dominate much of the corporate world, gender binaries have locked them out of holistic development, he says. Even as an engineer, Mittal believes that an education in the arts and humanities is needed for young boys to get nuanced ideas about masculinity.

Since Boyish launched online in January this year, approximately 15,000 people have landed on its site. Mittal already has about 400 subscribers whom he calls “intentional readers”. He says, “I want the reader to feel that the story is worth their time.” Unlike She Can You Can or Menstrupedia, Mittal’s work in Boyish caters to an older audience as it deals with sensitive topics like sex work. But speaking directly to adults has its benefits too.

“I can reach out to other people marching towards fatherhood and help them avoid the same traps of conditioning,” he says as a loving dad to his two-year-old son Ihaan. In fact, some subscribers have even contacted Mittal directly to discuss their views on gender because they feel more comfortable speaking to him privately than sorting through their conditioning publicly on social media.

With his three projects, Mittal wants to bring gender-based discrimination to light. “It took a lot of time for me to receive acknowledgement that this is valuable work,” he says. “People usually view gender education as helpful, not essential. I hope our work changes that.” 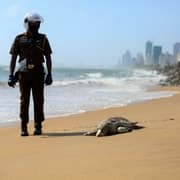 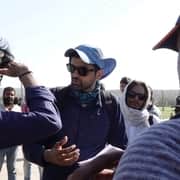