Your wish is granted

Imagine you are off to Bangkok on a holiday with your friends or family. You are a foodie. You look forward to all the lovely Thai food but still yearn to go to that world-famous restaurant called Gaggan, that has often been featured in the list of world’s 50-best restaurants. Run by Kolkata-born Gaggan Anand, the place serves molecular Indian food that comes to life on your plate using technology, tools and devices and attains various shapes and forms. According to Bloomberg, this restaurant gets about 500 reservation requests a day. According to reviews of disappointed patrons on online travel forums such as TripAdvisor, the waiting list could stretch to months. How can you possibly book a table here given how difficult it is to get in? 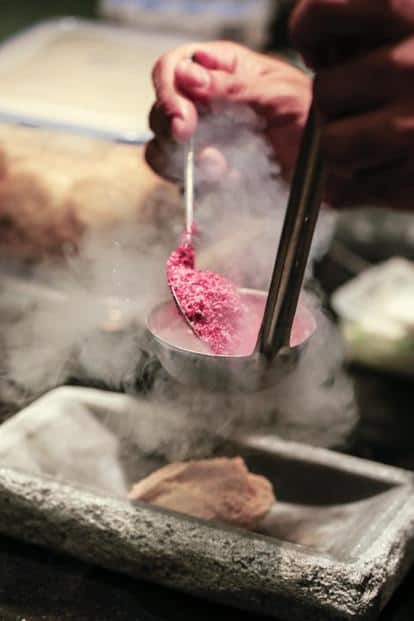 A dessert being prepared at the Gaggan restaurant in Bangkok.

Short of rubbing the lamp to summon a genie, concierge services could make the impossible, possible. They are your personal assistants meant to get you anything, everything. Well, not really everything. “We only help in legal requests, obviously. The few that may cross the line are politely turned down," says Arjun Chowdhry, managing director and head, Credit Cards and Unsecured Lending, Citibank India. Citibank provides concierge services to two of its most premium credit card customers: Citi Prestige (annual fee is Rs20,000 a year) and Citi Ultima (Citibank refused to divulge the annual charges as it is a “by-invitation" card). American Express offers concierge services on two of its credit cards: Platinum (annual fee is Rs50,000 plus taxes) and Centurion card (like Citi Ultima, this is a by-invitation card only and Amex too refused to reveal the annual fee; there is a joining fee here as well). But what does a concierge service do, really?

To put it simply, it’s a genie in a bottle. You want something? Just ask for it and your concierge will get it for you. From procuring restaurant reservations that have a waiting list of a few months, to helping you make customized travel plans (not just to book the cheapest air ticket, but, say, you want to book a private yacht that sets sail from the French Rivera with a Hindi-speaking crew and a vegetarian kitchen on a very specific date), to getting tickets at Wimbledon Tennis Championships where tickets don’t go on sale on the internet but you have to apply for in a ballot, to giving you exclusive access to a store abroad, you name it and you got it. In India, there are several firms that offer concierge service. Besides Citibank and American Express Bank, which offer the service on select credit cards, there are stand-alone firms like Quintessentially. The company offers two membership plans: Elite Membership (a highly personalized level of membership, targeted at the uber rich, and costs Rs10 lakh a year), and Dedicated Membership (this comes with certain personalized limitations and costs Rs3.5-5 lakh a year).

Citibank’s and Amex’s premium credit cards have relationship managers that members can call and place requests. “No longer is luxury a tangible object at a price, but has become more of an experience. It is defined, not by income alone, but by a preference, a passion. And money is not the primary decider. It is the pleasure of fulfilment. It has become imperative therefore to anticipate consumer aspirations, driven by changing lifestyles, to be able to provide, even before asked, what the consumer may seek in the quest for luxury. Affluent consumers are willing to pay a premium. They appreciate finer things in life," says Manoj Adlakha, chief executive officer, American Express Banking Corp., India.

“It’s not always about exclusivity and indulgence. There are often occasions where our concierge has been called upon to help with requests of a more serious nature too. I remember occasions where we have been able to arrange important over-the-counter medications for our clients, as well," adds Chowdhry.

No longer is luxury a tangible object at a price, but has become more of an experience. It is defined, not by income alone, but by a preference, a passion. And money is not the primary decider. It is the pleasure of fulfilment.-

If you do not have these credit cards, you can turn to firms that specialize in global lifestyle services, like Quintessentially. The UK-based concierge firm was launched in London in 2000 and came to India in 2010. It is present in 60 cities worldwide. Some concierge firms, including Quintessentially, boast of an international presence and therefore a global network of partners to be able to fulfil requests.

Some such requests include: walking down the red carpet at the Cannes film festival (an Amex’s card member had this wish come true), helping a wife plan a surprise visit to the Airbus factory in Hamburg, Germany while on holiday (a customer of a bank that outsources its concierge services to Aspire Lifestyles, a concierge services provider), attending fashion shows like that of Victoria’s Secret (a Quintessentially member attended this one recently), getting last-minute tickets for music concerts (another Quintessentially member had arranged for his child to meet and greet pop singer Shawn Mendes and also got the firm to get tickets for the concert), getting a customer’s initials engraved on toilet paper like the one he had in a five-star hotel he had stayed in London (an Amex customer).

Apart from banks, there are real estate and insurance companies as well as global hotel chains that offer concierge services to their top-end customers. But since it’s important for service providers to have relationships with multiple entities all over the world to make all sorts of dreams come true, it’s not really possible to have so many relationships. Here come firms like Aspire Lifestyles. These firms, mostly global, specialize in offering concierge services the world over; banks such as Citibank tie up with them to process requests. For instance, Aspire has direct relationships with more than 400 restaurants across 22 countries and 50 cities. It charges its customers, such as banks and wealth management firms, a certain annual fee. In simple words, these are white-label concierge service providers.

But concierge services need not be all this big. They could be local firms as well catering to just a town or two. Galaxy Elite Membership Club is one such small concierge services firm which caters to people living in Vapi, an industrial town in southern Gujarat. When its co-founder Nirmit Nabar returned from the US in 2014, he wanted to pursue an entrepreneurial opportunity. Living in Bengaluru in those days with a family friend who was a senior employee in a private equity firm and who was helping him scout ideas for a “good start-up", Nabar chanced upon a US-based concierge firm called Magic that was launched in 2015 and promised to deliver anything (legally, of course), anywhere. A text-messaging service, you send an SMS with your request to Magic, and you get what you want, for a small premium.

Nabar, though, was quick to foresee the sort of delivery problems that Magic faced in the US, initially, as it struggled to keep pace with a tsunami of requests that came in. As he was based out of Surat, he and his Vapi-based co-founder decided to launch a concierge services firm in Vapi, a town that is regarded as a core chemicals-based industries hub, with around 300 medium and large-scale industries, in April 2016. Using a small corner in the family business office of his co-founder, Nabar quickly hired one staff member, who would man the phone desk, and one delivery person. From tapping his co-founder’s business connections to the owner of a large health club in Vapi—who then got the duo in touch with many other health club members—Galaxy Elite chose to focus only in Vapi “so that we remain focused and fulfil our promises", says Nabar. From delivering midnight snacks, clothes of a specific type, movie tickets to health foods and top-end mobile phones before they officially got launched in India, Galaxy Elite started slowly, but steadily. And what’s the cost? “We charge a mark-up over the product price depending on the effort and number of hours spent to research about it and fetch it; it’s dynamic," says Nabar. The firm caters to about 250 customers and it typically sends invitations to prospective members, instead of inviting applications.

So, if you have a wish, go ahead and tap one of these concierge services. And by the way, Gaggan is shutting shop in 2020. “Every restaurant has a 10-year life. After that, it becomes a brand," he was quoted as saying in Bloomberg. If reservations were tough to get before, can you imagine how hard it would be to get a table now?