Would you buy a house in a box?

What can you do with 160 sq. ft? While cities like Mumbai demand creative, at times desperate, solutions to this question, Bengaluru-based architect Anshul Chodha has spent the last year experimenting with the architectural possibilities of small spaces. He conceived and designed a modular living space called Zen Den, a prefabricated home with a tiny footprint of 20x8ft, or the size of an average shipping container.

This modular micro home is designed to meet all your basic needs—a living room doubles up as a bedroom, there’s shelving and storage space, a fully functional kitchen, a dining or worktable and a bathroom that has basic fittings, for which the team has collaborated with brands such as Siemens, Kohler and AO Smith. Plus, a glass-panelled exterior and a tiny deck area allow for easy views of the outdoors, if you’re fortunate enough to have access to idyllic views. In case this sounds claustrophobic, especially for families, the den can also be used as an extension of a home as a working space, a private yoga studio or a library. Deliveries are expected to start after the formal launch in March, but the Zen Den prototype in Bengaluru can be viewed by appointment.

According to Navhya Urs, COO of Zen Den, the project was designed with four main objectives: to promote the “less is more" philosophy in architecture, to provide turnkey living solutions with an easy plug and play design, to promote the idea of green, sustainable homes and to eventually launch economically viable urban and rural housing projects. “There has been an industry-wide shift in focus to achieving a reduction in building weight, by substituting heavyweight masonry with lightweight systems," says Urs. “We are working hard to make Zen Dens 100% green and are researching new materials, tech and procedures of reusable treated water, solar energy and micro plantation." The present versions of Zen Dens can be powered with solar roofs, allow for rainwater harvesting, and can be hooked up to a modular septic tank that treats and recycles waste water. The elements of this modular home—the exterior skeleton, cladding and interiors—can be flat-packed as panels, making it easy to transport. Urs doesn’t want to divulge material details just yet (citing plagiarism concerns), but she claims the structure can withstand excessive rainfall and seismic activity, and has a 50-year guarantee. 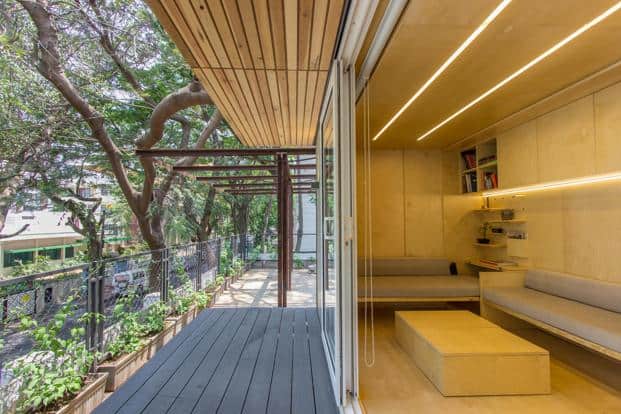 Internationally, there has been a consistent rise in interest in prefabricated homes. Last September, Amazon made a sizeable investment in the Californian housing company Plant Prefab to manufacture Alexa-enabled homes, and in December, Italian designer Carlo Ratti created a rural prefabricated housing system in a village on the outskirts of Bengaluru. But the concept is still largely unfamiliar in the country, and Urs says a major hurdle so far has been convincing people of the durability of such a structure. “The most repeatedly faced challenge is to allay fears that a prefab structure might not be safe and the constant comparison to conventional construction," she says. 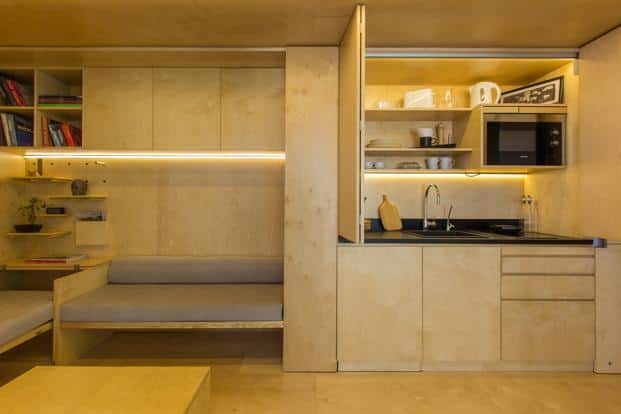 Zen Dens are available in size and design variations to cater to specific functions—ZD Social has modular couches, a pantry and a powder room, and can be used as an annexe to an existing living structure. ZD Live, modelled as a home, has a double queen-size bed, a pantry and a toilet with a shower cubicle, ZD Work offers two work stations and an optional bed and a toilet, and ZD Resort is designed as a cottage for farms, hotels and guest houses. There are plans to design multi-storeyed versions of the house as well.

Urs reports that a few early adapters, mostly alternative lifestyle seekers, are currently leading the shift towards prefab homes. “I do see people adopting the idea of ‘less is more’ and being more open to usage of environment-friendly technologies and materials," she says. “We have queries from as far as Gangotri in Uttaranchal to clients wanting a Zen Den to be shipped to the Netherlands."