‘Pakistan Or The Partition Of India’, by B.R. Ambedkar

This is a deeply unsettling book. It has all the hallmarks of Ambedkar’s style: clinical in its dissection of cant, full of facts and figures, and it takes no prisoners. What struck me was that it was the only book on the Pakistan debate that brought together all the elements of the debate: the psychological dimension of the Hindu-Muslim relationship, the historical fissures, the challenges of representation in a democratic polity, the problem of modernizing in the face of religious orthodoxy, and most surprisingly, the military and security dimension of Partition. It is a book selectively quoted by all sides in the debate to put down the other. But it does not give anyone—Hindus, Muslims, Congress, Muslim League—any comfort. You don’t have to agree with it to feel its bracing force.

It is a recollection of the haemorrhaging of Delhi by a social worker, Begum Anees Kidwai, who on Gandhi’s advice set aside her grief at the loss of her civil servant husband to the murderous beast of 1947, and worked with both Hindu and Muslim victims in the refugee camps of Purana Qila, Humayun’s Tomb and north Delhi. The book, which has remained peerless for over 40 years, was originally written in Urdu and translated into both Hindi and English Azadi Ki Chhaon Mein or In Freedom’s Shade stands testimony to the brutalizing of a hapless citizenry as it gets hunted down for looking different or being in the wrong “nation"—an all-too-familiar phenomenon in the land of the Indus, Ganga and Brahmaputra.

‘Anthems Of Resistance’, by Ali Hussain Mir and Raza Mir

Though it’s a book that chronicles the Progressive Writers’ Movement, it is related to the freedom struggle. For most of the iconic verses and songs, first to enthuse people about the freedom struggle and later to inspire the newly freed country, were penned by them. Our debt to poets such as Sahir Ludhianvi, Ali Sardar Jafri, Kaifi Azmi, Majrooh Sultanpuri, who first wrote anthems of resistance against injustice and then inspired us to participate in nation-building via their verses and film songs, can never be fully repaid. This book chronicles the progressive writers and poets all the way to Javed Akhtar, and is beautifully translated by the authors. A must-read for any lover of poetry.

‘The Eighteenth Parallel’, by Ashokamitran

This novel by Tamil writer Ashokamitran is set in the Hyderabad of the 1940s. We tend to think about Partition and independence primarily in the context of Bengal and Punjab. While those were the provinces most affected in a way, places like Hyderabad were also part of the 1947 story. The Eighteenth Parallel is one of the best accounts of the times and makes one realize there was a lot more happening than the usual places which capture our imagination.

It was controversial when it came out and changed my view of the history of independence. India Wins Freedom came out in 1959 and was the first book in which a major leader drew a different picture of relations between leaders than the soppy picture we had been brought up on. Azad blames Nehru’s impetuosity for triggering Partition and when I read it, it made me determined to read as much as I could about the independence movement. I describe this in the foreword to my book, The Rediscovery Of India.

‘The Bengal Borderland: Beyond State And Nation’, by Willem van Schendel

This is the book for anyone open to new thinking on Partition, on the problems created by borders and on the vexed relationship between sovereignty and territorial exclusivity. That may sound dry, but in prising apart “the iron grip of the nation state", van Schendel displays a fine eye for detail and a nice sense of humour. It’s engaging and thought-provoking. 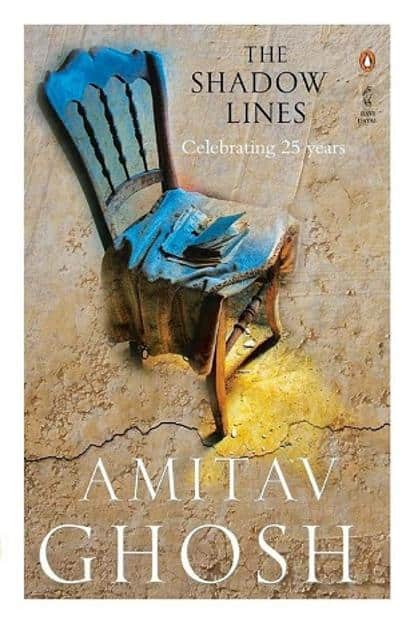 ‘The Shadow Lines’, by Amitav Ghosh

‘The Shadow Lines’, by Amitav Ghosh

I read this book when I was doing research at the archives in Delhi. It’s a gripping story about two families, one in Britain and one in Bengal, in the mid-20th century, and talks about memories, violence and nationalism, and how they shape everyday lives. It shows how novelists can sometimes go far beyond historians in helping us understand the full force of Partition and independence.

‘The Tale Of My Exile: Twelve Years In The Andamans’, by Barindra Kumar Ghosh

The book, published in 1922, is a first-hand account of life in the Cellular Jail in Port Blair (popularly called “Kala Paani"). Written by Barindra Ghosh, brother of Aurobindo, it tells us of the extremely harsh treatment meted out to prisoners. The jail was used to hold important revolutionary leaders, including Veer Savarkar and Sachindra Nath Sanyal. The contribution of the revolutionaries to the freedom movement is sadly neglected and has been deliberately minimized in the official narrative. This is why this book is an important record of this stream of our history. ‘Gandhi: A Political And Spiritual Life’, by Kathryn Tidrick.

‘Gandhi: A Political And Spiritual Life’, by Kathryn Tidrick

The book that surprised me most when it came out was Kathryn Tidrick’s biography on Gandhi, in which she is very sceptical and concentrates on the unusual side of Gandhi, who joined strange Christian brotherhoods in London and crackpot vegetarian Edwardian groups. It presents a radically different Gandhi to the one I’ve read anywhere else and an astonishingly strange one. The book has been largely ignored in India but I fully recommend it.