British humorist Matt Harvey, Wimbledon's only ever poet-in-residence, on listening to the sounds of the 2010 tournament

Seven years ago, John Isner and Nicolas Mahut squared off at Wimbledon in what became the longest tennis match in history. Played over three days, 11 hours and 183 games, it ended with Isner winning the final set 70-68.

The Trojan War had Homer to record the triumphs and losses for posterity; luckily, Wimbledon, too, then had Matt Harvey at hand. Appointed as the first official tournament poet through the artist-in-residence programme, Harvey, 54, memorialized that epic clash in a cheeky haiku—“high performance play/ all day yet still no climax/ it’s tantric tennis."

“I said, what I am going to do is celebrate the longest game in history by using the shortest poetry form," he says over the phone from Devon, where he is based. “People were giving them a standing ovation at 50-all and I was thinking, ‘don’t encourage them,’" he jokes. “It’s going on and on!"

Harvey, a humorist, performance poet and lyricist, is all pithy wit and exuberant good humour. And seven years since that game, and since Wimbledon’s only tenure with a poet, Harvey looks back on his time there with affection.

In 2010, when he was appointed through a collaboration between the tournament organizers and the Poetry Trust—a UK-based organization promoting poetry—Harvey’s mandate was to celebrate all the micro moments and peripheral pleasures of the world’s most prestigious tennis event, rather than to focus on players and matches.

The other part of his brief was just as simple: Don’t embarrass us. He asked the tournament organizers what would count as embarrassment. “And they said, ‘What’s embarrassing is if you are rude to our guests,’ and so I gave them my word I would not be rude to their guests."

Harvey’s 20-plus poems from the tournament, published on the official blog and read on the radio, harness impish rhymes, coruscating wit and lovable jibes. The poem-a-day-mandate wasn’t hard, given his experience on BBC’s Radio 4, which had involved producing poems quickly. “There was pressure, but nothing I’m not used to," he says.

Harvey made up his schedule as he went along, watching games, speaking to off-stage figures like groundsmen and ball girls, and generally taking in the atmosphere. He also worked the crowds on the grounds, visiting Murray Mound and reading aloud for the waiting queues. But being the official poet made him an outsized novelty and obvious media draw. “All these different people wanted to talk to the poet," he says. “And we agreed—myself and the Wimbledon committee—that that was an important thing to do…poems want to be heard."

His position allowed Harvey, himself a long-time tennis fan, access to all sorts of exciting corners of tennis’ best-loved address. “One of the privileges is to actually see the top players playing up close," he says. “They are so elegant and graceful and powerful."

That on-court artistry will be matched again this year, though on canvas. Painter Jeremy Houghton has been appointed “championship artist" and will produce work on the theme of “match play". Wimbledon set up its artist-in-residence programme in 2006 with the idea of expanding its collection of art; it now has paintings, drawings, glassware and sculpture produced through the residency. “Having an artist- or poet-in-residence is a good idea and can only help," says Harvey. “One of the things it does is tease out aspects that aren’t normally seen or noticed."

Harvey, who now hosts Wondermentalist, a “comedy-infused, musically enhanced interactive poetry cabaret" on Radio 4, may have had his magical fortnight at Wimbledon in 2010, but his tournament highlight in fact arrived later: In 2011, he was hosted on the tournament’s opening Monday in the royal box. “That was such a lovely gesture," he says. “They felt I had honoured my commitment to them to not embarrass them and do my best."

if ever he’s brattish

or brutish or skittish

but if he looks fittish

and his form is hottish 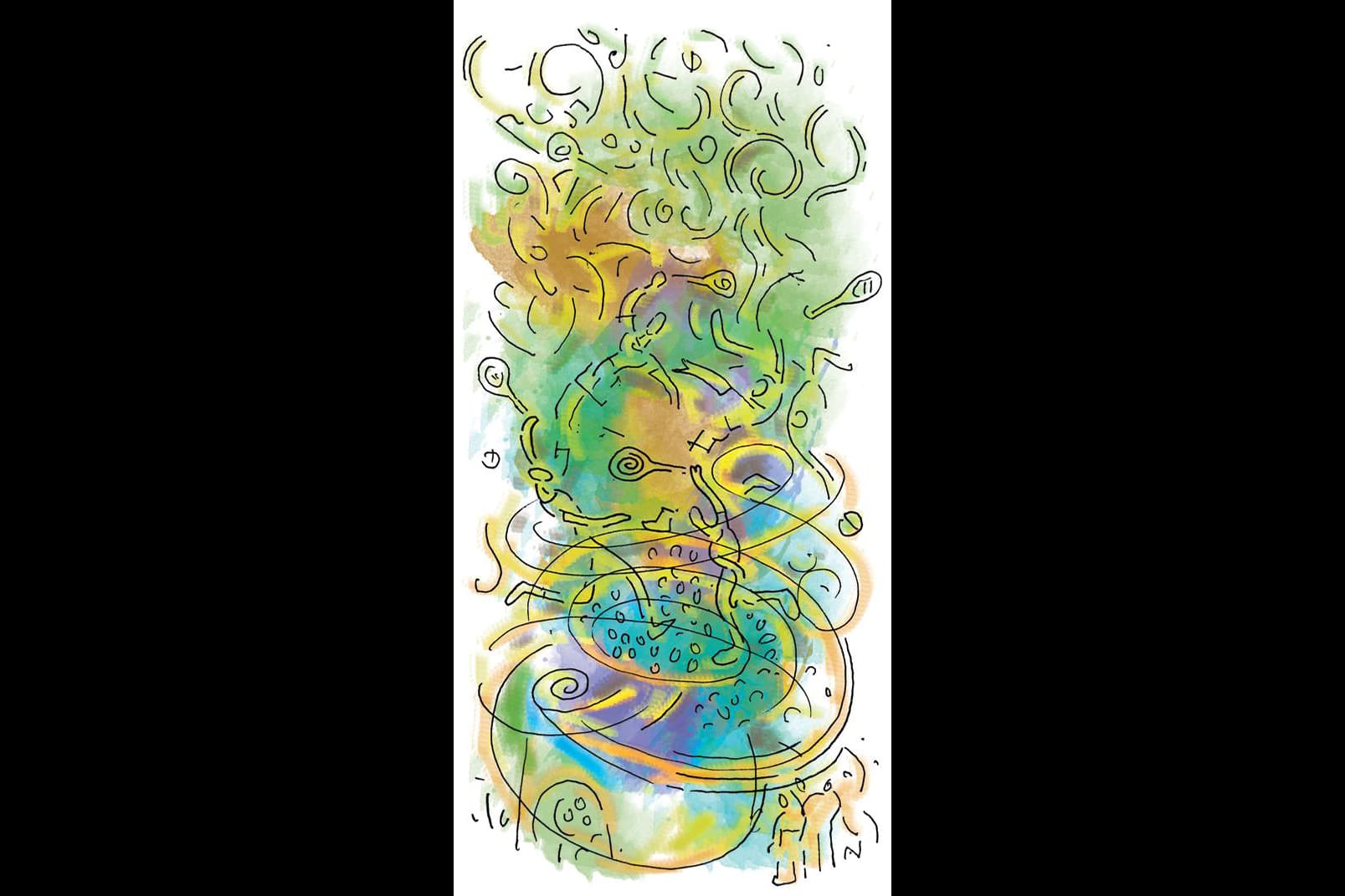 More Than A Lawn

it’s a lawn—just a lawn

but it’s more than a lawn

it’s a dance floor, a war zone, a platform, a stage

it’s all these things—sort of—but what is it not?

it isn’t a park, or a nice picnic spot

it’s not an allotment—there’s no strawberry patch

but the bounce will be true

and the bounces will match

those on all the courts made by the Wimbledon crew

a regular lawn but a lawn that is blessed

just a lawn, made of grass, but a lawn that’s possessed

of a singular, unparalleled beauty

every blade of grass to do its duty

cover the court with alarming alacrity

up loops a lob with a teasing temerity

leaps in the air in defiance of gravity

puts it away with a savage severity

(reaches for towel with a certain serenity)

bit of a liberty

(opponent asks how is he?

all, if you’re asking me

into the corner, then down the linety

… oh I say what impossible gettery

back to the baseline

back to the baseline

…half a mile out but that line judge is history