Will the curtain fall on Gurusaday Museum?

As many as 250-odd original designs by Abanindranath Tagore would be a jackpot in the hands of someone looking to commercially exploit them. But at the Gurusaday Museum in Kolkata, the sketchbook is in such a terrible state that it isn’t even displayed. Created as designs for printed silk apparel, this priceless piece of work by Aban Thakur, as the painter was popularly known, is by statute a national art treasure. Stashed away in safe-keeping, it, ironically, holds a mirror up to the state of the museum—a repository of folk art from undivided Bengal.

Last year, the Centre pulled the plug on funding the museum, which gets only around 8,000 visitors a year. It now faces closure. Though it has been around for 55 years, the Gurusaday Museum was little known, even in Kolkata, until recently, when a group of professors began campaigning on social media to rescue it.

Started by Gurusaday Dutt (1882-1941), a British-era civil servant, with his personal collection of artefacts from undivided Bengal, this museum was intended to act as a connect with the heritage of indigenous art from this part of the subcontinent. 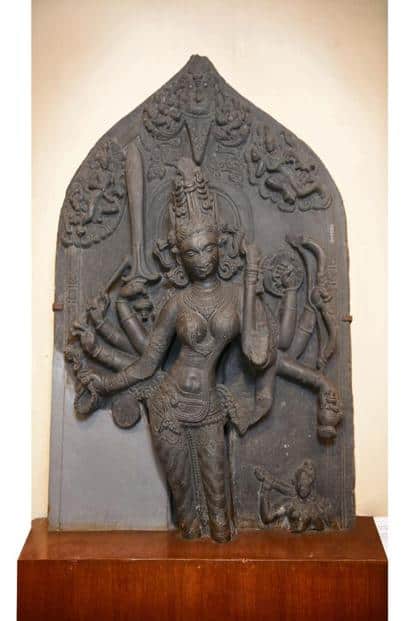 Most striking among its collections are scroll paintings and embroidered Kanthas, or “a poor man’s wrap" made out of used cloth, to use Dutt’s own words, which evolved as an art form in its own right. The art form “represents the serene and joyous self-expression of a race of women creative artists whose watchwords are thrift, beauty and sound craftsmanship", Dutt had written about Kanthas in 1939.

The museum also has sculptures dating back to the 10th century, terracotta and wooden panels from the 18th and 19th centuries, and indigenous wooden and earthen dolls—almost everything collected from undivided Bengal, and representative of ancient art forms in this region. According to Dutt, scroll paintings by Patuas—an indigenous tribe of painters from Bengal—is a “pristine school of art" which predates the cave paintings of Ajanta. This, Dutt claimed, was the oldest school of indigenous art in India, which has remained “completely unadulterated".

These brightly coloured scrolls, some from the 17th century, were inspired by epics and Hindu folklore. Bengal’s Patuas were never celebrated much until the emergence of Jamini Roy (1887-1972), the most notable proponent of this school, whose works are also treated as a national treasure. True to the tradition of Patuas, Roy had created several series, in his prime, but not in the form of scrolls. The Gurusaday Museum has two unsigned early works of Roy on display, but they, too, are crying for restoration. 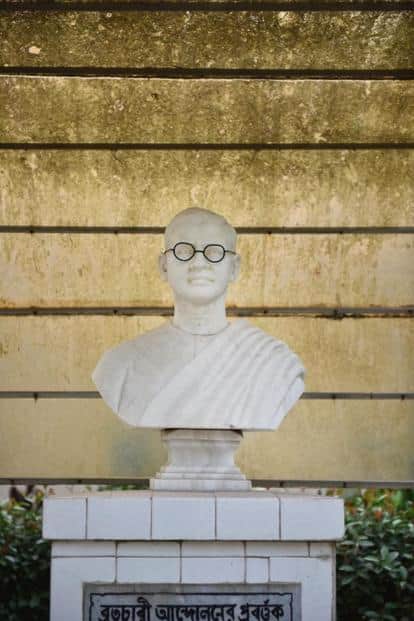 “The rightful place which belongs to Bengal in the sphere of art has hitherto not been appreciated or recognized either by outsiders or by ourselves," Dutt had written, when he first thought of setting up the museum. Apart from his own collection of some 2,325 objects, he donated a 33-acre plot in the suburbs of Kolkata for the museum, which started in 1963, more than two decades after he died.

The museum was founded by the Bengal Bratachari Society, an organization started by Dutt to promote the region’s folk art and culture, and inaugurated in February 1963 by the then Union minister for education, Humayun Kabir. The governments in Delhi and Kolkata were favourably disposed, though the museum was run autonomously for two decades. By 1984, however, the society was struggling to keep the museum afloat, and the Centre stepped in to support it financially. The management of the museum was transferred to the Gurusaday Dutt Folk Art Society, which was run jointly by the Centre and the Bengal Bratachari Society.

Last year, the Centre stopped financial assistance, saying the museum had had enough time to become sustainable. The decision came at a time when the museum was expecting the first tranche of the annual grant for 2017-18 to be released.

The museum, which has 13 employees, has not paid salaries for six months. The year before last, the Centre had given Rs45 lakh in annual grant, the highest ever, says Bijan Kumar Mandal, executive secretary and curator at the museum. The grant was used largely to meet operating expenses, with hardly anything left for restoration of the ageing collection.

The Centre stopped financial support to the museum last year, saying the museum had had enough time to become sustainable-

Dutt’s grandson Debsaday Dutt, however, blames the current management. His mother Aarti Dutt was in charge when the Centre stepped in, he recalls, adding that he himself was removed from the society in 2011. He believes the museum could have easily created revenue streams from the land donated by his grandfather. He claims that the Centre stopped funding the museum owing to deficiencies in compliance and accounting irregularities. The curator denies this. The management has lately turned to the state government of West Bengal for rescue, says Kamalesh Chatterjee, secretary of the Bengal Bratachari Society. Some efforts were made to rope in private patrons too, but nothing materialized.

“To recapture and preserve what is still left...there is no time to lose," Gurusaday Dutt had written, endorsing Bengal’s school of art. He fought his own battle against his British bosses and people’s collective lack of care for Bengal’s heritage in indigenous art, but it appears that he couldn’t find able successors to take the fight forward.