What period days mean for women in the sex trade

Do you look forward to your period? The answer to the question, despite the imagery of gleeful, skipping women in sanitary-napkin commercials, is generally a resounding no. But when the marketing communications network DDB Mudra posed the same question to sex-trade workers, the answers differed. “I get the day off. No business that day," reasoned one woman. “I get time to do something for myself," said another.

For sex-trade workers, three days of period often mean three days of no work. This insight resulted in Project Free Period, a corporate social responsibility (CSR) initiative designed by Stayfree and DDB Mudra. The two partnered with Prerana, a Mumbai-based NGO that works with commercial sex workers, to create three-day training capsules and teach these women a new skill, such as candle-making, henna design and basic beautician services. Last month, the Project Free Period campaign won a silver Lion in the health and wellness category at Cannes Lion 2018.

“We started the project in January, and almost 15 sessions have been completed since then. We had women coming in from Kamathipura and Falkland Road, both red-light areas," says Kashina Kareem, programme coordinator at Prerana. “We were very clear with DDB Mudra that this also needs to be sustainable. We have kick-started the programme with a very small group. There’s a lot of manpower that is involved in the outreach, to go talk to these women and tell them the session is happening today." 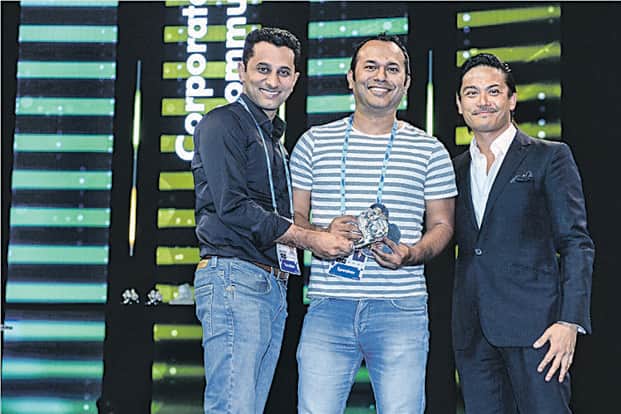 What was the groundwork that preceded the launch of Project Free Period?

The most important question to ask for a CSR campaign is, why does the brand have a right to have this conversation? We’ve been working with Stayfree for almost three years, and our most important objective has been to normalize the conversation around periods, whether it’s families talking about it, or men. Project Free Period is a natural extension of that idea. To go from normalizing periods in the lives of women to using periods to normalize the lives of women in the sex trade.

We’ve been working on Project Free Period for over a year—it took a lot of groundwork. You have to first earn the trust (of commercial sex workers) even before you can introduce them to this idea. Finding the right partner was very important. Prerana is one of the oldest NGOs (working with commercial sex workers), and we all wanted to come together to make it happen.

How did you decide what kind of curriculum would be most beneficial to these women?

It’s not just about teaching them something new. We picked skills that give them the option of earning a livelihood through it. We had to research and come up with things that engage them, because you can’t force them to come back. Also, every course, every interaction is an opportunity to build their confidence. It’s an opportunity for them to start re-engaging with society, which otherwise doesn’t happen. There are as many soft skills (that are learnt) along with the curriculum.

They really took to candle-making and soap-making, as well as the beautician services. Every class, they began adding a layer to what they had learnt, such as making scented candles. They also found that even when they went back, they could earn a little extra money on the side by doing waxing and threading within the community.

We’re also creating small capsules on WhatsApp which can be circulated to women who can’t make it to the classes.

How would you evaluate the impact of the campaign?

It’s too early to measure the impact. I think the women are forming their own ideas of what they can do with these skills. One girl said that there’s no electricity in her village, maybe she can go back and sell candles there. We are only opening the door, it’s their choice to walk out.

This is not an act of rescue; this is about creating a sense of confidence in these women. Even the relationship with their child changes when the child watches them do something outside the trade. They can also use this as a way to augment their income, and can have more to say in the choice of customer. Some customers who refuse to wear a condom, for instance. Every time you give her an option to earn a little more money, she feels that she has a little more say. How do you ensure the sustainability of such a campaign? What does the future of Project Free Period look like?

I see it running over a period of time because of the collaborations we are getting into. The point is for it to become self-sustaining.

We understood that we need a greater number of volunteers if we want to introduce more skills, and keep this initiative going. We’re trying to make this a part of the social outreach programme at St Xavier’s college in Mumbai, and also trying to tie up with MICA (Mudra Institute of Communications, Ahmedabad) for student volunteering. We’re hoping this can be used as a blueprint for whoever wants to take it forward. 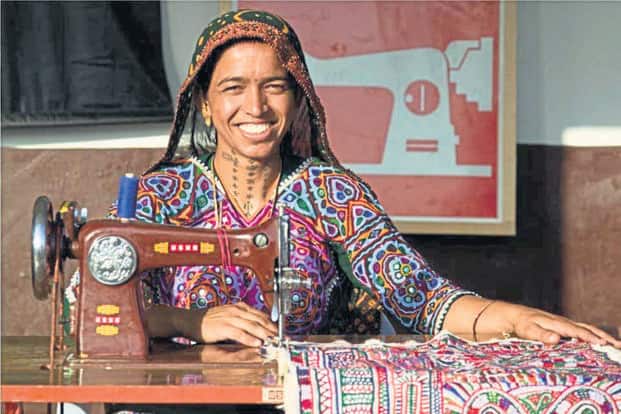 Since 2011, Usha has established more than 15,000 silai (sewing) schools across the country, in partnership with NGOs. Women are trained in stitching and tailoring, and provided with sewing machines at the end of the course; they are also encouraged to set up satellite schools in their areas. At the Lakmé Fashion Week Summer/Resort 2018, Usha Silai graduates from rural Rajasthan, West Bengal, Gujarat and Puducherry teamed up with professional designers to launch the Usha Silai label. Money generated from sales is channelled back to these entrepreneurs.

The company behind iconic campaigns such as #ShareTheLoad and Always #LikeAGirl launched the inaugural Women Business Empowerment Program last month, in partnership with NGO WEConnect. The four-week programme provided training and skill-developing workshops to 20 female entrepreneurs from across the country. In addition, P&G India has pledged to source $30 million (around ₹ 20 crore) from women-owned businesses across India over the next three years. Globally, it has also pledged to have at least half of its product commercials directed by women by 2023.

Instituted in 2003, this programme provides an annual scholarship of ₹ 2.5 lakh to meritorious but economically disadvantaged class XII students. The scholarship is available to women looking to pursue undergraduate studies from an Indian institution in any science discipline, such as medicine, engineering, pharmacy and biotechnology. The deadline for this year’s applications is 16 July.