From Rajdoot motorcycles to smuggler-mountaineers, an exhibition in Warsaw had been witness to the gallivanting tribe of merchants and mountaineers, engineers and bohemians soaking in the richness of the East

In May, when Polish journalist Max Cegielski and his artist friend Janek Simon visited Delhi for a teaser of an exhibition on Polish-Indian relations, they devoted an entire day to negotiations with the former owner of a three-star hotel in Paharganj to procure one exhibit. They were keen on taking back with them the chipped and fraying signboard of what was once Prince Polonia, or Prince of Poland, a backpacker’s hotel popular with Polish tourists in the 1980s.

The exhibit had been witness to the gallivanting tribe of merchants and mountaineers, engineers and bohemians soaking in the richness of the East at a time when Polish-Indian relations were prospering under the overarching shadow of the USSR. It is estimated that some 6,000 Poles visited India in 1988, three times more than the number recorded a decade earlier.

The signboard’s neon-studded days must have also spied on the early education of Polish businessmen in the art of capitalist economics via smuggling—long before Poland embraced capitalism in 1989. The Prince Polonia signboard reached Warsaw, but only a month later—a week before the start of the exhibition, Polish-Indian Shop, on 14 June in Warsaw. The exhibition will travel to Mumbai in November. Cegielski and Simon try to redeem a neglected strand of Polish identity that was shaped by Indian ethos, objects and ideas. Edited excerpts from an email interview:

How and when did the idea of ‘Polish-Indian Shop’ come together?

Simon: Max and I have been frequently going to India for almost 20 years. You can say we are kind of Indophiles. We are both interested in the less obvious geographies of exchange and cultural transfers. How Poland, or Eastern Europe in general, situates itself in a geography broader then the East-West divide it’s usually pressed into. We are also both really excited about the anarchistic, less legal side of things. Especially when it turns out that this grey zone had a bigger influence on reality than the official “high note" political exchange. And this is the case of the trade networks between Poland and India in the 1980s. It motivated us to start working on this project. 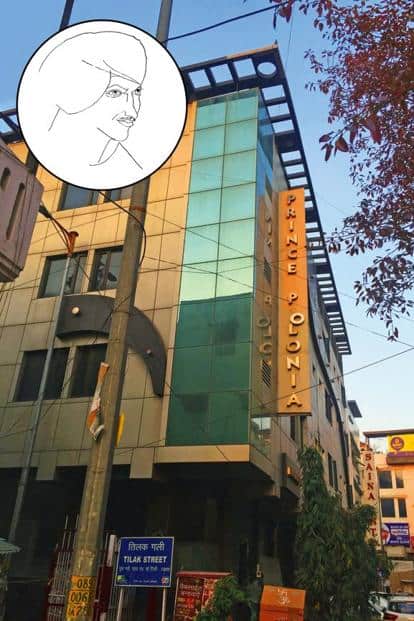 The hotel juxtaposed with a 1955 drawing.

Polish economists, who visited India in the 1950s and 1960s, advised the then prime minister Jawaharlal Nehru to adopt a mixed economy.

Cegielski: These economists are Michał Kalecki and Oskar Lange. They were leaders of the Polish School of Development who were allowed by the Polish government to stop following the principles of the Marxist economy and devise development plans based on analyses of the local socio-economic conditions, and postulated the introduction of “mixed economy", which combines socialism and capitalism. They did it because these pre-World War II economists were looking for any opportunity to escape strict Marxist rules. We are showing Kalecki’s photo with Nehru and the Indian prime minister’s letter to Kalecki, as well as Kalecki’s papers on the development of India, apart from the Hindu sculptures that Lange brought from India to Poland.

The Indo-Polish Friendship Association (Ipfa) in Warsaw and smaller towns incubated a vibrant hippie subculture. Can you tell us more about the Ipfa network and what impact it had on the cultural landscape of Indo-Polish relations?

Cegielski: For the exhibition, we did video recordings with the prominent hippies of the 1960-70s: Polish musicians, painters and poets, etc., who regularly went to these places. Through the country’s network of association clubs, Hinduism, Buddhism, theosophy, yoga and the Hare Krishna movement were gaining popularity. Thus, the Eastern forms of spiritual practices competed with the socialist and catholic lifestyles. Authorities then were, on the one hand, happy that there was a sort of counter-power to the Catholic Church, but on the other hand were afraid that these “Eastern influences" will get out of control. 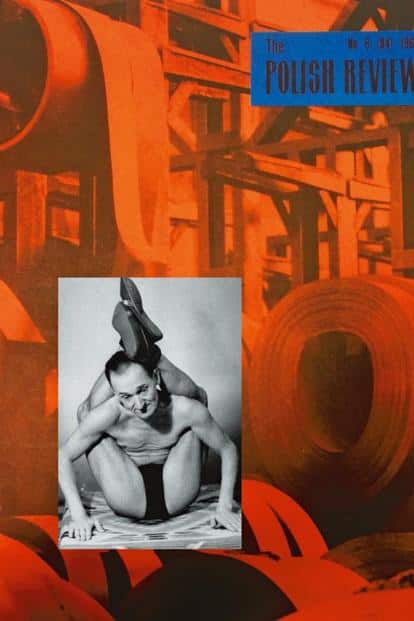 Yoga legend Stanisław Górski against the 1969 edition of ‘The Polish Review’.

So Polish mountaineers used to smuggle goods into India to finance their expeditions?

Cegielski: First of all, we have to remember that Polish climbers (Jerzy Kukuczka, Wanda Rutkiewicz, et al) were really brave and ambitious people, but Poland was too poor to provide them with proper equipment to sponsor expeditions. In the homeland, they sometimes worked as painters or cleaners of high chimneys, roofs, etc., but it was not enough to cover the costs of faraway trips or hire Nepalese or Pakistani porters on the spot. An obvious and great idea was to bring to Asia as much stuff as could be sold (crystals, alcohol, some simple electric stuff like hairdryers, photo cameras, etc.) and also bring some Indian goods on the way back. Polish climbers were people looking for freedom, and as one of them said in a documentary called Art Of Freedom, about Himalayan expeditions, that we are showing, “Smuggling is another act of freedom." We are also displaying some of these historical goods used for sale.

The exhibition is centred around archival material: photographs, ads, maps, architectural plans and mock-ups, films and other complementary texts. What were some of the challenges of mounting a public exhibition with such text-heavy historical objects?

Simon: The main challenge of making an exhibition out of archival material in a contemporary art institution is not to make it boring. So we put in a lot of energy into finding unusual objects to tell the story: We have a motorcycle (dating from the 1960s) since Poland sold a motorcycle production line to India in the 1960s. It was called Rajdoot in India and SHL in Poland. The architectural competition for the building of the Polish embassy in Delhi is a major theme—it shows what the discussion was, about the way Poland wanted to present itself in India. We are showing an architectural model that is a recreation of one of the models submitted for that competition. We are using personal photo archives of people involved in the suitcase trade of the 1980s—both from India and Poland. We are also putting a lot of attention to the display itself. It’s designed from modular crates used in Polish markets. Crates symbolize the movement of things around the world—kind of like containers.

In November, the exhibition will move to Clark House Initiative in Mumbai. Any particular reason why you collaborated with them?

Simon: Our friendship with Clark House has roots in shared interests, sensibilities and, I would also add, politics. People at Clark House explore the less obvious geographical connections, as we do. They also share our interest in the “low" bazaars, freelance traders and such kind of figures.