Vidya Balan: I have been fobbing off sleep

Since I was in my teens, I have been fobbing off sleep. I would study late and be up all night, as in up until 3am at least. Even after I started working, I would not get to bed before 3-4am on a regular basis. I just did not want to sleep in the night, which is quite crazy," says actor Vidya Balan.

Balan’s condition falls in the category of what scientists and doctors term sleep procrastination, or bedtime procrastination. “Every day my parents would tell me, why don’t you try to sleep early tonight, but it would irritate me and I would say, why do you keep saying this to me because you know I am not going to sleep early. I can’t sleep early. They would suggest all kinds of solutions, but I kept fighting sleep until about five years ago," she says.

According to a study published in 2014 in the Frontiers In Psychology journal, researchers at Utrecht University found that this is a prevalent and problematic phenomenon. The researchers defined bedtime procrastination as failing to go to bed at the intended time, though no external circumstances prevent a person from doing so.

“Pre-bed procrastination is extremely common today and is a way of mishandling time, that stops us from shutting off when we should," explains Manvir Bhatia, director, sleep medicine at the Fortis Escorts Heart Institute and Neurology Sleep Centre, Delhi. She says although she sees people of all ages and professions scrimping on sleep, she finds that college students and professionals early in their careers—those in the age group of 20-35—are typically more prone to bedtime procrastination. Ashima Puri, a psychologist at the Aashlok Fortis Hospital in Delhi, blames 24x7 entertainment, an excessive interest in social media and just too many gadgets for the rise in this problem.

Bedtime procrastination is adding considerably to the public health epidemic of people not getting enough sleep. Those additional hours spent watching movies or checking out the latest news worldwide (or just surfing Instagram), the researchers at Utrecht say, has an impact not only on the quality of shut-eye, but also a person’s general health and well-being. Besides fatigue, the researchers found that the participants reported being less able to establish a routine the next day, and also complained of poor concentration and an increased risk of impulsivity.

It is now well-known that doctors recommend at least 7-8 hours of uninterrupted sleep every night, and that both quantity and quality of sleep matter. According to Dr Bhatia, this is not, however, where it ends. “Sleeping late at night consistently can be extremely damaging because from 11pm-3am, we have more of NREM (non-rapid eye movement) sleep, and deep NREM sleep is essential for restoration and healing of our organs. From 3-7am, we are more likely to get REM (rapid eye movement) sleep, characterized by vivid dreams. So those who sleep late habitually miss out on the restorative sleep hours," she explains. There are other big downsides, like an increased likelihood of being overweight, negative impacts on mood, derailment of immunity, hormonal imbalance, and sugar trouble. “Chronic lack of sleep may even contribute to the risk of type 2 diabetes mellitus by messing up the glucose metabolism and hormone levels," says Dr Bhatia.

How to start sleeping well

Ten years ago, says Balan, a doctor explained to her what happens to the body when one does not sleep properly at night. “He told me about an experiment with pigeons who were kept in a controlled environment. In the day, lights would be switched off and the pigeons would fall asleep and then at night, the room would be flooded with bright light. The pigeons would be awake. Their hormonal cycle became disturbed and the way they laid eggs went for a complete toss. The doctor pointed out how much damage could happen to the human body if this was the scale of damage to pigeons," she says. “I realized what I had been doing to myself. I decided I am going to start sleeping early, but it is still an effort," she adds. 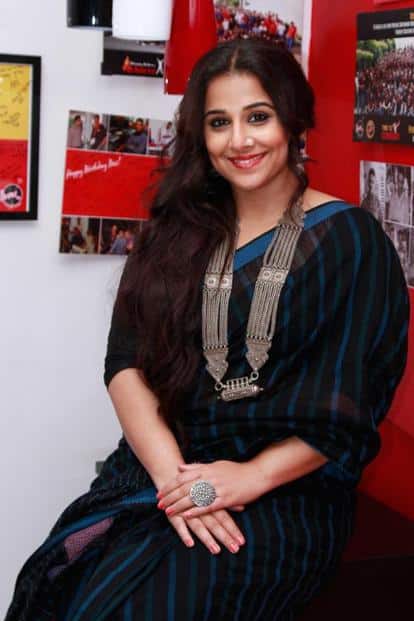 There is also a connection between perfectionism, workaholic tendencies and sleep procrastination. The increasing pressure to work after hours, to respond to texts and emails in real time, to have virtual meetings with people in different time zones, causes stress which can lead to sleep procrastination. “Then there are people who see sleep as a luxury, either due to their personality type (competitive, type A) or due to external pressures from a competitive society. The solution lies in setting boundaries—both internally and externally, and making sleep a priority," adds Puri. If you are a habitual procrastinator, then a little bit of soul-searching might be in order. Do you worry that you might miss out on something? Do your days seem super stressful? “Be honest about the answers and address the issues that surface," advises Puri.

“Look out for overstimulation," warns Dr Bhatia. Revving your mind up with video games, movies, or other stimulating activities, particularly with screens, can disrupt the natural sleep cycle, reduce the amount of melatonin the body is producing, and severely increase your insomnia. So you end up in that frustrating place of lying in bed but not being able to sleep, which becomes a vicious cycle soon enough. “The solution here is simple: Limit screen time. Also, unplugging from your phone in the hours leading up to bedtime can work," advises Dr Bhatia.

Balan explains how she trained herself to sleep early. “I get into bed by 9.30-10pm and I don’t use the phone after that. I don’t watch TV and I don’t read, and, out of sheer boredom, I fall asleep. And I can’t tell you how beneficial it’s been for me," she says.

Ultimately, self-monitoring is key to beating the habit of bedtime procrastination. “I think people give a lot of importance to diet and exercise and the amount of water one consumes for being healthy, but people discount how important sleep is. I can only tell you from personal experience that sleep is invaluable. It’s precious, it’s priceless. Actually, put all variables on one side and sleep on the other. If your sleep pattern is not in place, you won’t be as healthy or energetic as you can be if you slept on time," says Balan.