Ursula K. Le Guin, the award-winning writer of classics like 'The Left Hand of Darkness' and 'A Wizard of Earthsea', dies at her home in the US

Ursula K. Le Guin, one of the pioneering writers of science fiction and fantasy, passed away at her home in Portland, Oregon in the US on Wednesday. She was 88.

The multi-award winning and immensely influential writer was at the forefront of change in genre fiction in the 1960s and ’70s, with pathbreaking novels like The Left Hand of Darkness (1969), about a planet where people are of fluid gender, and A Wizard of Earthsea (1968), about a world of islands where magic is a precise “science". Both won the highest literary awards for science fiction and fantasy—the Hugo and the Nebula Awards. She would go on to win these accolades and more, throughout her career.

Le Guin’s books were immensely successful, translated into over 40 languages and with millions of copies sold, and her success and boldness of themes opened the doors for both science fiction and fantasy. More than any other writer of her generation, barring perhaps Philip K. Dick, who she called a “kindred soul", Le Guin’s stories took both genres out of the white male dominated themes of space operas and sword and sorcery epics. Le Guin embraced these genre tropes and proceeded to subvert them with her unrelenting focus on cultures—human, alien and fantastical—and what that tells us about the human condition. In her five-decade-long career, she wrote over 20 novels, books of poetry, over a 100 short stories, seven collection of essays, 13 children’s books, a guide for writers and five volumes of translations.

Le Guin was first published in 1959, but her career in genre fiction began with her novel Rocannon’s World in 1966. Mixing science fiction and fantasy, and told from the point of view of an interplanetary envoy stranded in a planet with a medieval culture, the novel hinted at something different. Three years later, her break-out novel, The Left Hand of Darkness, provided a jolt to the genre and changed the course of science fiction. Imagining a world of perpetual winter, where the humanoid species are of fluid gender, Darkness was a swashbuckling adventure, but it was also a thoughtful meditation on gender, violence and the link between the two. It won both the Hugo and Nebula Awards and as of 2014, it had sold a million copies. Speaking of it in 2013, Le Guin said, “In the 1960s, we started talking about gender. What is it? Is it completely physiological? How much of it was socially constructed? Now, that language didn’t exist when I wrote the book... it was a thought experiment." 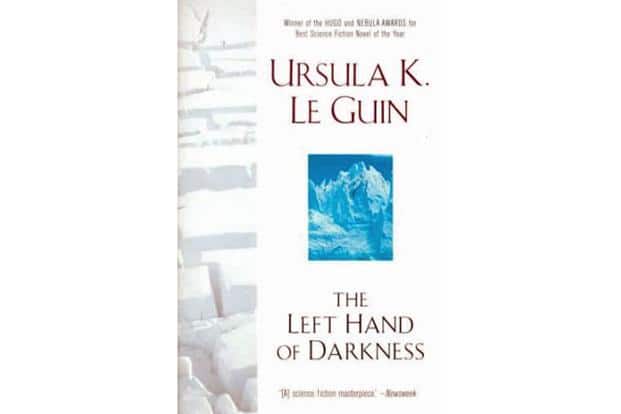 In 1968, Le Guin ventured into fantasy with the first novel of her Earthsea series, A Wizard of Earthsea. Although she ostensible wrote this for a young adult audience, the novel was a serious re-imagining of fantasy literature. Although a fan of J.R.R. Tolkien’s Lord of the Rings, Le Guin refused to look at fantasy through a lens of a fight between good and evil. Instead she wrote of a world where magic was as precise as a science, and equally morally dubious. She wrote five more Earthsea novels, and taken together, they are as influential on the genre as Tolkien’s books.

Many of her later novels and short stories were widely acclaimed and immensely popular, including The Dispossessed (1974), The Word for World is Forest (1972), Always Coming Home (1985), Four Ways to Forgiveness (1995) and Lavinia (2008).

Le Guin had been an indefatigable champion for writers of genre fiction—“writers of the imagination" as she called them—and of women writers in science fiction and fantasy. While receiving the Medal for Distinguished Contribution to American Letters, awarded by the National Book Foundation in 2014, Le Guin gave a rousing speech, hailing science fiction and fantasy writers for their ability to “see through our fear-stricken society and its obsessive technologies to other ways of being, and also imagine some real grounds for hope".

As a Guest of Honour at the 1975 World Science Fiction Convention in Australia, Le Guin exhorted more women to write, calling out the male-only Golden Age of Science Fiction as a “Golden Ghetto" that produced stories for “adolescent engineers". She said that “male clubs are distrustful of women and male military and sexual heroism is sadistic. Leave that aside and then there’s the beautiful countryside of grownup SF."

As new generations of writers emerged, who were influenced by her work, Le Guin’s influence could be found everywhere, from George R.R. Martin’s efforts at deconstructing fantasy in his A Song of Ice and Fire books to the immersive and thoughtful science fiction novels of David Mitchell and Liu Cixin. While presenting her the National Book Foundation award, graphic novelist and speculative fiction writer Neil Gaiman said, “When I was 12, I read The Left Hand of Darkness… a glorious novel where gender is fluid, where a kin can have a baby. When you’re English, and you’re 12, it opens your head. It peels it and changes it." The critic Harold Bloom called her “a superbly imaginative creator and major stylist (who) raised fantasy into high literature for our time".