Upgrade to a smart home?

As the smart home comes to a building complex near you, here's what you should know about the living experience

You’ve left home, but you cannot get rid of that nagging feeling that you forgot to switch off the air conditioner. Or maybe you would like to check up on your pet dog. With smart gadgets in a smart home, you will be able to monitor what’s happening inside the house and switch gadgets on or off—all through your smartphone, and from anywhere in the world. George Jetson’s futuristic 2062 home in the animated television series The Jetsons is now well and truly here.

More than a concept now

The terms “smart home", “connected home" and “Internet of Things (IoT)" are all pretty much part of the same ecosystem: You have a home that has basics such as lighting, air conditioning, security as well as additional gadgets, and devices that are connected to the Internet. These can be remote controlled from your smartphone. And it shouldn’t cost you an arm and a leg either.

The good news? Your existing home can be converted into a smart home.

The big advantages are convenience, savings in money and energy, the facility of monitoring and the flexibility of customizing performance and settings. Sales of smart home devices are expected to hit $1.4 billion (about Rs8,960 crore) by 2021, a 500% increase from the $90 million recorded in 2016, according to research firm Ovum. “The security aspect of our homes has evolved with digital gadgets and having an interactive home not only adds a tinge of panache and style but also accentuates our city-paced lifestyle," says Rahul Shah, chief executive officer, Sumer Group, a real-estate developer.

Also read: Is the future of living smart?

The Internet of many things

Every tech giant you can think of—Google, Amazon, Microsoft, Apple, Philips, Honeywell—and some start-ups are investing heavily in enhancing their IoT product offerings. IoT just refers to the interconnection of the everyday gadgets in your home to your smartphone, via the Internet. The premise, as with any other gadget, is to enhance affordability. Research by BI Intelligence, a research service from Business Insider, suggests that by 2021, investment in IoT will be as high as $4.8 trillion, with companies keen to make fuse of the first-mover advantage.

In February, Chinese Web services company Baidu completed the acquisition of a start-up called Raven Tech. One of the largest tech companies in the world, Baidu wasn’t going to be left behind in the connected home ecosystem space. With this acquisition, it now has the Mandarin-language answer to Amazon’s Echo and Apple’s Siri virtual assistants.

And at the Consumer Electronics Show (CES) in Las Vegas earlier this year, Samsung announced that its smart fridge can now understand voice commands—you can ask about the weather, manage to-do-lists and calendar schedules.

Smartness is more than fancy lighting

Fire and gas-leak detection systems are now being integrated into smart homes. Then there is the issue of energy-efficiency monitoring—used by many commercial buildings for some time now, which is still a new concept for homes. “This is also coupled with movement and presence detectors which can be used to economize electrical energy consumption," says Rajeeb Dash, head-corporate marketing, Tata Housing. They have multiple smart-home projects, including Myst in Kasauli and Prive in Lonavala.

Most new smart homes are deploying a centralized hub to which the connected gadgets are paired; you can control the functionality of each and receive status updates from the hub. “Having a smart home full of intelligent gadgets like smart lighting, ACs, TVs, music systems, security cameras adds to the fun as well as comfort of an individual. However, controlling all the technology from individual apps/gadgets becomes a hassle; therefore, a hub-based model was introduced," says Amit Goyal, chief executive officer, India Sotheby’s International Realty. Their smart-home properties include Express Exclusive in Chennai and Caitriona Penthouse in Gurugram near Delhi, where they have a master hub unit for controlling the home’s smart features, with an iPad control centre in each room.

This year should see agreement on industry standards for interconnectivity of IoT gadgets. Research firm Gartner predicts that “organizations creating products may have to develop variants to support multiple standards or ecosystems and be prepared to update products during their lifespan as the standards evolve and new standards and related APIs (application programming interfaces) emerge". There is hope that Google’s Android Things platform, which already supports many IoT gadgets made by third parties, could usher in that critical evolution—rival platforms may be forced into becoming more flexible.

We may already be witnessing the winds of change. Honeywell, for instance, updated the Lyric smart-home platform in February and expanded support for the “Works with Honeywell" feature. If users have the “Works With Honeywell" stamp they will be able to add IoT gadgets from other brands to their existing Lyric set-ups—it also works with the Apple HomeKit, Amazon Alexa, Samsung SmartThings and IFTTT platforms, which is the sort of flexibility that will make smart gadgets even more relevant.

Security remains a big concern for IoT gadgets. In February, AT&T, IBM, Nokia, Palo Alto Networks, Symantec and Trustonic joined hands to form the IoT Cybersecurity Alliance to tackle the security issues that are expected to crop up as IoT becomes popular.

AT&T reports that in the past three years, there has been a 3,198% increase in attackers scanning for vulnerabilities in IoT devices. Gartner suggests that as many as 8.4 billion connected “things" will be in use worldwide this year—everything from connected coffee makers to connected cars; up 31% from 2016, while the total number is expected to touch 20.4 billion by 2020.

And this is exactly where Finnish Internet security firm F-Secure’s Sense wireless router ($199) becomes relevant for your smart- home dreams—it is focused on securing your gadgets and home network against malware.

Some real-estate projects that carry the ‘smart’ tag

■North India Sotheby’s International Realty’s penthouses at Caitriona Apartments in Gurugram have a multi-room music system, and a tablet in each room with controls for lights, fans and curtains, for example.

■Tata Housing’s Prive residences in Lonavala have smart air conditioning, a panic button, and gas plus heat sensors in kitchens.

■In Vaishali and Greater Noida, realty firm Dasnac’s Designarch e-homes have smart lighting and security that can be controlled through a touchscreen control panel, and also from your phone.

■Ireo’s Skyon in Gurugram offer mood lighting in rooms, automated curtain controls, preset times for appliances such as geysers, centralized air conditioning (also known as VRV air conditioning) that can be kept active in the rooms that happen to be in use. You also get remote door unlock as well as gas and fire alarms. 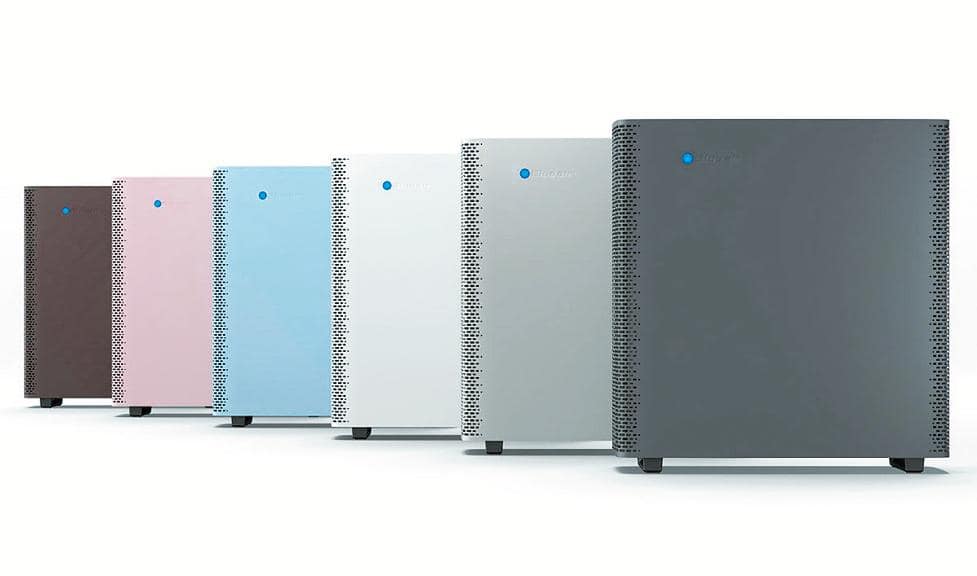 How to include some smart-tech in your existing home

Fixes for lighting, air purifying, and to turn existing appliances into smart gadgets

You might have envisioned a future where you could just talk to an unassuming gadget on the kitchen counter, and ask it questions like “Who was Nicolae Ceaușescu?", and get an immediate answer. That is what smart personal assistants such as Amazon’s Alexa and Google’s Home do. From smart lights, smart plugs that allow you to control just about any gadget remotely, or IoT connected devices, there is a lot you can buy to upgrade your home. Here are a few picks.

Smart lighting: Philips Hue lighting (Rs16,995 for the Starter Kit) consists of smart bulbs for existing light fixtures and connects them to a hub device which is hooked to your Internet, and all this can be controlled through your smartphone—illumination level, colour, notification blink in case you get a new message on your phone, and a lot more. You can switch on or off the lights in your home from anywhere in the world.

Clean air: These indoor air purifiers can be managed from your smartphone. The most affordable is the Xiaomi Mi Purifier 2 (Rs9,999), followed by the Blueair Sense+ (Rs42,499) and Honeywell’s Air Touch-S (Rs39,990). You’ll even get notifications on your phone whenever the filters need cleaning.

Make everything IoT: Indian start-up Beyond Evolution’s Betty Smart plug (Rs2,499) is an unassuming device that can convert any existing electrical appliance into a smart gadget. This plug pairs with your phone and you can share “appliance control" between family members too, so that any member can switch it on or off. It has a built-in GSM module to connect to a mobile network. You can monitor energy-consumption statistics, remotely switch on or off any connected gadgets and electrical appliances, set a schedule and receive notifications which will indicate any status change. How amazing would it be if you are able to switch on the AC before reaching home after a long day at work, or turn on the geyser in the morning without getting out of bed?