T.M. Krishna, the artist as a maker of social change

The key question that resonates through musician T.M. Krishna’s latest monograph, Reshaping Art, is one that he has been grappling with for over a decade now: Can art bring about social change? Not simply an abstract change manifest in a shift of feelings but also a tangible transformation, in the way we interact with and include others around us in the experience of art. In scores of live performances since the late 1990s, recent articles in the media, and, most exhaustively, in his earlier book, A Southern Music: The Karnatik Story (2013), Krishna has meditated on his relationship with his art, and the specific circumstances that have nurtured, disseminated and complicated its expression over the years. In their latest articulation, his theories retrace much of the ground already covered in his earlier book and columns. For those who couldn’t persevere with Krishna’s previous tome, however, Reshaping Art could act as a concise introduction to the world of his beliefs, as well as an opportunity to confront prejudices they may harbour in their own minds about the arts.

Such, indeed, is the effect of Krishna’s plain-speaking and ruthless self-analysis. For every finger he points at society for perpetuating norms of inequality in the production and appreciation of the arts, he admits his own, often unthinking, complicity in the process. The elaboration of this stigma, in turn, hits his target reader, the English-educated upper-caste urban elites, sharply. As Krishna writes in a singularly hard-hitting passage, “I was troubled by the thought that the music might collapse if I were to remove all its social anchors." The observation, in the context of Indian classical music, which is globally lauded as one of the most complex forms of artistry, is profoundly troubling. Not only does it bring into focus the sordid realities of a society that propagates daily injustice, it also harks back to the ancient structures of inequality on which it was founded and nourished. Is there no spiritual core to lofty aesthetic pursuits then, Krishna asks, no redemption from the trappings of conventions through art? 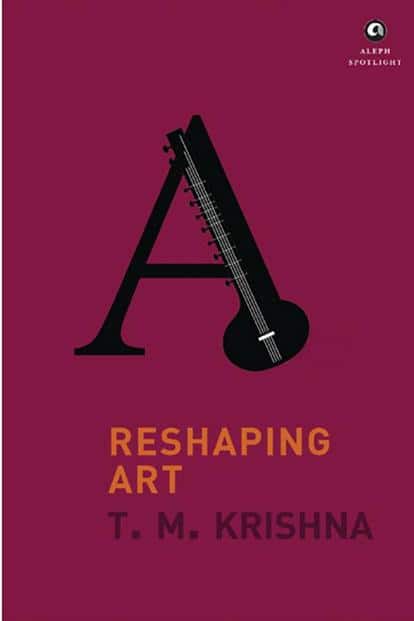 In his experiments over the years, Krishna has relentlessly searched for answers to these questions, at the risk of alienating his captive audience and subjecting himself to the harsh critical scrutiny of his peers. If he spent his 20s scrupulously obeying the rules of the game of professional success, he fashioned himself into an iconoclast in his mid-30s. He tried to shatter the continued domination of upper-caste audiences over Carnatic classical music by organizing performances far away from the genteel and sanitized concert halls of Chennai. The annual arts festival in Urur kuppam, a village of fisherfolk in Tamil Nadu, which has taken place under Krishna’s aegis since 2015, is now seen as an agent provocateur, shaking up well-guarded institutions.

The world beyond India began to take notice, too, as the prestigious Ramon Magsaysay award was conferred on him in 2016, in recognition of his efforts towards social change. Yet, Krishna’s perception of Indian society, especially his place in it, remains bracingly humble. If there’s one major takeaway from this tract, which may feel a bit rambling at times, it is his robust sense of humility and self-knowledge.

No one involved in the arts in contemporary India—in the capacity of creator, critic, consumer or connoisseur—can ignore the fundamental questions that Krishna raises in this book again and again. If art’s affective power is believed to be universal, why does it then discriminate against people in terms of caste, gender, sexuality and class? Who decides that one form of artistic expression, say the theyyam folk dance in Kerala, is inferior to another classical form, like Kathakali? What happens to art that has been kept “sacrosanct", under the hawk-eyed watch of a privileged community of elites, when it is suddenly opened out to the rest of the world? “A new context and an unsure audience also mean rejection is a real possibility," Krishna says, reflecting on the responses of audiences unused to the grammar of classical music.

The protagonist of a poem by T.S. Eliot had once articulated a similar thought in other words: “Do I dare/ disturb the universe?" As Krishna’s career attests, he has done so many times over—and is likely to keep at it.