The way we lived then

A review of Amitabha Bagchi's new novel, 'Half The Night Is Gone', which draws on Tulsidas' 'Ramcharitmanas' to tell a compelling story of the India that was

The title of Amitabha Bagchi’s new novel, Half The Night Is Gone, evokes a gentle melancholy, an elegy for the day that has passed, but also augurs the coming of a new dawn, the first light that lifts the veil of darkness. The conceit is employed to convey the twilight mood of the story, spanning the fortunes of several generations of two families in north India. It moves through the cycle of births and deaths that befalls the characters, the physical and metaphysical journeys that take them far away from their ancestral homes, to alien places. Along the way, their placid existence is corrupted by ambition, intrigue and avarice. Not many novels from the subcontinent have lingered over such a complex, intimate canvas with as much compassion and dexterity as Half The Night does.

Beyond the beautifully controlled prose and intricately structured plot, Bagchi’s book, his fourth, is also his most daring. Covering over half a century, mostly set in Delhi, with detours into other parts, the novel is historical in so far as its affinity with the past is evident. But Bagchi is hesitant to invoke the label of “historical novel". “I wanted to write a story set in a particular time from the point of view of the people who lived then," he says on the phone. “The readers’ eye won’t lie on anything that someone from that period won’t notice." The strategy allows him to delve deeper into the minds of his characters rather than dwelling on dreary material realities, a temptation hard to resist while setting fiction in a certain historical period. Yet anyone with a passing acquaintance with Old Delhi will feel the distinctive pulse of that part of the city in every page.

Mange Ram, a star wrestler from a village outside Delhi, is forced to enter the employment of Lala Motichand, a wealthy landowner and merchant in the city, as a servant. Ousted from his beloved akhara, he struggles to find his feet in the ruthless political wars that wage downstairs, away from the eyes of the masters, who are fighting their own demons upstairs. Mange Ram and Lala Motichand may occupy two ends of the social spectrum, but their struggles are not vastly different. They worry about the future of their children and the perpetuation of the family lines in respective spheres of business—trade, in the case of Lala Motichand, and generations of loyal servitude for Mange Ram. Most of all, each is crippled by his failure to express real emotions.

Neither of the two has ever fully confessed his love for his family, or executed many acts of kindness towards his minions. They are unable to admit the guilt of not doing either. In a society like India, such a predicament is not understood as a failing but as male ego overriding the softer impulses of the heart, leaving generations of men unschooled in the art of letting go, or being vulnerable, even to those they are closest to. Although Bagchi writes two compelling women in the characters of Suvarnalata and Kamala, he does seem more at ease with the men—as in his other novels. Half The Night, in a sense, is a study of patriarchy, not only of its vicious grip over the lives of women, but also of the web of inequality it spreads among men, who perpetrate it on each other from different stations of power.

Wedged between the stories of the master and servant is a series of letters written by Vishwanath, an eminent Hindi author in the 21st century, grieving over the death of his only son in a road accident. His role becomes clearer only much later, completing the affective arc of the narrative. In spite of his great success, having conquered red tape, bureaucracy and professional jealousy, Vishwanath remains spiritually impoverished, crushingly defeated by a loss he can never recover from. “To be a good writer you have to be a good person," he admits in his final missive addressed to the American girlfriend of the son he never adequately loved—or told how much he actually did.

While the spectres of the pioneers of Hindi literature—Srilal Shukla’s Raag Darbari, the novels of Krishna Sobti—loom over Bagchi’s richly imagined universe, the influence that glimmers at the heart of his novel is a classic: Tulsidas’ Ramcharitmanas. In 2012, the year the idea of the novel properly began to take root in his consciousness, Bagchi found himself in Connaught Place in central Delhi one day. “My car had got towed and I walked over to a restaurant to get lunch," he says, “and on the way, there was a van of the famous Gita Press selling copies of the Manas." He bought one impulsively. A few weeks ago, sitting in his office at the Indian Institute of Technology, Delhi, where he teaches in the department of computer science and engineering, Bagchi had caught himself humming the song Mangal bhawan amangal haari, a paean to Lord Ram, from the hit Hindi movie Geet Gaata Chal (1975). In fits and starts, as he dipped into the Manas, read American scholar Philip Lutgendorf’s acclaimed study of the text, and became aware of its all-pervasive presence in Indian life, the novel started coming together.

At one level, Tulsidas’ life’s work is the key that unlocks Half The Night. Diwanchand, the younger son of Lala Motichand, relinquishes his inheritance, abandons his wife and child, driven by an overpowering desire to explore the work. His immersion in the text begins as a kathavachak, a narrator who performs it to the public, along with the exegesis of crucial passages, but ends up being a lifelong obsession. A version of Bharat’s self-effacing love for his older brother Ram also plays out in Diwanchand’s unshakeable devotion to his sibling Dinanath, on whom the burden of running the family business, nursing their ailing father, and caring for his family as well as his brother’s, rests.

Apart from the metaphorical transposition of the Ramayan on his plot, Bagchi extends the scope of the text much further, using it to expound the nuances of contemporary Indian life, where the mere mention of Ram could arouse a feeling of belligerent piety. In contrast, Vishwanath’s animosity towards his younger brother Jagannath, who takes up the job of a priest at a temple in America while Ayodhya is up in flames in 1992, is the antidote to the bigotry of Ram worshippers. In Half The Night, however, Bagchi takes us back in time when Ram bhakti didn’t necessarily involve trident-wielding devotees, intolerant of other religions. Instead, he writes of a moment when a Hindu schoolmaster could attend a mushaira with his Muslim colleague and be regaled by the charm of Urdu poetry, when secularism was an organic way of life, not a theory reviled by the mobs.

For its invocation of a less ideologically tainted India, which has faded into oblivion, Half The Night will resonate with readers who were fortunate to have lived then—or even to have received a glimpse of its dying embers—as well as with those who are now lost in a moral and intellectual wasteland. 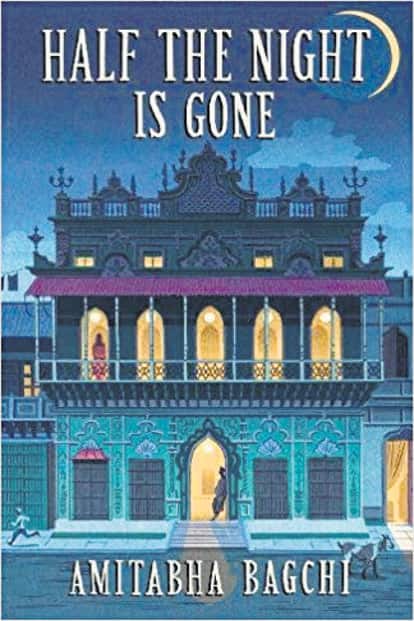 Half The Night Is Gone: By Amitabha Bagchi, Juggernaut Books, 320 pages, ₹599.