The science behind heartbreak

Can the heart really break under stress, anxiety or despair? A cardiologist explains the organ's secrets in a riveting new book

Over the years, I have learned that the proper care of my patients depends on trying to understand (or at least recognize) their emotional states, stresses, worries, and fears. There is no other way to practise heart medicine. For even if the heart is not the seat of the emotions, it is highly responsive to them. In this sense, a record of our emotional life is written on our hearts. Fear and grief, for example, can cause profound myocardial injury. The nerves that control unconscious processes, such as the heartbeat, can sense distress and trigger a maladaptive fight-or-flight response that signals blood vessels to constrict, the heart to gallop, and blood pressure to rise, resulting in damage.

In other words, it is increasingly clear that the biological heart is extraordinarily sensitive to our emotional system—to the metaphorical heart, if you will.

In the early part of the twentieth century, Karl Pearson, a biostatistician studying cemetery headstones, noticed that husbands and wives tend to die within a year of each other. This finding supports what we now know to be true: heartbreak can cause heart attacks; loveless marriages can lead to chronic and acute heart disease....

There is a heart disorder first recognized about two decades ago called takotsubo cardiomyopathy, or the broken-heart syndrome, in which the heart acutely weakens in response to extreme stress or grief, such as after a romantic breakup or the death of a spouse. Patients (almost always women, for unclear reasons) develop symptoms that mimic those of a heart attack. They may develop chest pain and shortness of breath, even heart failure. On an echocardiogram, the heart muscle appears stunned, frequently ballooning into the shape of a takotsubo, a Japanese octopus-trapping pot with a wide bottom and a narrow neck.

Though we don’t know exactly why this happens, the abnormal shape seems to reflect the distribution of adrenaline receptors in the normal heart. High adrenaline damages heart cells. Areas with higher receptor density (such as the apex, or bottom, of the heart) are more affected and therefore suffer the most damage. Though takotsubo cardiomyopathy often resolves within a few weeks, in the acute period it can cause heart failure, life-threatening arrhythmias, even death. The first studies of this disorder were in the early 1980s on victims of emotional or physical trauma (robbery, attempted murder) who seemed to die not from their injuries but from cardiac causes. Autopsies showed telltale signs of heart injury and cell death.

Takotsubo cardiomyopathy is the archetype of a disease that is controlled by interactions between the emotions and the physical body. In no other condition do the biological and metaphorical hearts intersect so closely. The disorder can even occur when patients are not conscious of their grief. The husband of an elderly patient of mine had died. She was sad, of course, but accepting, maybe even a bit relieved: it had been a long illness; he had had dementia. But a week after the funeral, she looked at his picture and became tearful, and then she got chest pain, and with it came shortness of breath, distended neck veins, sweaty brow, a noticeable panting while she was quietly sitting in a chair: signs of congestive heart failure. On an ultrasound, her heart had weakened to less than half its normal function. But nothing on other tests was amiss—no sign of clogged arteries anywhere. Two weeks later, her emotional state had returned to normal and so, an ultrasound confirmed, had her heart. 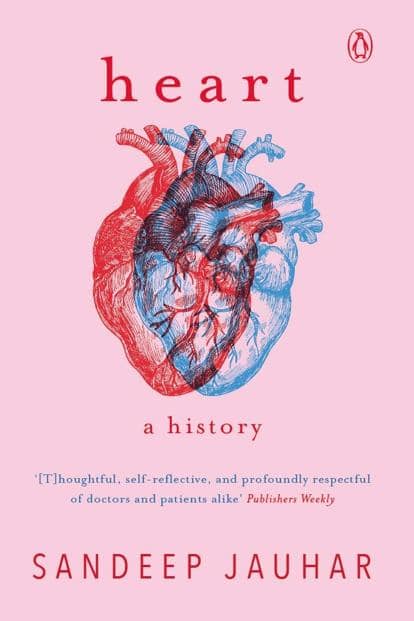 Takotsubo cardiomyopathy has been reported in many stressful situations, including public speaking, gambling losses, domestic disputes, even a surprise birthday party. “Outbreaks" of it have even been associated with widespread social upheaval, such as after a natural disaster. For example, on October 23, 2004, a major earthquake registering 6.8 on the Richter scale devastated Niigata Prefecture on Honshu, the largest island in Japan. Thirty-nine people were killed, and more than three thousand were injured. Landslides forced the closure of two national highways, disrupting telephone service and power and water supplies. On the heels of this catastrophe, researchers found that there was a twenty-four-fold increase in the number of takotsubo cardiomyopathy cases in the Niigata district one month after the earthquake, compared with a similar period the year before. The residences of those affected were closely correlated with the intensity of the tremor. In almost every case, patients lived near the epicenter....

By now, these findings should not surprise. Heart problems, including sudden cardiac death, have long been reported in individuals experiencing intense emotional disturbance—turmoil in their metaphorical hearts. The most unusual disturbances may have especially dramatic effects. In his book The Lost Art of Healing, the cardiologist Bernard Lown describes a case from an Indian medical journal in which a prisoner is condemned to death by hanging. A physician persuades the prisoner to allow authorities to bleed him rather than hang him because death by exsanguination is relatively painless. The man is strapped to a cot and blindfolded. Then his arms and legs are scratched, leading him to believe that he is bleeding. Lown writes:

Vessels filled with water were hung at each of the four bedposts and set up to drip in a basin on the floor. The water began to drip into the containers, initially fast, then progressively slowing [mimicking bleeding]. By degrees the prisoner grew weaker, a condition reinforced by the physician’s intoning in a lower and lower voice. Finally the silence was absolute as the dripping of water ceased. Although the prisoner was a healthy young man, at the completion of the experiment, when the water flow stopped, he appeared to have fainted. On examination, however, he was found to be dead, despite not having lost a single drop of blood....

This is what happened to my grandfather. His sudden death was likely caused by the intense fright he experienced when he saw the snake that bit him. But stress can have both acute and chronic effects, and so I believe the emotional conditions for his cardiac death were laid much earlier, during the tumultuous partition of India in the summer of 1947. My grandfather lived in a district in the Punjab province of what is today Pakistan, where he owned a land management business, hiring laborers to tend to large estates. With the end of British rule in August 1947, the long-standing animosity between Hindus and Muslims in Punjab, as in the rest of the Indian subcontinent, exploded. That year, six years before my grandfather died, the country was partitioned into India and West and East Pakistan (now called Bangladesh), along largely sectarian lines. The result was the largest mass migration in recorded history. Millions of Hindus trekked into India (my grandfather’s family among them). Millions of Muslims went in the opposite direction. The violence on both sides was unimaginable, with massacres, rapes, abductions, and forced religious conversions. One victim was my grandfather’s family’s priest, whose throat was cut by a Muslim gang when he refused to say “Allahu akbar." “We had Oms," my father explains, pointing to a gray tattoo on his hand. “No question they would have killed us, too."

Edited excerpts with permission from Penguin Random House India. The book is available on sale from next week.