The rise of alternative performance spaces

New experimental spaces in Indian cities are breathing fresh life into the performing arts: theatre, music, poetry and dance. A few established theatres across the country functioned as platforms for these arts, but often stuck in a bureaucratic straitjacket, grew increasingly staid. However, new ventures are cropping up which are proving to be attractive alternatives.

Such venues uniquely serve as crafty laboratories for certain kinds of theatre, say, “epic theatre", based on the ideas of Bertolt Brecht, an influential German playwright and theatre director. He used “distancing effects"—like breaking the fourth wall—to remind the audience of the fictionality of the drama, which he believed enabled them to appreciate the underlying broader themes by not identifying too strongly with the characters.

Every performance for the audience, instead of being passively enjoyed, becomes a spectacle to actively engage with. What one would call “mistakes" in a larger venue, become special, shared experiences with the audience in an intimate setting: an actor momentarily forgetting a dialogue or a slight stutter during a song, followed by a shared smile of acknowledgement.

All it takes is a turn off the main Chattarpur Road in New Delhi for the derelict, ramshackle and dust-ridden landscape to turn into an oasis for the arts. We’ve arrived at Dhan Mill Compound, a mini colony of warehouses, which is also home to the performance space, Oddbird Theatre. Were it not for the row of potted plants along the sweeping French windows, one could mistake it for just another industrial warehouse. However, this quirky, experimental space is anything but that. A refurbished warehouse, its aesthetic is what designers call “warehouse chic"—exposed brick walls and fixtures, metal and wood finishes, which lend a raw appearance to the space. The drab surroundings further enhance the venue’s appeal and lend it additional charm.

Founded in 2016 by Shambhavi Singh, a former marketer; Akhil Wable, a computer engineer; and Virkein Dhar, a dancer, it’s one of the spaces sprouting in Indian cities that question the humdrum practices of conventional theatre. Oddbird’s programming is eclectic—from plays, art workshops and book discussions to music concerts and dance performances. A recent performance by Voicestra, a vocal quartet, included Balkan folk music, whose lush, chant-like melodies resembled Vedic chanting. The ability to experience distant folk music traditions in an intimate setting is one of the few remarkable offerings by this theatre. (www.oddbird.org/)

Almost as if it were a rule for offbeat spaces to be surrounded by mundane buildings, the newest experimental space in the Capital, Black Box Okhla, doesn’t disappoint by being located in the city’s commerce and industry district. The venue borrows its name from the term “black box theatre", used to describe flexible, intimate and no-frills spaces that focus less on technical wizardry and more on the human emotion and drama. These are often makeshift spaces—a library, bookshop or, in this case, an old factory—free from limitations of conventional theatre-like fixed seating and a designated performance space.

Nikhil Mehta, founder and artistic director of Black Box, has a degree in theatre direction from Columbia University, New York and served as assistant director on a Broadway production. He feels that theatre programming in India needs a seismic shift. “We’re not at par with global contemporary theatre, because we’re not keeping up with the technology that allows for more detailed work. Programming theatre to run for only one or two nights has led to the death of theatre in India," he says in an email. Mehta’s first work in the space is The Shakuntala Project, a play involving a couple who relive Kalidasa’s Shakuntala, running till 30 September. Mehta says the production is his “attempt at fighting against these two prevalent practices"—subpar technology and one-off performances. (facebook.com/blackboxokhla)

The 2,500 sq. ft venue in Bandra, spread over two floors, hosts writing workshops, stand-up comedy, poetry readings and music concerts. Providing a fillip to emerging talent, it hosts open-mic events to share original music or poetry. A forthcoming show promises an “immersive theatre" experience in which the audience is not chair-bound, but explores different areas of the space where positioned characters tell different stories (facebook.com/toocuckoo)

Lshva, a Sanskrit word for actor, dancer and performer, holds dance workshops, classes and hosts theatre companies. It was founded by noted Bharatanatyam dancer Rukmini Vijayakumar, who, after noticing the lack of such spaces in the city, envisioned a “collaborative space for artists of different genres to come together, practise and influence one another." Through its “dance evenings" and “master performance" series, Lshva brings established performers to talk to the wider public about their journeys and challenges.(www.lshva.in) 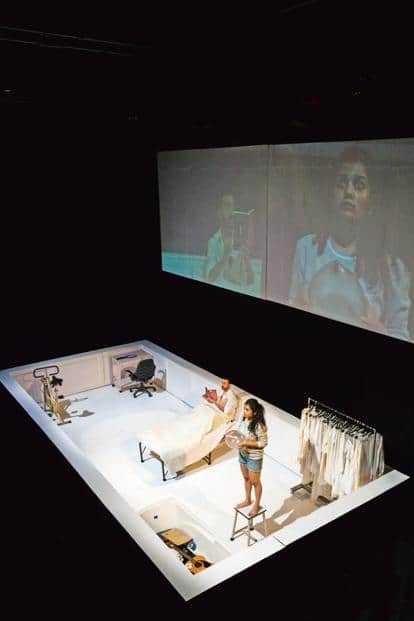