'Frankenstein' might be the first science fiction novel, but its literary heritage has a vibrant afterlife in pulp fiction

Victor Frankenstein and his moping, depressed creation was conceived of by Mary Shelley a good century or more before the golden age of pulp fiction, but the monster and the genre had always seemed made for each other. Reanimated corpses, hubristic scientists, secret laboratories, rogue humanoid creations—each of these tropes scream “pulp"! Throw in Shelley’s geographic plot devices, like a ship stuck in the Arctic ice or a hidden retreat in a remote Scottish island, and the pulpy potential of the story becomes more marked.

Perhaps unsurprisingly, pulp writers pounced upon the twin tropes of mad scientist and reanimation first. It certainly inspired pulp’s greatest luminary, H.P. Lovecraft. One of his early tales, Herbert West—Reanimator, is a take on Frankenstein that transforms the philosophical and moral horror at the heart of Shelley’s novel into something out of Tales From The Crypt. Serialized in an amateur magazine called Home Brew between February and July 1922, Lovecraft wrote his story for the most pulp of reasons—he needed the money. Not that he was too happy with the $5 (around Rs300 now) that he was paid for his troubles.

While Shelley’s novel and Lovecraft’s story are similar in their basic premise, they vary wildly when it comes to looking at the consequences of trying to play god. Both Victor Frankenstein and Herbert West start out as idealistic geniuses at odds with scientific dogma. However, while Frankenstein never recreates his experiment, destroying his creation’s proposed bride before giving her life, West keeps on with increasing zeal. This eventually leads to insanity. Narrated by West’s friend in the aftermath of the former’s mysterious and, as the reader learns, ghoulish disappearance, we get a yarn that spans 17 years. It begins as West and the narrator are finishing medical school at Miskatonic University in Arkham, Lovecraft’s imagined locale of choice. West clashes with his professors, who frown upon his experimental re-vivification “solutions", even as he searches for fresh, whole cadavers to work with. 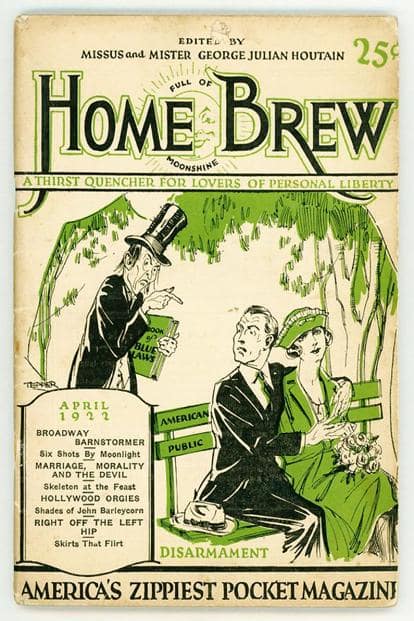 Despite a ban, West and his companion carry on in secret, giving life to many corpses. None of the “successful" reanimations end well. Where Frankenstein’s creature was an unqualified success—except in its appearance—West’s creatures were inchoate, cannibalistic ghouls. While Frankenstein felt extreme remorse at what he’d done, West felt none at all. In fact, West is the true villain of the story, growing even more unhinged in his quest for fresh corpses, right up to murdering innocent people. After a long and dubious career of reanimation, West gets his comeuppance in spectacularly gruesome fashion at the hands of his many experiments.

Lovecraft was a student of weird fiction, as his essay, Supernatural Horror In Fiction (1927), bears out. He held Shelley’s novel in high esteem, writing, “It has the true touch of cosmic fear, no matter how much the movement may lag in places." Lovecraft’s lurid story helped bridge the gap between Frankenstein’s proto-science fiction and horror genres like zombie tales. He wrote two more works of fiction on the theme of reanimation, the short story Cool Air (1928) and the novella The Case Of Charles Dexter Ward (1941). Both are macabre classics, though only Cool Air bears any resemblance to the Frankenstein theme. In it, a man (the narrator) living in a New York brownstone apartment has a chance meeting with another tenant, a brilliant and eccentric doctor, who lives in the same building. The strangest thing about this man’s apartment is its extreme air-conditioning, which is perpetually set to freezing levels. One night, the mechanism breaks down and the air-conditioning fails. The doctor pleads with the man to keep him cool before mechanics can repair the system. He is kept in a bathtub full of ice that is continuously replenished, although the increasingly panic-stricken doctor insists that the pump be repaired. The narrator leaves the house the next morning to fetch mechanics to get the air-conditioning up and running, but returns to find the doctor’s lifeless body in a terribly rapid state of decomposition. He also finds a letter, where the doctor admits to have died almost two decades before. The doctor, who called himself the “bitterest of sworn enemies to death", had successfully kept his own corpse alive until the fatal failure of the air-conditioning system. 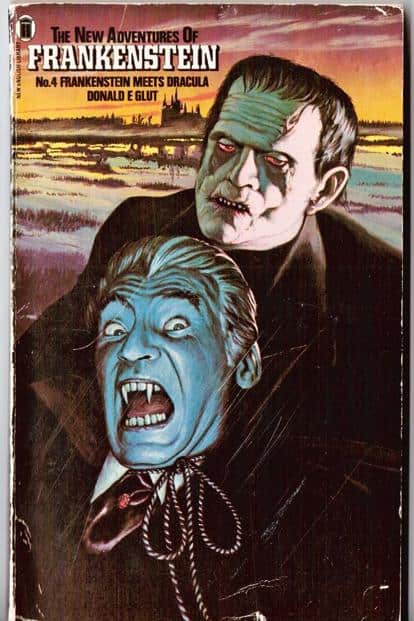 Another pulp luminary influenced by Frankenstein was Donald F. Glut. Glut donned many hats in his long career from the 1970s onwards, including those of an amateur film-maker, a best-selling writer of Star Wars novels, a rock singer and a Marvel Comics writer. His late 1960s burst of Frankenstein novels and short stories are a marvel. Collected into two anthologies, The New Adventures of Frankenstein Volumes 1 and 2, in novels like Frankenstein Lives Again!, Terror Of Frankenstein, Frankenstein Meets Dracula and more, Glut created an astonishing body of work that combined fan-fiction and monster mash-up in tales that are both entertaining and literary. Glut identified with Frankenstein and his ability and urge to create. His modus operandi was quite simple. He took Frankenstein and his creature and put them in situations where they faced off with werewolves, Dracula, the Mummy, Tarzan, and King Kong-like giant gorillas. In mixing all his favourite pulp pop culture artefacts—Hammer Horror movies, cowboy westerns, The Phantom and The Shadow comics, among others—Glut’s body of work is a Frankenstein’s creature in its own right, a postmodern Prometheus.

The 1970s seem to have been a notable decade in a Frankenstein revival. In science fiction, Shelley’s novel was given its now accepted place as the genre’s progenitor in Brian W. Aldiss’ landmark history of the genre, Billion Year Spree (1973). The same year, Aldiss also wrote a novel, Frankenstein Unbound, in which the protagonist travels back in time to an alternate reality Lake Geneva, in 1816. There he meets Victor Frankenstein, his creature and the young Shelley taking notes.

Frankenstein was also played up for camp humour. In the Swedish novel Frankenstein’s Aunt (1978) by Allan Rune Pettersson, Victor’s aunt arrives at Frankenstein’s castle to set the house in order and deal with the creature, the Dracula and the werewolf, who are all living there. In the cult movie, The Rocky Horror Picture Show (1975), the outlandish Dr Frank N. Furter, who calls himself a “sweet transvestite from Transsexual, Transylvania", creates his own creature, Rocky, a gorgeously muscled blond man “with a tan".

The jacket of the illustrated ‘Herbert West-Reanimator’.

In more recent times, there are the Frankenstein novels of Dean Koontz. The five novels, beginning with Prodigal Son (2004) and ending with The Dead Town (2011) follow the career of a villainous Victor Frankenstein, living in present-day New Orleans under the nom de plume Victor Helios. Having prolonged his own life, Helios now seeks to create a master race subservient to him using modern technology like synthetic biology. His original creation is still around, as the tortured but heroic Deucalion. Along with two hard-boiled detectives, Deucalion seeks to thwart his former master’s evil plans. Combining motifs of science fiction, horror and thriller, the novels are the perfect pulpy melting pot, straddling genres that are all indebted to a story dreamed up by a teenager 200 years ago.