The new rules of Menswear

Men are dressing up more than ever, fuelled by new workplace dress codes, individual expression and fresh trends. Lounge deconstructs the 'rules' for dapper dressing in 2018

Clothing for men has traditionally been deeply compartmentalized—there’s a suit or dress shirt and trousers for regular workdays, polo T-shirts and khakis for Fridays, traditional garments for festivities, and shorts for holidays and the gym. There are rules about colours, patterns and cuts, especially when it comes to work, from pinstripes and small checks to dull monotones of brown, blue or grey. So categorical are the regulations that a man’s wardrobe could be reduced to five colours and a dozen items to last forever. It might sound hyperbolic, but it isn’t far from the truth. Ever wondered why it takes the average guy just “5 minutes" to get dressed? Somewhere in this one-dimensional closet lies the answer.

But a disruption is underway. In 2010, the #menswear phenomenon erupted on Tumblr, an internet-driven movement dominated by images of dapper men. American street-style stars like Nick Wooster and Lawrence Schlossman became major influencers as the hashtag led to book deals and collaborations with fashion weeks, magazines and brands. But by 2015, critics had begun to complain of a dilution in aesthetics, and, by 2016, The Business Of Fashion, Imran Amed’s influential fashion website, had declared #menswear dead.

But it paved the way for something new.

Suddenly, men stopped looking like they lived out of a tiny wardrobe. They wore suits in myriad hues, added eye-catching accessories, and didn’t think twice about going sock-less. Menswear was simultaneously dapper and daring, and it was all the better for it. Around the same time, something equally remarkable happened in workplaces. In 2016, JPMorgan Chase created headlines when it relaxed its dress code to include business casuals. According to a report in Business Insider, the memo stated that it had become virtually impossible to ignore that an increasing number of clients dressed casually and business casual was the norm in many parts of the US. The memo stated, “While it may not be possible to dress business casual at all times or in all areas, we believe having a firmwide guideline is the right thing to do."

Closer home, IT services company Infosys had already taken a step towards business casuals in 2015, allowing employees to wear casual clothes throughout the week. Former CEO Vishal Sikka, who would often be spotted wearing a blazer and T-shirt over jeans at public events, was cited as a major influence in the decision at a time when casual wear was still limited to Fridays.

“There is simply no corporate dress code today," says J. Suresh, managing director and CEO of Arvind Lifestyle Brands Ltd, observing that the dress code in Indian workspaces today is remarkably different from what it was 10 years ago. “When I was working with Hindustan Unilever, more than a decade ago, there used to be a dress code and we had to wear suits and ties on a daily basis. But there is no such thing now, even in the banking and financial services industry, one of the most formal industries."

Even as old-school organizations adopted a laid-back attitude to corporate dressing, start-ups made way for entirely new codes, reflecting horizontal hierarchies and a hands-on approach to work. In addition, consider the fact that a fundamental idea of start-ups is working—and living—by a sense of individualism.

The role models began to come from the mecca of start-ups, Silicon Valley, and included Steve Jobs and Mark Zuckerberg. Jobs, who died in 2011, wore jeans and turtleneck jumpers all his life and Zuckerberg turned the grey T-shirt and jeans into a personal style statement so arrogantly simple and effective that every start-up founder would strive to emulate the dressing principle.

“The intelligence with which a consumer decides on essential pieces has greatly changed over the last decade," says designer Raghavendra Rathore. “People are much more open to trying new styles, colours, and a mix of everything, versus the old thinking which was driven by the dictates of the past."

Men are dressing more expressively than ever, bringing their personal sensibilities into work dressing. For Aman Nath, co-founder of Neemrana Hotels, dressing well is a natural choice, guided by functionality, comfort, and a fit body. “I have never worn neckties," he says, referring to basics such as trousers and shirts with Nehru jacket, which works equally well for a kurta-pyjama. “Under-dressing is certainly better than being overdressed for each occasion. I’ve done that excessive bit too—but an overdressed adolescent is better than a juvenile grandfather. I don’t dress consciously but a whisper is often heard more than a shout."

Keegan Pinto, national creative director–branded content, at FCB Ulka (West), and full-time musician, is a rule-breaker when it comes to dressing up. He wears distressed jeans and long shirts to boardrooms, swears by pop-coloured shoes, and skips a blazer in favour of shrugs. “As a creative person, I am irreverent, nonconformist, non-corporate even in a corporate job," he says. “ What I do is what I wear, and what I wear is what I do."

In 2018, the restrained and rebellious stand together in the spotlight, neither particularly concerned about rules. After all, there are no strict rules any more. You are free to mix and match, combine high fashion with streetwear, turn up for work in natty loafers and no socks.

Yet, industry insiders use the word “casual" with caution. Gaurav Mahajan, president—apparel business & MTM, Raymond, prefers the term informal. “There was a gap between what was formal and casual that has emerged as the sweet spot for informal clothing," he says. “After all, there’s a fine line between standing out and sticking out."

The lines between laid-back or experimental, and sloppy, are getting blurred. Dressing dapper in 2018 takes an open mind, some practice, a lot of research, and, according to Pinto, a streak of bravery. 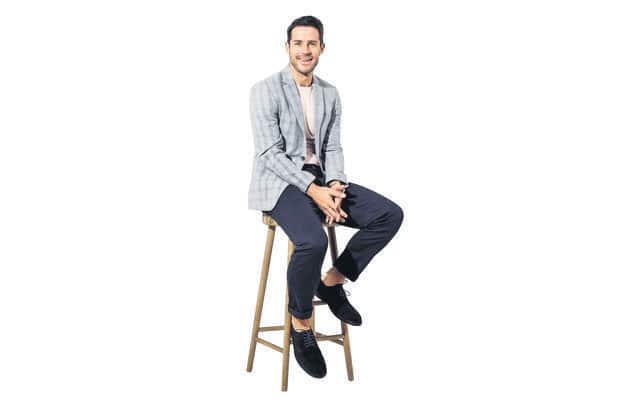 1. Make way for the blazer

The blazer is the power uniform for corporate professionals in India, especially among those aged 25-40. “India never had the culture of layering like in the West, but now, people want to wear blazers," says J. Suresh. “India is too hot for conventional blazers, so there is also a change in structure. From materials like cotton or knits, to different patterns and slimmer cuts, there is a huge difference in blazers today."

Blazers can be to men what the black dress shirt is to women, shifting between occasions with poise. Lightweight blazers and knitted textures are great picks, as easily paired with a shirt as with denim and T-shirts. “People wearing denims and chinos, with informal shirts and soft jackets, is a typically contemporary look," says Gaurav Mahajan. Time to say goodbye to the suit? Not quite. But the new suit looks good, and feels better. Sandeep Gonsalves, co-founder of SS Homme, swaps the more common polyester suits for natural fabrics like wool. “There is a misconception that suits made from wool are heavy," he says. “But what we recommend are 100% worsted wool suits that are softer than linen." Suits are also getting more functional with tech innovation. Paul Smith’s A Suit to Travel In collection boasts of a “natural bounce" so the fabric springs back before any creases form. “People are also experimenting with nanotechnology," says Gonsalves. Look for features like nano-coating, quick-dry and stretch in your picks. The suit is lighter too—bulk is a no-no, unless you are heading to space. Think light lining, fitted shapes, soft shoulders and slimmer lapels. 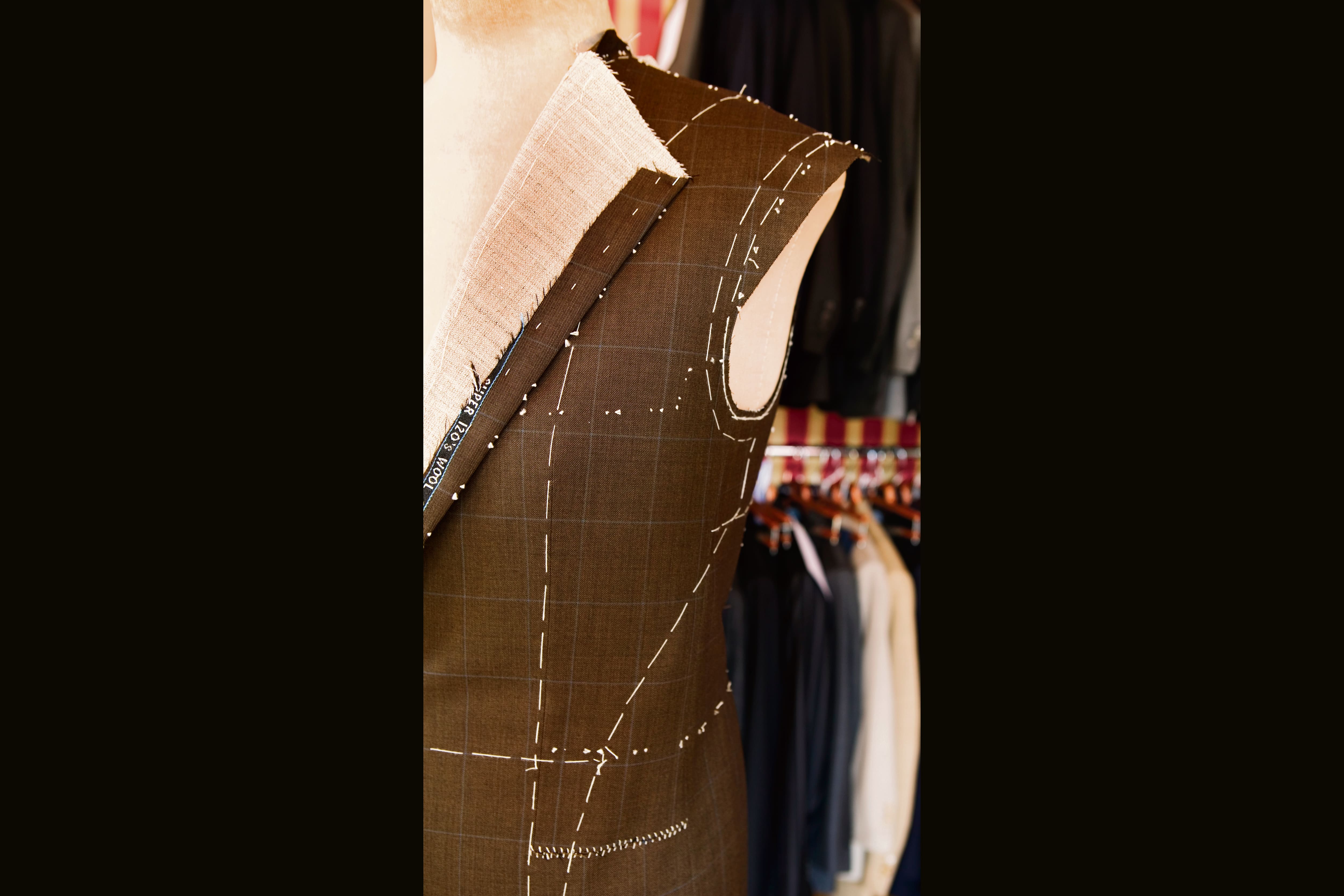 3. Want a unique detail? Get a bespoke outfit

A bespoke garment is the ultimate luxury, tailored to size and taste. “The surge of ready-to-wear which has lasted for 25 years is downtrending," says Vito Notaristefano, head of design at bespoke tailoring firm Tailorman headquartered in Bengaluru. “Even Indian men who normally customize only for occasion or premium suits can be seen doing it across their wardrobe." From hard-to-find Italian construction to special requests, a bespoke tailor can see to your most specific needs. The SS Homme team focuses on micro details, including working cuffs, lapel loops, monograms and adjustable waist bands for fluctuating sizes. Think that a bow tie, or ornamental ring, has no place in your closet? Think again. Accessories can breathe life into your outfit, and that applies to men too.

The tie, once synonymous with workwear, is now an elusive entity. Partha Sinha, assistant vice-president, design: Louis Philippe & Luxure (Aditya Birla Fashion and Retail Ltd), says, “With the growth of ‘separates’ and ‘coordinates’, young professionals prefer their ensemble without ties, but definitely with pocket squares." Those who do wear ties, prefer skinny cuts and woven textures. Another old-school favourite, watches now come in tech-savvy smart versions.

Gonsalves loves the impact accessories can have on an outfit, particularly pocket squares and lapel pins on a suit. Hidden details like cufflinks and brooches will make your ensemble pop.

Men typically don’t have a thing for bags, but minimal designs from labels like Tumi, Nappa Dori and Hidesign are perfect for keeping your essentials organized. 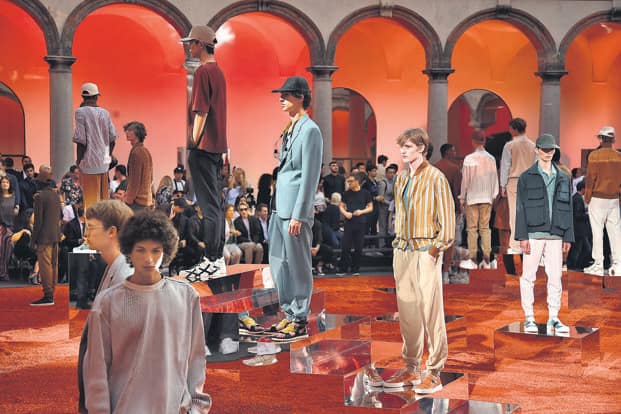 5. Add colours and prints to your ensembles

There’s more to dressing up than black, brown and navy, be it pastels or jewelled tones like burgundy and forest green. Saikat Mitra, creative director of Van Heusen, says, “Trendy colours are adopted much quicker; apart from green, lilacs and pinks have been popular, with burgundy, ultra violet (Pantone’s Colour of 2018) and salmon pink being season favourites."

Even the suit is in line for some colour. “Modern blue has replaced basic black, and melange grey has replaced charcoal grey, preferably with some surface interest," says Vito Notaristefano.

Think of menswear at its most austere, and imagine the difference a pattern can make. There’s more to prints than stripes and checks. “Florals have been doing well for a couple of seasons with botanicals and tropical foliage prints, along with geometric prints," says Mitra. While big prints are an anomaly in workspaces, micro-prints will serve you well—try quirky motifs like miniature robots, wildlife, or even food. 6. Lace up those sneakers and go sock-less

Jean-Michel Casalonga, master shoemaker at Berluti, which just opened stores in India, thinks that a respectable shoe closet should have 10-15 shoes. “You need shoes for different occasions," he says. “Besides, good shoes deserve two days of rest for every day they are worn."

Casalonga needn’t worry—Indian men (especially those in the Lounge team) are increasingly smitten by good shoes. Traditional Oxfords have been the failsafe choice for eons, but now brogues and loafers too are familiar, in colours like grey, blue and burgundy, apart from the staple black and tan. Wearing socks isn’t mandatory, particularly in summer—if you must, pick a bright colour or offbeat patterns.

The real disruption in the shoe department, though, is the sneaker. Be it high-end Nike models or the trending eco-conscious Allbirds designs, sneakers find place of pride in the cabinets of Silicon Valley leaders, fashion influencers, and office-goers too. In plain colours and lighter soles, the work-ready sneaker is a minimal departure from traditional sneakers, easily paired with the blazer-and-denim look, or suits, for the adventurous. 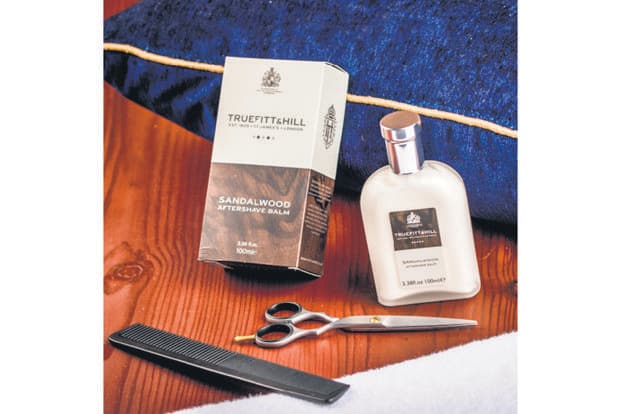 Men are also paying greater attention to how they look neck-upwards. According to Istayak Ansari, director of Lloyds Luxuries, which brought the British heritage barber shop Truefitt & Hill to India, “Earlier, a haircut and shave were the most men would get done. Now they regularly request five-six services, including facial, mani-pedis, and hair treatments."

Ansari recommends trying new things, whether it’s a product or a hairdo, but doing so with expert help. “Men often carry the same hairstyle for years," he says. “I’d encourage experimenting, but the barber (or stylist) too must be convincing and do a good job."