The best of Salone del Mobile

Lounge curates the top 12 picks from the 2017 edition of the Milan Design Week and the Salone del Mobile, the biggest annual celebration of design and interiors in the world

In the fall of 1961, a small trade fair, the Salone del Mobile, was put together by a group of furniture makers in Milan. Fifty-six years later, it has become one of the biggest exhibition-cum-trade fairs in the world, bringing together the best of global interiors, lighting, furniture, wall art, textiles and more within one sprawling district. The fair is the principal attraction of the Milan Design Week, with collateral exhibitions spread across the city.

Warehouses get redesigned, stores and galleries display new collections, open areas become temporary galleries for ephemeral installations, parties and cocktails fill the nights, and a sprawling display area of over 345,000 sq. m becomes a hub of creative activity. This year’s edition was held from 4-9 April and about 343,600 visitors viewed the works of over 2,000 exhibitors, according to the event’s official statement.

From the fascinating diversity that was on offer, Lounge picks the top designers—some who have become tastemakers and others who are emerging as designers to watch out for.

Baas has gained a reputation for being one of the most artistic and subversive contemporary Dutch designers. His work is marked by an uncommon, theatrical and rather radical approach to design. He achieved instant fame when he launched his ‘Smoke’ collection, in which he had charred found objects, including classics by designers like Ray Eames and Ettore Sottsass.

For the Salone, he presented the ‘May I Have Your Attention Please?’ installation, which won the Milano Design Award 2017 for Best Concept. Baas filled one of the old warehouses of Central Station—adjacent to one of Italy’s busiest railway stations—with 101 chairs, designed for Dutch design house Lensvelt, and megaphones that continuously whispered sounds, words and phrases. In his signature theatrical way, he parodied the desire for attention at the design week, as well as in our everyday lives. 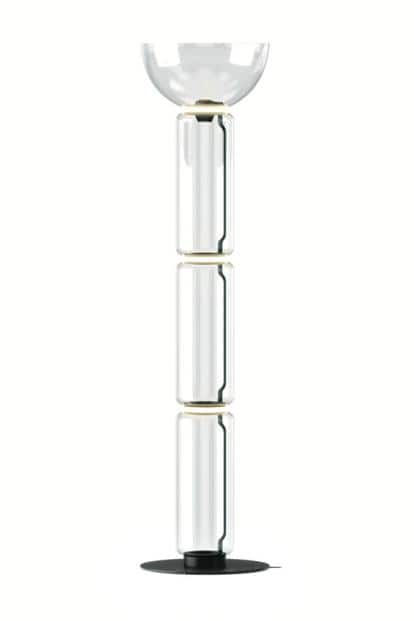 Acclaimed Munich-based industrial designer Konstantin Grcic constantly refers to simplicity as a value in his designs. Research-led, centred in function and formality, with a strong inclination for technology and innovative material, Grcic has created classics over the last 25 years—like the sculptural Chair_One for Herman Miller. His latest, the ‘Noctambule’ lamp for Flos, debuted at the Milan Design Week last month. The cylindrical modular glass system appears invisible when switched off and reveals itself by night with a soft meditative glow, powered by LED.

Studio Job is a creative studio founded in Antwerp by Job Smeets and Nynke Tynagel. Their work combines fine craftsmanship with excessive ornamentation and, often, a tongue-in-cheek message. They shaped the peeled-banana lamp first in 2015, for an exhibition at the Samuel Vanhoegaerden Gallery in Belgium. For the Salone, they decided to make them affordable and accessible to a wider public and launched the ‘Un_Limited Banana Lamp’ editions for the Italian manufacturer Seletti. The new lamps are a subversive yet playful comment on the notion of exclusivity. The three slightly different versions in this collection are titled ‘Huey’, ‘Dewey’ and ‘Louie’.

Spanish designer Patricia Urquiola set up her studio in Milan in 2001 and, in just 16 years, has worked with most of the significant design houses in Europe, including Moroso, B&B Italia, Flos, Kartell and Axor. At the Salone, she launched her outdoor living collection, ‘Garden Layers’, designed for Spanish rug-making company Gan. It is inspired by her visit to India. The design invites lounging on rugs, mats, bolsters and cushions, and allows for various arrangements.

Nendo, the Tokyo-based house founded by Oki Sato, has represented the best of Japan at the Salone every year. It is known for creating meditative, minimalist and highly conceptual designs. For this year’s edition, Nendo’s exhibit, ‘Invisible Outlines’, was shown at the Jil Sander showroom—16 installations that blur established perceptions of objects, by manipulating outlines. The most talked about piece was the ‘Jellyfish Vase’. Ultra-thin, transparent silicone pieces were set into an illuminated aquarium. Set against an all-white backdrop, these inky-blue vases wobbled gently like jellyfish and highlighted the relationship between vase and water; rigidity and fluidity; and form and material.

Cyprus-born, London-based designer Michael Anastassiades’ clean lines, classic shapes, and semi-circles of light are known to create a poetic atmosphere, with a utilitarian function at their heart. He launched four collections at Euroluce, the lighting show within the Salone. One among them, the ‘Mobile Chandelier’ series, is a light system that precariously balances horizontal lines with delicate semi-circles. 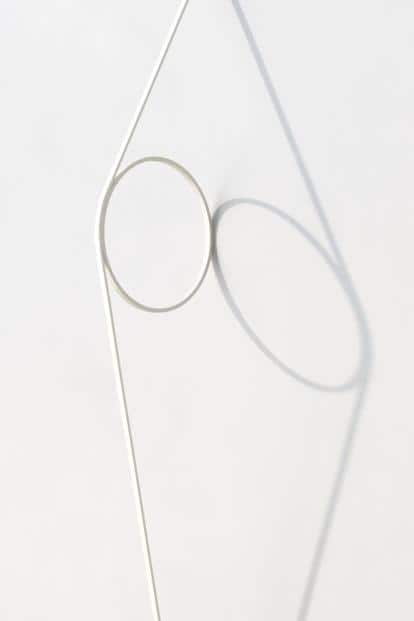 Israeli-born Ron Gilad is known for his eclectic, witty design language. After spending a few years in New York, he now divides his time between Tel Aviv and Milan. Early this year, he was appointed creative director of the Italian design company Danese. At the Salone this year, Gilad presented for Molteni&C, an Italian design house, a sculptural storage unit called the ‘Teorema’. Made with American walnut, its several drawers can be used as a single unit or stacked in various, endless arrangements.

Martino Gamper—Going Back To Basics

Martino Gamper is a multifaceted Italian-born, London-based artist-designer. He is renowned for his 2016 project ‘100 Chairs In 100 Days’—he repurposed 100 found chairs. For the Salone, he presented the ‘Arco Outdoor Chairs’ designed for Moroso, which were part of the exhibit titled ‘Back To Basics’. A sleek iron frame holds the tautly woven rope seat, creating bouncy, comfortable chairs for the outdoors.

Architect-designer Steve Leung is an advocate of the joyful touch in contemporary design. His work is designed with an intent to provide pleasure, to create a moment of warmth and relaxation. Hence the curved form, velvet upholstery, fully coated leather heel and double-lined elliptical headboard in the ‘Princess Bed’ that he presented at the Salone, designed for Italian company Visionnaire’s Nature Jewel Box collection.