Almost a decade after Lehman Brothers' collapse, India's banking and finance sector continues to be plagued by disruptions. An excerpt from a book that examines this turbulent period

On 15 September 2008, Lehman Brothers Holdings Inc. filed for bankruptcy. Investors rushed to sell the stock of ICICI Bank Ltd, which had a small exposure to the iconic US investment bank. The Reserve Bank of India (RBI) asked Lehman Brothers to close all transactions with Indian banks within 24 hours. There was panic all round; India’s GDP growth plunged to 3.5% in the March 2009 quarter. The RBI cut the policy rate from 9% to 3.25%, pumped in Rs5.6 trillion into the Indian financial system, and the good days returned. But the boom didn’t last, inflation zoomed, and so did the banks’ bad assets. Elsewhere, for India’s microfinance industry, it was a journey to hell and back. Meanwhile, some public sector banks are crumbling under the burden of bad loans, and fast losing relevance.

Tamal Bandyopadhyay’s forthcoming book From Lehman To Demonetization: A Decade Of Disruptions, Reforms And Misadventures raises some relevant questions: Has the RBI cracked the Da Vinci Code of Indian banking? Can we get businessman Vijay Mallya back from London to pay his dues? Why do we need reforms in government-owned banks? Did we need the Bharatiya Mahila Bank? Or, a paper tiger called Banks Board Bureau? Is demonetization a boon or bane?

This excerpt revisits the time when everything started crumbling for a young Indian professional. He now runs his own real estate broking business.

This is a story of a young financial-sector professional who rode on the economic boom of the past few years, but lost his job when the wave of the global credit crunch hit India after the collapse of the Wall Street investment bank Lehman Brothers.

His story is very surreal. The young MBA changed three jobs in the past four years and his annual salary rose from Rs60,000 to Rs550,000 by hawking loans to small and medium entrepreneurs and mortgages. After he joined a large non-banking finance company (NBFC) with footprints across India, he got a hefty bonus for the year ending March 2008. But the good time did not last long. The cracks started showing from January itself, with borrowers diverting money into the stock market and instances of rising defaults. The NBFC, with its headquarters in Mumbai, chose to look the other way till the liquidity crunch hit it hard. By end-September, the company started asking people to resign. He was the last person of his thirty-member team to be asked to go.

Here’s a first-person account of how a buzzing office turned into a cemetery and the computer terminals became tombstones.

I was on my way to office. XX, my former colleague and now with a big NBFC, called me. They were looking for a sales manager to handle their SME (small and medium enterprise) loan portfolio. I knew if I could make it, I would be on a fast track as the company is very aggressive. I was in my casual Saturday clothes but my former colleague insisted that I drop in at his office. It was a small office with DSAs (direct sales agents) swarming all around. There was no place to sit. Somehow he managed to find a sofa in one corner of the reception and my first interview was over in ten minutes. I was not even carrying my CV!

My key area of responsibility would be appointing DSAs (direct sales agents), training them and generating business. We also discussed other key issues such as IRR (internal rate of return), fee income and cost of acquisition.

A day later, I got a call from the SME (small and medium enterprises) business head and it’s another ten-minute interview on the phone. I could feel his aggression while talking on the phone. He agreed to all my terms and offered me the job, provided I join in a week. I got a 35 per cent raise in salary, but including other benefits, the hike was close to 60 per cent. Not bad, I thought.

It was like a dream. Every month we exceeded our target by more than 30 per cent. We were working till midnight every day and it was great fun. Particularly, the construction equipment and commercial vehicle finance division was doing extremely well. They were far ahead of us. The personal loan division was also giving us a good contest. The mortgage (home loan and loan against property) and auto loan divisions were not doing that well compared to others.

There was no semi-annual appraisal for me as I had not been there from the beginning of the year. But those who had been around then got a good hike. I was told that if I do well, I will get a bonus. The terms on which the appraisal was done were business volume, returns, defaults, etc. (October, November and December—we were going a bit slow. But it was a happy time for me as I became a father. I will have to be more responsible now.)

We moved to a new office. It was a huge 25,000 sq. ft office and I got my little corner, an independent workstation. There were some 400 workstations and a large meeting room with all modern facilities, as well as a training room. We also got a huge cafeteria.

I started working harder as I wanted to get a good bonus. I could not afford to lose out on an excellent rating. Money motivates.

But then, instances of cheque bouncing started. The collection department had to work now. They have had a cushy time so far. Strangely, big-value loans started defaulting. One such loan involved a big confectionery firm in east India.

The collection managers looking after personal and auto loans were also under pressure.

But all efforts went in vain. Only a few made payments while the rest told us they could not pay as their business was not in good shape.

The situation became worse. We were really scared.

We didn’t have any mechanism to track the end use of funds. Part of our loans started flowing into the stock market. With the Sensex rising to its lifetime high, people became greedy. We got to know that the customers delinquent in our books were also defaulting with other private financiers. It was shocking. All customers turning delinquent had taken loan from multiple financiers, and the loans were not backed by any security.

My boss told me that I would not need to bother about delinquency as that’s not my area. The credit appraisal process was more or less templated although we had to invite the customers personally for a formal business discussion.

Time for reward, time for party.

Our new deputy CEO visited all metros to celebrate our achievement. We achieved Rs70 billion worth of business in less than a year!

I got a good bonus and felt very happy. The next year’s budget was Rs100-billion business for all products—mortgage, auto, personal loan, loans for construction equipment, commercial vehicle and SME. And the focus was on secured funding.

Time of slow growth—the business volume was coming down. What contributed to this was also the rise in the policy rate of the Reserve Bank of India. It did so to fight rising inflation. We cut the DSA payout and the cost of acquisition was reduced to 1 per cent.

I could sense that difficult time was ahead. Only the customers desperate for funds would come to us. With the cut in the DSA payout, we also became the least preferred financier for the DSAs. By the time the loan proposal came to us, the customer was already overleveraged. So, the growth in loan approval started coming down.

And the delinquency rate was shooting up sharply to 8-9 per cent...

We stopped loan disbursements completely. The message from the top management was that it was only a short-term blip and we would start soon. The cost of fund was extremely high at that point of time....

That was a clear signal. I started looking for jobs. I uploaded my CV on all the major job portals, but there was no response....

My friends working with other NBFCs started losing jobs and a few of them managed some placements after taking huge pay cuts. I can’t afford that. I have a baby at home and my wife is not working now. I have fixed liabilities for my car and house rent.

The ugliest month in my life. Some of my colleagues were asked to move to the collection department.

Initially, some of them resisted, but there was no choice. The message from the HR was firm: either go to collection or move out. From sales managers, overnight they became collection managers.

Someone told me that those transferred to the collection division were safe till March. I realized that later.

In the second week, many more were asked to resign. They were offered three months’ salary. Now I found the chair next to me was empty. The poor guy had been transferred to the loan against property division.

We had a small party a few days back to celebrate his joining.

I escaped this time, but how long?

I could not sleep at night. For no reason, I was shouting at my wife. I was sweating and getting irritated frequently. I had to consult a doctor and was prescribed tranquilizers at bedtime for a month.

In the third week, another fifty guys were asked to leave.

One of my colleagues who had taken a transfer to western India hardly three months ago was given two options: resign immediately and take three months’ salary or remain on the payroll till he gets another job, but not more than three months.

That left only me in my department. When will it come? The office became quiet. It was like a dead body in the ICU with all its support system gradually being taken away one after another. I started finding it difficult to breathe.

I started spending long hours on the Net looking for a job. I was sending my CV everywhere, but did not get a single call.

Got my first call from a brokerage. It was my worst performance in an interview in my life. I was down. My self-confidence had been shattered.

In my empty office, I started having hallucinations as rumours abounded of many of our offices closing down.

Then there was a ray of hope as I heard the company would start operations selectively. The focus would be on the quality of business and not its volume. I was the only person there in SME at the sales manager level. Will they consider me?

I started interacting with the DSAs. Who knows, I might need them.

One day, in the first week of December when I came back to the office after visiting some DSAs to discuss the new model of business that I plan to do when we restart our operations, I saw our HR manager sitting next to my workstation. We had tea and then he put his arm around me to say the two words which I had all along been fearing to hear: ‘Please resign.’ 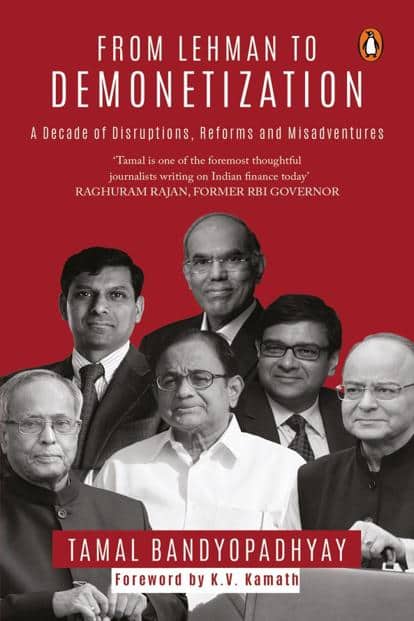