As Ikea prepares for its launch in India early next year, we find out what to expect once the shutters go up. Think 'rotis' and DIY parties

Swedish furniture maker Ikea has single-handedly made modern Nordic design popular across homes worldwide. Colloquially referred to as Scandinavian design, its origins lie in post-war Europe, when the arts were breaking away from traditional schools of thought. Design moved away from ornate aesthetics into the lean, functional, unfussy form we know today.

Add to this a neutral colour palette, and Nordic design lends itself effortlessly to a spectacularly wide range of contemporary interiors across cultures. But Ikea’s popularity also has much to do with the way it has adapted itself to the cultures and homes it has entered through its 390 stores spread across 46 countries, whether it’s mid-century modern American interiors or Japanese minimalism. And now, it is gearing up to adapt to India’s vibrant colours, textile patterns and motifs.

Ikea’s first store in India, a 400,000 sq. ft space, is scheduled to open in Hyderabad early next year. Last month, the company held the traditional “groundbreaking ceremony" in Navi Mumbai to mark the construction of its store in Maharashtra and has acquired land in Bengaluru for a third store. By 2030, Ikea is planning 25 stores in the country.

Preparing for the India launch, its team has carried out “over 800 home visits" in the past two years. “We call it home visit but I like to call it people visit. You can go into anybody’s home and measure windows and beds and see how much closet space there is per person, but it is in the dialogue with people, to hear about their dreams and problems, that the real insights lie," says Mia Lundström, Ikea India’s creative director. In a phone interview from Ikea’s Bengaluru office, Lundström gives us an idea of what to expect.

A tribute to Indian textiles

“When I first moved to India in 2014, people said to me, what are you going to do about textiles, because that’s so big by itself in India and how to compete with that? I felt challenged but thought, if we must do something in India we must make textiles. We shouldn’t be afraid," says Lundström. Ever since, Ikea has been busy working with suppliers, weavers, block printers, designers, both Indian and Swedish, to develop a collection called Living With Textiles: A Tribute To India. A hundred per cent cotton and fully made in India, it will be launched when the Hyderabad store opens. Another collection will be launched later in 2018. “The inspiration has been traditional India but we have given it a contemporary context in our own Ikea way."

One trend that has been observed worldwide, as well as in India, is what Dutch trend forecaster Li Edelkoort calls nomadism. We no longer adhere to strict borders or rules within homes: a formal drawing room to entertain guests, a bedroom to sleep in, a study to work. That’s not how the urban citizen lives, so there’s a need to design for a fluid home. “People live, eat, work, sleep a little bit everywhere in the home. So we make products that don’t have a specific destination but fit in many different contexts around the home. We don’t tell people this cushion is for the sofa. It could be for that or the Rattan chair on the terrace," says Lundström. 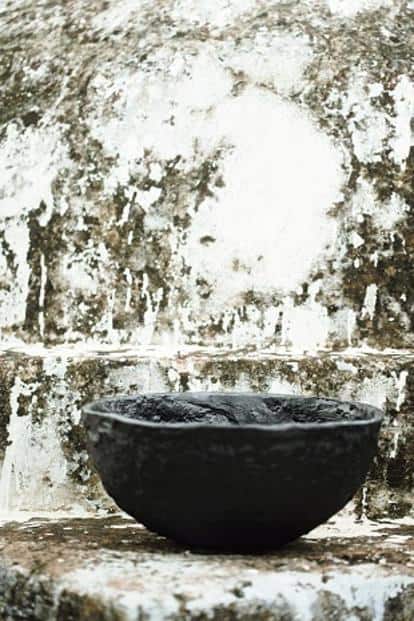 A bowl from the Svärtan collection

Ikea’s global range includes approximately 9,000 articles, all of which will be available in India. However, about 6-7% of the products will be designed specifically for the Indian lifestyle, and much of the variation is in cookware. “We realized Indian people make a lot of bread. We wanted to cater to that practice of making chapatis and naans," says Lundström.

Apart from the pans, the company is also making pressure cookers and other stainless-steel kitchen products. “While we’re adapting to some food traditions in India, we’re retaining the Swedish dinner range."

The lack of a standard bed or mattress size in India has prompted Ikea to do away with its fitted bedsheets, the norm worldwide. “Also, people don’t generally put duvet or quilt bags on top. So we’re making flat sheets that can be used on any size of mattress." It also appears that Indians are happier to sleep on harder surfaces than people in other countries. “We have a mattress range that is firmer than any other country, as an addition to the basic range," says Lundström.

Apart from taking Nordic design into the homes of people worldwide, Ikea has also popularized Do-It-Yourself furniture with its model of home-delivered, unassembled parts, with detailed instructions on how to put it together. “I think over time people will like to do it as a weekend project. They’ll cook some biryani, get some drinks and invite friends and assemble things together," says Lundström. The more technical parts of the range—kitchens, wardrobe systems—will come with an installation service.

In a country where one can still call a carpenter home and make something to exact specifications, Ikea is hoping that people will warm up to the idea of making things by themselves. “It’s a wonderful thing, DIY," says Lundström. “You get a little bit closer and connected to an object when you’ve assembled it yourself."