Stories only women can tell

When women decide to write their memoirs, they can take you to depths that masculine narratives struggle to navigate

At 32, she was The Woman The World Loved. A successful professional, popular in Bengaluru’s social circles, the perfect host, a woman of impeccable taste, one who did the work-home juggle with the grace of a ballerina. She was so sad that every night she binged, then cried herself to sleep.

“The contempt I felt for myself was complete; the feeling of worthlessness and self-disgust absolute…. If I looked (in the mirror), I would see the face of failure. I would have to make eye contact with a huge burden of guilt that I had carried my entire life," says counsellor Anna Chandy in her just-out memoir Battles In The Mind. Here she takes you on a deeply introspective, yet clinical journey of an unhappy childhood spent with warring parents, a manipulative mother, and multiple instances of child sexual abuse, all of which resulted in the desperate need to be perfect in everyone else’s eyes and the inability to say “no".

Chandy is a transactional analyst and the family friend actor Deepika Padukone’s mother called when she realized her daughter needed psychological counselling. She’s now the chairperson of The Live Love Laugh Foundation that Padukone started to increase awareness of, and provide support for, mental health issues. In her book, Chandy essentially tells you how she healed herself.

I’m addicted to women’s memoirs. When women decide to tell you their life stories, they can take you to places deep within themselves, past hairpin turns and through hidden doorways that masculine narratives struggle to navigate. 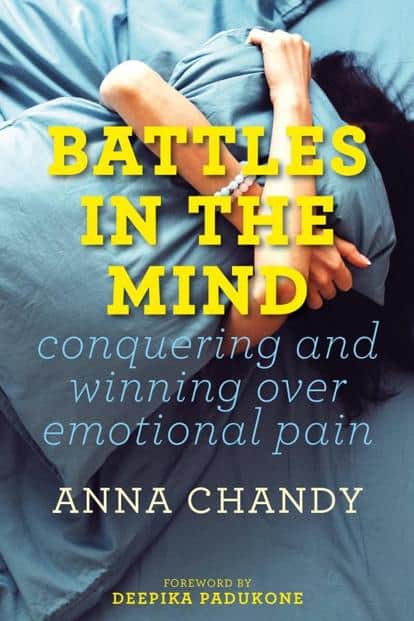 Battles In The Mind: By Anna Chandy, Penguin Random House

In part, they write these devastating stories because they know you may be harbouring the same secrets and, for some incomprehensible reason, you still believe you are alone. They write to show you that all trauma is universal. They want you to know that they survived—and they usually provide you with a road map. Sharing the experience is their final, cathartic step towards recovery because they only write after they understand the full import of what they have been through.

Of course, men write deeply moving books about their intimate lives too—Atul Gawande on his father’s last days in Being Mortal, the 37-year-old, now late neurosurgeon, Paul Kalanithi’s cancer memoir, When Breath Becomes Air, in which he recorded his life and impending death, the rip-roaring, bare-it-all ride through tennis wild child Andre Agassi’s Open life are some examples in recent years—but when women uncover their wounds, nobody can compete. They can dissect bereavement after the death of a partner and then again remember the life and death of a daughter (The Year Of Magical Thinking and Blue Nights, respectively, both by Joan Didion) or recount, in horrifying detail, life after the tsunami that swallowed up their entire family holidaying in Sri Lanka (Sonali Deraniyagala’s Wave).

They share their tales generously, even poke around their revelations clinically to show you the underside of their pain and anger, hoping that you might benefit, knowing that you will understand.

Poet Meena Kandasamy can see the book she is going to write even as she is being abused by her husband. In the recently released When I Hit You, she writes of a time when he is slapping her and throwing her laptop across the kitchen and yelling. “I am not listening to him. I have no intention of responding. I am thinking of being at a point in the future when I would be writing about this moment, about this fight, about the stinging slaps that mark my cheeks…and I know that I have already escaped the present and that gives me hope…and I know that because I am going to be writing about this, I know that this is going to end." Or the time she observes how she can’t stop finding plot points in her dangerous situation: “I simply watch, still taking notes, making numbered observations…. This is the occupational hazard of being a writer-wife."

Like any good writer, she catalogues everything, from the soundtrack of the “film that has become her life" (church bells, stillness, chaos, crows, crickets, trucks, rainsong, thunder, lightning) to the objects with which he hits her (MacBook cord, the broomstick, the edge of the writing pad, his brown leather belt, broken ceramic plates, the drain hose of the washing machine).

She may prefer to describe her book as autofiction—the unlikely meeting of autobiography and fiction—but read it and you know it’s all real. When I Hit You: By Meena Kandasamy, Juggernaut Books

Of course, Kandasamy and Chandy write very different books. Kandasamy uses an astonishing range of narrative devices to vacuum you into Primrose Villa, a picturesque (from the outside) three-room cottage where you press back against a wall watching aghast as her husband rapes her repeatedly, and as he conjures up, in her words, experiments to control her.

“This is the aim of his rapes, all this rough sex. Not just a disciplining, but a disabling. He believes that after him, I will have nothing left in me to love, to make love, to give pleasure. This is a man breaking his own wife. This is a man burning down his house," she writes.

Chandy, on the other hand, is a practising mental health professional and the tools of her trade are very different. She hopes you will use her book as a manual to a better life. She wants you to feel the way she finally does: “No one can make me feel small any more. At five feet three, I am one of the tallest, strongest people I know."

Of course, feeling this way came after many revelations, including one where she realized the burden of being an impeccable wife had been handed to her by her father, and not her husband. She was just being loyal to a parent. “I had a stormy showdown with the voice of my father, with my memory of him. ‘I can’t do this any more. I won’t. I’m sorry’," Chandy writes.

Yet these two authors share one big commonality. They both add to the library of stories that document how women can survive anything. Both accounts have the ability to change a woman’s life.