Wanderlust is the most human of all human emotions. When babies are born, they are born not with the senses of irony or humour or introspection but the incessant need to explore. They are travellers before they become philosophers or gourmands. They look and look till they can crawl up the stairs. They crawl and crawl till they can walk into the garden. They walk and walk till they can run up the hill. And then they run and run until we chain them to desks and subject them to the sedentary deprivations of modern life. Where they wallow in misery until suddenly, at the age of 28 or 38 or even 48, they suddenly realize they want to travel again. And off they go again.

All of us are travellers. But only some of us are explorers. The difference is hard to pin down. But perhaps Robin Hanbury-Tenison put it best when he told Benedict Allen that a traveller “simply records information about some far-off world, and reports back; but an explorer changes the world".

The books in this list are all about explorers who changed the world in one very important way. They explored the world in the pursuit of science, and in doing so changed that very world. They unravelled mysteries of bodies both heavenly and animal as their journeys took them to the farthest corners of the earth.

A Short History Of Nearly Everything (2003): By Bill Bryson

What happens when a beloved travel writer, with a famously acerbic wit and expert eye for absurdity, decides to write a book on…nearly everything? You get a book that is a masterpiece of popular science writing. Bryson’s history of science, scientists and the extraordinary lengths they go to in order to find things is an excellent primer for anyone interested in scientific exploration. Bryson throws particular light on scientists who travelled. Some of the journeys, such as the expedition to record the solar eclipse of 1919 and thereby prove Einsteinian relativity, are nothing short of epic. A Short History Of Nearly Everything: By Bill Bryson

If you have space in your library for just one book on exploration, then this anthology is it. From Allen’s wise and welcoming introduction to the short, sharp excerpts from books and writings of famous explorers—Charles Darwin, Francis Drake, Thor Heyerdahl, Wilfred Thesiger, George Mallory—this has something for even the pickiest reader. If Bryson’s book tells you the history of science, this book tells you the history of exploration. Buy several ballpoint pens. You’re going to take a lot of notes. 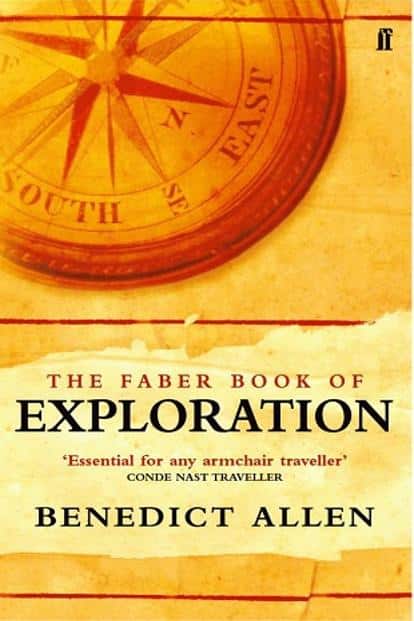 The Faber Book Of Exploration (2002): By Benedict Allen

The Voyage Of The Beagle (1839): By Charles Darwin

Darwin is arguably the greatest explorer-scientist of all time. His thoughts on the origin and evolution of species, one of the great achievements in human science, were born out of his five-year-long travels on the HMS Beagle. Darwin was a doctor by training who had just started studying for priesthood when the chance to sail on the Beagle came along. Over the next five years, Darwin taught himself a variety of scientific disciplines. He then went home and changed the course of human knowledge. 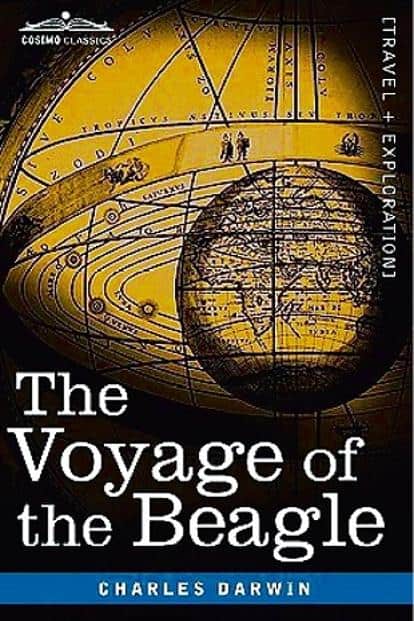 The Voyage Of The Beagle: By Charles Darwin.

An Astronaut’s Guide to Life on Earth: What Going to Space Taught Me About Ingenuity, Determination, and Being Prepared for Anything (2013): By Chris Hadfield

There are countless books on space travel by those who have been through the final frontier. But none of them are as enjoyable and frank as Hadfield’s best-seller. This is a part self-help, part memoir, part adventure book. What it highlights best of all, perhaps, is the potent cocktail of optimism, courage and self-delusion that powers astronauts into space. 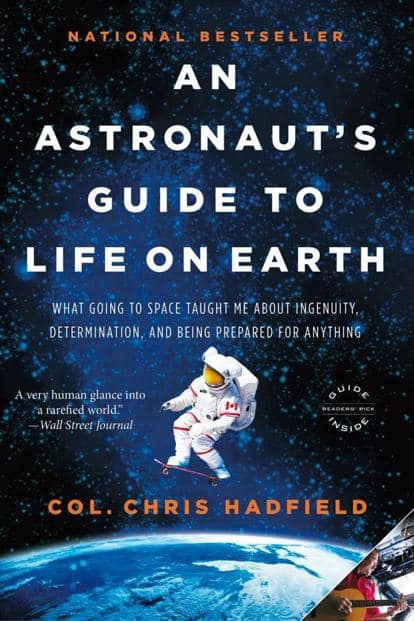 An Astronaut’s Guide to Life on Earth: What Going to Space Taught Me About Ingenuity, Determination, and Being Prepared for Anything: By Chris Hadfield

Magellan’s Voyage: A Narrative Account of the First Circumnavigation (written between 1522-25): By Antonio Pigafetta (translated by R.A. Skelton in 1969)

Ferdinand Magellan had already completed a lifetime’s worth of travel, including several trips to India, before he embarked on the first circumnavigation of the globe. He didn’t complete the journey, he died in the Philippines. But his exploration, carried out in conditions and with a lack of knowledge unthinkable today, helped prove that the world was indeed a globe, and that the oceans were interlinked. Magellan himself did not leave a memoir, but one of his officers, Antonio Pigafetta, published a travelogue that remains a landmark in exploratory history. Magellan’s Voyage: A Narrative Account of the First Circumnavigation (written between 1522-25): By Antonio Pigafetta (translated by R.A. Skelton in 1969).

Goodall’s book combines the sweep of a good travel story with the deep, moving humanity of a researcher not just studying her subjects but connecting with them at a deeply emotional level. Goodall found herself in Kenya in 1957, with as little experience in primatology as you could expect from a school dropout who had been a secretary for a bit. Eight years later, she was awarded a PhD in ethnology by Cambridge University. The story of the intervening years is riveting. Since translated into dozens of languages, the book is enjoyable for readers of all ages and is a landmark in the history of conservation and animal rights. 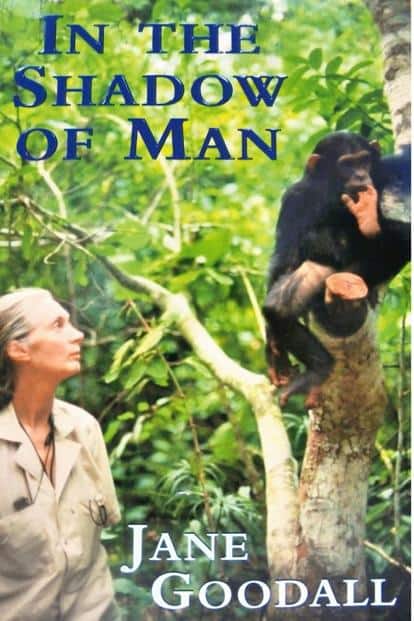 In The Shadow Of Man: Jane Goodall

The Invention of Nature: The Adventures of Alexander von Humboldt, the Lost Hero of Science (2015): By Andrea Wulf

Alexander von Humboldt, the great German explorer, seems to be undergoing a period of rediscovery—two critically acclaimed biographies of this traveller-scientist-naturalist have been published recently. His penchant for a deeper understanding of how the natural world works has inspired scientists and artists for generations. Humboldt’s legacy is tangible in fields as diverse as botany, geomagnetism and meteorology. It is a timeless message whose time has come like never before. he Invention of Nature: The Adventures of Alexander von Humboldt, the Lost Hero of Science: By Andrea Wulf

The Story of Helium and the Birth of Astrophysics (2012): By Biman B. Nath

One version of the story goes that helium was discovered for the first time by French researcher Pierre Janssen studying the great solar eclipse of 18 August 1868 at Guntur in Andhra Pradesh. But what if it is all an urban legend? Nath’s book not only tells the story of the discovery of helium but also of the birth of the science of astrophysics. The Story of Helium and the Birth of Astrophysics: By Biman B. Nath

The Great Arc: The Dramatic Tale of How India was Mapped and Everest was Named (2000): By John Keay

It is hard to find fault with any of Keay’s excellent books on Indian history. His single-volume history of India is an excellent primer for Indians and non-Indians alike. The Great Arc is Keay’s telling of the story of one of the most audacious science projects in history—the mapping of the Indian subcontinent from Kanyakumari to Kashmir. The story bristles with personalities, superhuman exertion and ground-breaking science. Keay follows the intrepid adventurers over mountains, across rivers and past tigers. The Great Arc: The Dramatic Tale of How India was Mapped and Everest was Named: By John Keay

The Silent World: A Story of Undersea Discovery and Adventure unfolding wonders never before seen by man (1953): By J.Y. Cousteau with Frédéric Dumas

Middle-aged readers may just remember Cousteau, the Frenchman who once ruled the seas on his trusty ship Calypso. The oceans remain the last great unexplored quarters of this planet. But of the little we know, much is owed to Cousteau’s enduring, dazzling, diverse legacy. Cousteau pioneered diving equipment, oceanographic techniques, underwater photographic tools and methods of modern science communication. The Silent World is his first and best-known book. The documentary it inspired won an Oscar in 1956. 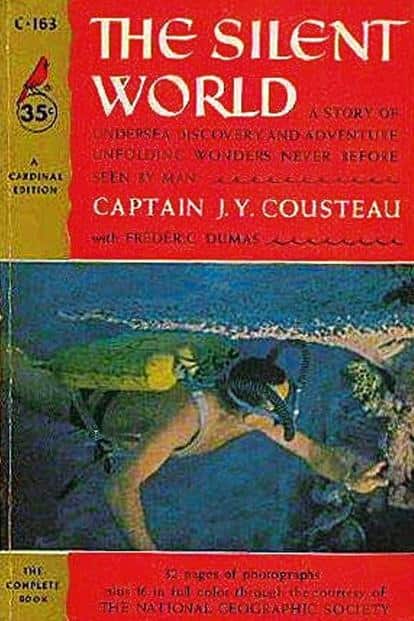 The Silent World: A Story of Undersea Discovery and Adventure unfolding wonders never before seen by man (1953): By J.Y. Cousteau with Frédéric Dumas