Late last year, UK-based indie Tilted Axis Press (TAP) published Bengali writer Sangeeta Bandyopadhyay, best known for her book Panty (Penguin India, 2015), for the second time. Abandon (2017), translated into English by Arunava Sinha, is an arresting read that captures its protagonist’s conflict of identity: between being a mother and a writer. Soon after, Bandyopadhyay’s The Yogini, translated by Sinha, was among the 16 books to win the PEN Translates grants. It will also be published by TAP in the near future.

In an email interview (translated by Sinha), Bandyopadhyay, who is taking contemporary Bengali fiction to an international audience, talks about feminism, the future of translation, and her failures and freedoms as a writer. Edited excerpts:

You’ve been called ‘India’s Elena Ferrante’, and ‘Abandon’ has been compared to Emma Donoghue’s ‘Room’. Which women writers are you influenced by?

From the beginning, I read Toni Morrison just as I would Enid Blyton, Jane Austen and Emily Dickinson. I read Maya Angelou in college and Doris Lessing after she won the Nobel. But after turning 30, I was captivated by Angela Carter, Sylvia Plath, Simone de Beauvoir, and Virginia Woolf. There are important women writers and poets in my own language too, such as Begum Rokeya Sakhawat Hossain, Bani Basu, and Kabita Sinha.

I read and enjoy several other contemporary women writers as well. At the moment, many authors are writing only about the things they derive self-satisfaction from. This form of writing is different from feminist writing. Because I staunchly believe in tailoring individual battle to the environment and circumstances, and, beyond that, in human proclivities—to me, there is eventually nothing that remains that can be called feminism. My tendencies always made it difficult for anyone to influence me greatly. To be honest, I have never seen my own writing as being influenced by anyone else. On the contrary, it’s my habit to deeply question the very writing that becomes the most acceptable to me.

I understand where the comparisons with Elena Ferrante arise. There is a great similarity in our choice of subject. To be honest, the way Ferrante has kept her identity a secret is enviable. These days, I keep thinking that it’s necessary to write under a new name which no one will identify as me. A pen name. I can then write the kinds of things I can no longer write as Sangeeta Bandyopadhyay. The biggest difference between Room and Abandon is that in Room, it is a third presence in the lives of the mother and child who is controlling everything. In Abandon, the conflict is largely internal. Our predilection is actually stronger than everything else we possess, and it has its own journey. That’s why we have to keep returning to the thousands-of-years-old Greek tragedies. Our real battle is with predilection and destiny.

‘Abandon’ was first published in India in 2013. With its UK edition out now, what does this mean for the Bengali language, and translations of literature in Indian languages, in the international literary landscape?

Barring some stalwarts, I think the number of contemporary writers in regional Indian languages translated into English can be counted on one hand. So the translations of Panty or Ruho (the Bengali title of Abandon) could be considered milestones for Bengali literature at least. Although writers like Jhumpa Lahiri, Tahmima Anam and Arundhati Roy write in English, they have been successful in capturing as well as creating an interest among international readers in the circumstances, the lifestyles, the social structures, the conflict of ancient rotting values packaged as modernism, and the politics of oppression on the subcontinent. Those who write in the regional languages talk about these more comprehensively and more successfully. The rawness and minute detail in their works bring a different flavour, a novelty, which might be of interest to international readers. There was a time when mountains of literature from Russia, Europe and America used to be translated into Bengali. This stream has dried up completely now. But translated literature has found a new life elsewhere, domestic expression has found a huge global space. I think there will be much more of this in the future.

Ishwari, in ‘Abandon’, has fled society and family to write her “malevolent, repressive, unpalatable novel". If you were to describe ‘Abandon’, what kind of novel were you attempting to write?

It is difficult to say today exactly what sort of writing I was aiming for. Much of my writing style is something like automatic writing. I used to suffer from a great deal of loneliness during this phase of my life as a writer, when I had no physical or material security or assurance. I used to write with a fountain pen on paper then. One day, after writing several pages that gave me great satisfaction, I spilt water on them. All the words were wiped out in silence from my head as well. I still twist with pain when I think of the agony it caused for a day or two. It was from this time onwards that I became used to conjuring up the most extreme conditions of any everyday situation. It was a terrifying cloud that hung over me. I used to mentally push away all kinds of normalcy. Abandon was written during this process. In fact, I could not make it as extreme as I wanted to. I would have gone mad if I had gone that far. And it is true that you cannot write coherently if you go mad. So it can certainly be said that Abandon is a fragment. It is, in fact, a failed enterprise. Only a writer knows how little of what she meant to write she has actually written.

The novel’s point of view is pendulum-like: swaying between first- and third-person. Can you share some thoughts on the process of accomplishing this style, and what purpose you wished it to serve for the story?

When the novel began this way, when it was the same character who appeared both in the first person and the third person, I got very confused initially, wondering why the novel was making this demand. Then I saw the three entities, “I, Ishwari and Roo", were turning into a crowd. The derangement of the novel could not be created without this crowd. And here Ishwari was acting as a flesh-and-blood human and “I", Ishwari’s alter ego, was directing the course of the novel. The idea of an alter ego that can provoke the protagonist is not a particularly new one. You see it in Hamlet too. As I wrote the entire novel, I could see the pensive eyes of someone named Ishwari suspended in front of me. On the other hand, someone seemed to be manipulating me into writing the cruelty of Ishwari’s alter ego. In literature, in art, in theatre, the word “conflict" has enormous significance. This novel has a conflict too, and moves from one to another. The conflict between Ishwari and “I" eventually merges somewhere. 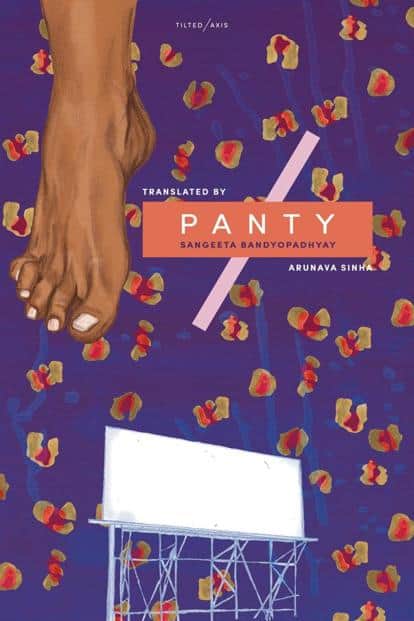 As in ‘Panty’, the city of Kolkata is rendered unfamiliar, and fairly hostile in ‘Abandon’—particularly to a woman, and a woman as artist. Also, at the heart of the book, there is a sense of betrayal and bordered selves. Can you elaborate on the relationship between the self (female, writer, mother) and society?

No woman writer should probably keep in mind, while writing, the fact that society has a negative relationship with women. If they do, it will be impossible to write. I really don’t know many women writers from India who have bent over their desks in do-or-die situations like me. It is certainly not wise to destroy relationships with the family, with society, in order to write. But then again, why write if not this way? The tug-of-war between these two aspects confuses the talent within a woman writer. Because I didn’t have anything like a family, it gave me a sort of freedom. I cohabited with my freedom at that time. But I had to pay a price for it till even a year ago. I may have to again in the future. How can I expect what I have written to stop tailing me? I have to take the responsibility for all that I have written. When I wrote Abandon or Panty or Hypnosis, the world was much harsher for women. Women are more vocal now in the age of social media. But aren’t women still writing excessively about deprivation and oppression? Why aren’t they writing about predilections? Why aren’t they writing about their own mistakes? This is where feminism is being defeated. Not even feminism is able to provide women with the courage to make mistakes. So Abandon is actually a novel where a woman is talking about the right to betray herself in different ways. This was my attempt. Nothing more. And feminism is actually nothing. An identity for ourselves that’s relative to something else is no identity at all. Like the phenomenon of motherhood, an identity that is measured by the existence of the child. There’s something beyond all these imposed identities. It may not be anything special, or even particularly great. But not even an entire lifetime is sufficient to search for it.