The actor on his Hindi film debut, 'Karwaan', and the discerning Malayalam audience

Dulquer Salmaan has acted in more than 25 films, in Malayalam, Tamil and Telugu. His latest is his first Hindi movie, which is why Karwaan is being described in Bollywood trade circles as his “debut". The 32-year-old actor smiles at this observation. “It’s exciting," is his shy, soft-spoken response. “How many actors get the opportunity to keep debuting? I have been lucky to speak the languages I do (Malayalam, Tamil, Hindi) and go to the kind of schools I went to," says Salmaan. The Kochi-born, Chennai-raised, US-educated actor was on a short visit to Mumbai to promote Karwaan, a comic drama directed by Akarsh Khurana and co-starring Irrfan Khan and Mithila Palkar.

The son of Malayalam superstar Mammooty and the lead actor of feted films like Ustad Hotel, Bangalore Days, O Kadhal Kanmani and Charlie, Salmaan is aware of the leg-up his family legacy has enabled. “The identity of being my father’s son is still there, but over the last six years I think I have created my own mark and style. While it might be easy to identify me as so-and-so’s son, especially to begin with, but you only get that one first film, after which you have to prove yourself and keep improving."

Given his success in Malayalam and Tamil cinema, and with his Telugu period biopic, Mahanati, in which he plays actor Gemini Ganesan (now streaming on Amazon), did Salmaan really feel the need to venture into Bollywood? “I was not actively pursuing a project. If someone asked me if I would be interested in doing a Hindi film, I would not say no. There were offers in the past, but something about Karwaan just called out to me. The storyline of three unique characters in a van with a coffin seemed fresh, and I got a good vibe from the team. I always look at intent, and they intended to make an honest, sweet film," he says. Salmaan is slated to shoot his second Hindi movie soon. In The Zoya Factor, he is cast as Nikhil Khoda, the captain of a cricket team, alongside Sonam Kapoor. Currently, he’s shooting the Malayalam film Oru Yamandan Premakadha.

“I don’t know what draws me to my films. In hindsight my choices turn out OK. I am very instinctive. When I read a script, I think, is this something I would want to watch? I often prefer narrations rather than reading the script because I want to know how the writer or director has visualized the film and whether we see it the same way. Sometimes there is a mismatch and then when I am asked why I did the movie, I say, because I saw it differently in my head."

If his choices seem eclectic, it’s not entirely without design. While he speaks of an instinctive response to scripts, he also consciously mixes things up. So after Mani Ratnam’s O Kadhal Kanmani, though many offers for romantic comedies came his way, Salmaan preferred to shake off the endearing Aditya and opt for a darker role as Krishnan in Rajeev Ravi’s action drama Kammatipaadam instead. “In Malayalam they have seen a range of things I have done. Similarly, I don’t want Tamil or Hindi audiences to think I can only do one zone," he explains.

His hobby, as he calls it, is cars—tinkering with them, restoring them, driving them. It’s what keeps him grounded. “I know it is elitist, but I see this as a positive way to keep my mind calm. It’s very easy to have insecurities in my career, or have negative thoughts. People are constantly putting ideas into your head, or writing things. So I just keep all that out by spending my free time reading about cars or restoring old cars. It is important to have a hobby that distracts you," he says. His family is no longer surprised when a rusty car drives up to the garage. “As I tinker with them, I think about how these cars have stories to tell. You find little details, stickers, etc., and I wonder who are the people who must have been in these cars. What were their journeys and stories?"

The love for the road comes from his father, who would take the family on drives from Chennai to Kochi, or to southern hill stations, stopping at roadside tea and snack stalls. Even now, he offers Salmaan tips on routes and where to make a pit-stop. “My dad has been a big influence in this love for the road and cars. I always loved those trips with the family, eating at local dhabas and stopping at tea shops. For him it was a nice way to interact with people, to sneak in and almost go unnoticed. Of course, it’s different now with the traffic and phone cameras." 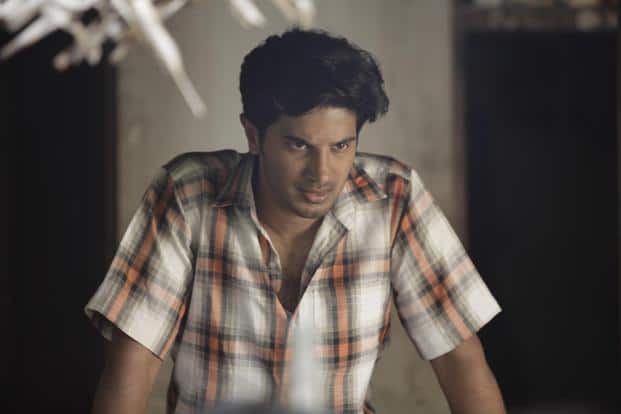 While several north Indian actresses have found recognition in Tamil and Telugu films, fewer actors from southern film-making centres have successfully crossed over to Hindi cinema. In that regard, Salmaan’s tryst with Bollywood might be considered a gamble. It’s a notion that has not escaped him. “You get your first few breaks and build a foundation. Sure, you can explore other cinemas, but then you wouldn’t want to start from scratch in another industry and risk losing what you have built. We have seen that happen. But I think things are different now. With much more travel and migration, there is greater awareness of every other industry and more people have access to my work via online platforms. I have two Hindi films for now, but who knows if there will be a third. These things are not in your control. One thing all film centres have in common is how fickle they are."

From his 25 or so films, Salmaan handpicks the following as turning points in his career: Ustad Hotel (2012), “which endeared me to the audience at some level"; Bangalore Days (2014), “because it was my first film to get an audience outside Kerala"; O Kadhal Kanmani (2015), “that got people to notice me in the northern parts of India because everybody watches Mani sir"; Charlie (2015); and Kammattipaadam (2016).

Crossing language and physical geographies comes easy to Salmaan; however, he’s certain that his priority is Malayalam cinema. “Everything I am and everything that I have got is from there, and I would never want to lose that focus," he says, crediting the Malayalam audience for pushing film makers to experiment with form and content. “The audience for Malayalam cinema is very no-nonsense. You cannot trick or fool them. They are very sure of what they want. If you make an honest film which is original and inspired, they will enjoy and respect it. But if you try to make something commercial without soul or a strong storyline, they will call that out. I have tried to be honest to my work, to do solid cinema and not pursue hits or stardom."