India's oldest music label plans to make 100 'content-driven', 'un-Bollywood-like' films over the next five years, a move that, if successful, could alter the indie landscape

Ask any independent film-maker about their experiences of trying to get films made and you’re likely to hear near-horrific accounts. Siddharth Anand Kumar, 42, knows first-hand the spectrum of reactions one might receive from a would-be producer or financier. On one film, he was asked to drop his budget by a third—after six days of shooting. “When I told him I couldn’t, he threatened he would get another director," he says. “Luckily my contract had a provision that prevented him from doing that." In nearly two decades of working in film and television—he directed the 2004 feature Let’s Enjoy and the first 20 episodes of the 2013 Mahabharat TV series reboot—Kumar has received six green lights on feature films that never got made.

Those days are behind him. Since mid-2016, he has been heading a new film production division at music label Saregama India called Yoodlee Films, a reference to Kishore Kumar’s joyous yodelling. Their first release, Devashish Makhija’s Ajji, premiered at the 2017 Busan International Film Festival and then played at the Mumbai Film Festival, followed by a low-key theatrical release in November.

Ajji is a slow-burn drama set in a Mumbai slum, in which an old woman sets out to avenge the rape of her school-going granddaughter. Reactions were polarized, and with shows in just 86 theatres across the country, the film sank. According to online trade magazine Box Office India, Ajji could only manage a domestic net collection of Rs13.89 lakh—a paltry sum, given that its budget was an estimated Rs1.5 crore.

This, however, has not dampened spirits at Yoodlee Films, whose 25-member team works out of Saregama’s office in south Mumbai’s Grant Road West area. The revenue Saregama earns from its 120,000-strong catalogue of film, classical and devotional songs—the largest collection of Indian music in the world—evidently keeps the lights on.

Yoodlee has an audacious plan it refers to as “Project 100": to make 100 multilingual “indie" films over the next five years. Their aim is to make “gritty, realistic cinema", as Kumar puts it, on small, tightly controlled budgets (Rs3-5 crore—including marketing costs), and turn that into a commercially viable model. “Films don’t fail; budgets fail—we’ve taken that to heart," says Vikram Mehra, managing director at Saregama India. 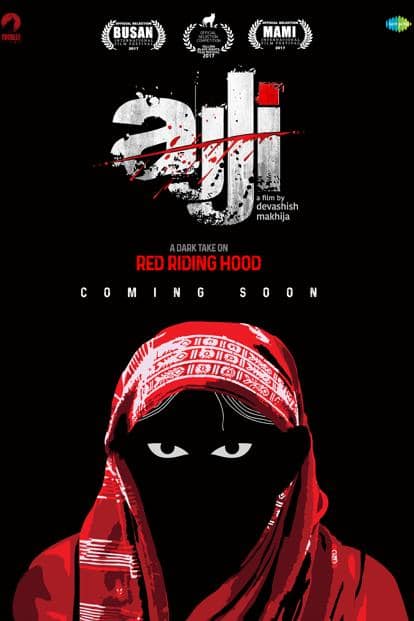 The poster for their first theatrical release, ‘Ajji’.

Their website proclaims: “We bring cinema that is driven by strong themes and a fearless ‘no compromise’ approach to film-making". At the heart of their guiding philosophy is a 17-page document called “Standard Operating Procedure", or SOP. The guidelines in this document, which Kumar says is public, are unlike anything one finds at other production houses. “If you’ve sent us a script, we have a mandate to get back within four weeks with a clear ‘yes’ or ‘no’," he says. “We also offer profit-sharing models with the writers, directors, and key crew members."

In a bid to control costs, the SOP describes clearly outlined limits. It mandates that all scripts must be 80-90 pages long, so that film lengths are 90-120 minutes. All films must be shot in 4K resolution with sync sound. A detailed outline of the entire film-making process, designed to ideally take not more than nine months from “green-lit script" to “complete and ready for release", is provided, with details of payouts offered at each stage to the writer and director. The guidelines discourage hiring “near and dear relatives" as crew. With the budgets they have, there’s no question of having known stars on the cast (unless the stars decide to slash their fees for some inconceivable reason).

There doesn’t seem to be any precedent for this 100-film plan in the history of indie film-making in India, perhaps even the world. Over the past decade, several boutique production houses have tried to make similar disruptions, but nowhere close to the scale Yoodlee is attempting. The now-defunct UTV Spotboy (Dev.D, Shahid) had a grand total of 13 releases over six years. Phantom Films (Trapped, Udta Punjab) has had 13 releases since 2013, all of which have been in co-production with larger Bollywood studios and international backers. Drishyam Films (Ankhon Dekhi, Newton) has had a total of nine feature releases since 2014. Jar Pictures (Nil Battey Sannata, Gurgaon), active since 2012, has had nine releases. Most of these films have been box-office failures.

Yet, within a year and a half, Yoodlee Films, has had one release and has completed 10 films—solely produced by it—that are slated for theatrical or digital releases. These include Samit Kakkad’s Ascharyaf#*kit, an erotic thriller loosely inspired by the stories of Saadat Hasan Manto; Nikhil Bhat’s Brij Mohan Amar Rahe!, a comedy based on the true story of a man who is prosecuted for his own murder; and veteran cinematographer B.R. Vijayalakshmi’s Abhi And Anu, a bilingual romantic drama. Four films are currently in pre-production. The “coverage team"—Kumar, creative head Gaurav Sharma, and “readers" working on script development—is constantly meeting film-makers, who are pitching either ideas or fully developed scripts to them.

If you’ve sent us a script, we have a mandate to get back within four weeks with a clear ‘yes’ or ‘no’. We also offer profit-sharing models with the writers, directors, and key crew members.- Siddharth Anand Kumar

The script development process is elaborate and broken down into quantifiable terms. Every script is evaluated by several people in the coverage team, and graded on several criteria, including logline (one-line idea of the film), theme, plausibility and authenticity. At each stage the script is seen by a fresh pair of eyes, culminating with a session with screenwriter Anjum Rajabali.

I joke to Kumar that some of the clauses make the SOP sound like a tailored-for-India version of Dogme 95, the austere film movement begun by Danish film-makers Lars von Trier and Thomas Vinterberg. “Well, a lot of it is just film school stuff," he says “but, yes, this is our dogma."

I spoke to a number of film-makers—those who have already worked with Yoodlee and those who haven’t—about this model.

Most seem to agree that the intentions behind their methods are kosher. Kakkad, whose film with them is a few months away from release, says: “They are professional. We never faced any problems with money while shooting, which happens a lot when you work on such budgets." He praised their development process too. “Before films are shot, they are made on paper. I’m the kind of director who likes to know exactly what I’m going to shoot, so this approach totally works for me." Ascharyaf#*ckit has had several script changes and reshoots, but Kakkad insists that he doesn’t have a problem with any decision taken. “We’ve had very open, healthy discussions," he says. “In some cases, I managed to convince them; in others, they managed to convince me."

However, many film-makers expressed concern over aspects of Yoodlee’s SOP, calling it “myopic" and “overly controlling". For instance, once a script is locked, nothing can be changed or improvised without approval from Yoodlee; the company tasks at least one person to be on set and make sure the script is being followed, often asking for WhatsApp videos of every shot. Director Srinivas Sunderrajan (The Untitled Kartik Krishnan Project, Greater Elephant) says this sort of approach undermines the fact that films are process-based entities, heavily reliant on collaborations. “Even if the script is approved, there’s always something that gets improvised," he says over email. “Art needs to breathe, whether it’s via oxygen tank or via CPR. You cannot control this airflow just because you supply the tank."

Others were more direct in their rebuke. “This is not how films are made," says a young indie film-maker who did not want to be named. He met with them, but left unimpressed. “Sometimes the best moments are unscripted. Sometimes films find themselves on the editing table. And sometimes films can’t be distilled down to one neat logline."

Makhija says the SOP didn’t exist in its current form when Ajji was being made. “If you intend to patronize an art and use terms like ‘fearless film-making’, forget everything, just give the director full creative freedom—which I got," he says.

Kumar defends those clauses, insisting that they aren’t there to micromanage or stifle creativity but to ensure transparency and control. “Any business needs to have checks and balances," he says. “What we’re trying to do is what Ezra Pound did for T.S. Eliot. We’re here to keep the film-maker on the straight and narrow, to make sure they don’t stray from their vision."

All said and done, there’s no arguing that what Yoodlee Films is attempting to do, particularly the scale at which they’re doing it, is disruptive and could change the indie landscape. “If you’re casting your net this wide, it minimizes your risk," says Makhija. “If you give film-makers full creative freedom, yes, there’s a chance that some will misuse it. But at the same time, there will be some who won’t, and that’s a risk you have to take."