The characters in these stories are grumpy and bored with modern life, but full of subtle surprises too

The characters of A Day In The Life, Anjum Hasan’s second collection of short stories, all find themselves grappling with time as it races past them. Analysts, maids, retirees, writers, all of them—in their ordinary, inconsequential lives—seem to be at odds with where they are, in time and place.

Most of the stories are set against sprawling, urban landscapes—Bangalore, Benaras, Delhi. But each also unfolds in close quarters, always limited to a single room, house, or neighbourhood. The largely interior setting of the collection mimics the texture of its most prominent conflict—the inaudible anxieties of ordinary people, as their confined lives collide with worlds beyond them. Placing characters from different classes, religions, and moral outlooks alongside each other, Hasan delicately puts different milieus in conversation. She does not, however, propagate clunky, altruistic endings or actively dismantle social divides. Instead, she simply proposes that perhaps we are not as isolated as we believe or desire, and perhaps that is the want of our time.

T.S. Murthy, a widowed old-Bangalorean, cannot come to terms with the presence of his new neighbours, whose bickering he can always hear. The protagonist of I Am Very Angry, he would rather the house belong once again to his friend, who used to live there in quieter times. But it isn’t simply the past that Murthy yearns for—“Murthy was no nostalgist but the ugly starkness of the new construction and the daily unhappiness of its recent inmates seemed to grow from the same source, though he could not say what exactly it was."

With time, Murthy seems to have lost intimacy with familiar things—family, neighbourhood—and must redefine what those are in the newer, different world around him.

In Sisters, a bedridden Jaan sees her new maid, Jamini, take command of her house, but she doesn’t find herself complaining. Instead, she grows fond of Jamini, a feeling she can’t explain to herself or to people around her. Caught among blurred definitions of social class, friendship and dependence, Jaan finds herself displaced from the ordinary, seemingly simple life she leads. Like Murthy, she, too, has new realities to understand and inhabit.

Hasan is adept at gently misaligning her characters’ mundane existence. Her characters aren’t misfits per se, but, rather, are commoners confronted with moral and empathic battles that are at once herculean and inconsequential. The narrator of the opening story, The Stranger, says: “I am starting to become aware of another side to my existence, a richer pretence I am drawn to. I’m not grumpy, I realize, just unsuited to my era. I dropped into the wrong time; I can’t shake off this sense of misplacement."

As these characters decipher their private conflicts and misplacements, we witness a day in their lives—a day like any other, and yet a day that could somehow be more than itself.

The ever-present possibility of insight in Hasan’s stories heightens the largely unremarkable settings they play out in. The characters never depart from or reject their assigned lives—be it that of a factory worker or a fanciful poet—but reconsider what they want from that life. Her husband bonded at a construction site in Dubai, a helpless, exhausted Nur seeks faith even when she has no reason to believe it exists. By the end of the story, her life doesn’t mend, her problems don’t vanish, but she recognizes her own predicament.

Often, the insights in A Day In The Life emerge from absurd encounters between very different people, and Hasan’s subversiveness in creating quirky occurrences in routine lives is delightful. We witness the fall of the entitled elite in a brawl at a bar named “Elite", and a father-son reunion orchestrated by poetry. As charming as the peculiar circumstances and elevated insights of these stories can be, they sometimes stray too far from the ordinariness they are meant to invoke. It is hard to believe that every character can step outside itself to come upon such pointed realizations about their life, especially in such tender ways. Hasan’s prose is well crafted, taut and languorous at appropriate times, but the voices of her first-person narrators seem uniform, all equally and precisely self-reflexive. The third-person narratives, too, do not rip into the messy potential of inner monologues, and some of the endings seem a little too clean. Within the beautiful, satisfying language, one longs for just a little dishevelment, some sense of absolute devolution.

The last story, A Short History Of Eating, is one of the most captivating and crystallizes, in many ways, the heart of the collection. Here, we follow the trajectory of a marriage through a couple’s eating habits—their lust for gastronomic adventures subsides as their marriage loses palate. The wife says: “Time was running out, there was too little of it now to make memories or feel regret for wasted, overfed youth, no time to hanker, compare this with that—barely enough time to eat."

With no time left to eat, the couple must bargain for some feeling of fullness, if not satisfaction. By the end, neither their stomachs nor their desires have been satiated. They haven’t beaten time or embraced it—as they live out their days, they have just accepted that it is. 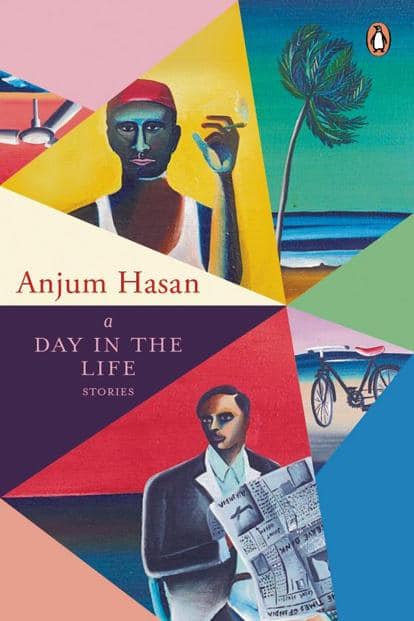