It’s been five years since the Thunchath Ezhuthachan Malayalam University was established by the Kerala government in Tirur with a mandate to promote the study and research of the Malayalam language, literature and culture. Its student strength has reached about 480, but more interesting—at a time when linguistic chauvinism is asserting itself again—are the cultural initiatives it has taken to bring Malayalam into the mainstream.

“We feel Malayalam as a language is not getting the right importance…. And a language is glorified through its literature, its most expressive form," says vice-chancellor K. Jayakumar, a poet himself, as we speak over the phone about a unique collaboration between the university and multiple English-language publishers to translate literature in Malayalam.

A few weeks ago, Juggernaut published the third book in the series, Swarga, by Ambikasutan Mangad, translated into English by J. Devika, a novel that draws upon the tragic consequences of unrestricted endosulfan-spraying in northern Kerala. The original title of the 2009 novel, Enmakaje, was a direct reference to the village with the highest number of deaths. The university, besides actively seeking collaborations with publishers, has promised its support by picking up 300 copies of each book. 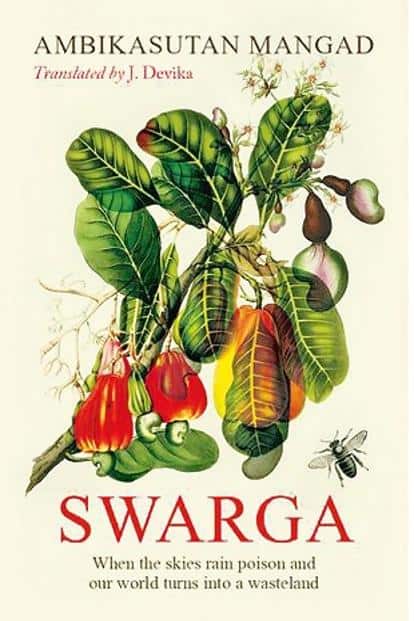 ‘Swarga’: By Ambikasutan Mangad, translated into English by J. Devika

With the aim of publishing at least 30 books in the first two-three years, an advisory committee, consisting of writers and intellectuals such as M.M. Basheer, P.P. Raveendran, J. Devika, K. Satchidanandan and Jancy James, has drawn up a list. Mini Krishnan, editor, translations, at Oxford University Press, was roped in as an independent consultant to find translators and publishers. Last year, the university even visited the Frankfurt Book Fair in a bid to try and expand the project into European languages.

The project started last year with the publication of A Path And Many Shadows And Twelve Stories (Orient BlackSwan) by Rajelakshmy, the first woman writer to win the Kerala Sahitya Akademi award for this novel, which follows a young girl, Mani, as she grows up in a deeply patriarchal society. A little over 50 years after Rajelakshmy committed suicide, the novel is accompanied by an introduction that draws connections between the themes of her fiction and the workings of her mind. According to Orient BlackSwan, the novel has now gone into a second print run.

Last year, Yoda Press published Barsa—in Arabic, the book reveals, the word means “one who does not veil her face, does not bow her head, who asks questions"—by Kadeeja Mumtas, the story of a non-resident Indian, Sabitha, living in Mecca. “I was fascinated with the idea of a woman writer’s voice on lived Islam," says publisher Arpita Das, who has discussed several other possible translations with Malayalam University.

Forthcoming books this year, reveals Krishnan, include a book of short stories by Dalit writers through Navayana, Lalithambika Antharjanam’s stories through OUP and writer Rosy Thomas’ memoirs through Women Unlimited. Urvashi Butalia, publisher of Zubaan Books, says they have made a tentative selection of two non-fiction and one fiction titles, besides suggesting a number of titles from outside the university’s list, “which they are very open to".