Oskar Spate and the madness of Indian maps

India's international and state boundaries undulate all over the map, so do the twists, turns and contradictions that form the corpus of ancient and modern Indian history

In December 1955, an Australian geographer named Oskar Spate boarded a ship named the Arcadia from Australia to Colombo. From there he would take another train up to Madras (now Chennai), and thence commence his tour of India. He would witness places and do many things on this tour, but his primary motive was to prepare a revised second edition of his 1954 book India And Pakistan: A General And Regional Geography.

In Madras, he would be joined by a local professor of geography, George Kuriyan, along with some students. The group would then wind their way northwards by rail, via Visakhapatnam (Vizag), Agra, Aligarh and Konark, to Delhi, where Spate arrived just in time to witness the 1956 Republic Day celebrations and a military parade.

At Agra, Spate ran into Jawaharlal Nehru at the Indian Science Congress, which Spate attended as a representative of the Australian and New Zealand Association for the Advancement of Science. Many years later, in 1991, when he wrote a series of personal recollections of his life and work, On The Margins of History: From The Punjab To Fiji, Spate did not recall much about this meeting, except that Nehru had an impressive “intellectual grasp", and that Spate had brought up something peculiar about the way in which Nehru’s government was redrawing the map of India into states along linguistic lines. 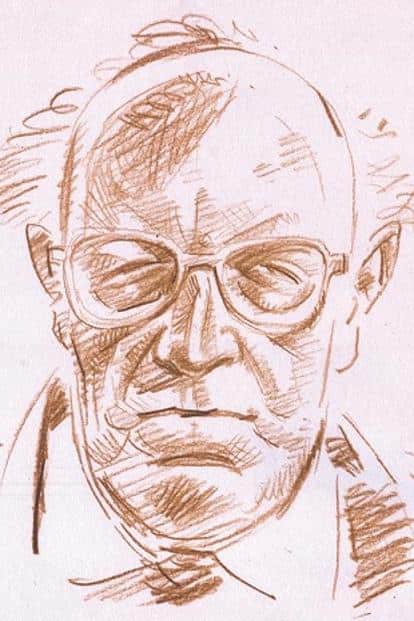 Why, asked Spate, had the district of Jhansi been included in Uttar Pradesh (UP) as a “ridiculous vermiform protrusion" into northern Madhya Pradesh (MP), instead of being incorporated into MP? Surely the residents of Jhansi were much more at home with their neighbours in Gwalior than with the people of Uttar Pradesh? I noticed that myself, said Nehru, and it is odd. India’s prime minister asked his States Reorganization Commission to send an explanation of the Jhansi matter to his office with, presumably, a copy to Spate.

This immediately strikes the reader today like an odd question to ask. Of all the things he could have discussed with Nehru, why pick on the district of Jhansi?

Perhaps this has something to do with Spate’s past history with eccentric Indian cartography. Around a decade before this trip to India, the Australian had been rushed to the country once before. And that had been in July 1947. Following a peculiar set of circumstances, Spate became part of that moment in Indian cartographic history: Partition.

To understand the incomprehensibly complicated nature of Indian history, one need look no further than the nature of its internal and external boundaries. As these international and state boundaries undulate all over the map, so do the twists, turns and contradictions that form the corpus of ancient and modern Indian history. Some of these undulations are (or were) so improbable as to almost seem fictional.

Thankfully for the residents of these enclaves, who were miserable for decades, both governments sat down and sorted the mess in 2015. A great loss, however, for map nerds.

There are similar anomalies within India. The vermiform protrusion of Jhansi has already been mentioned. But consider the mess that was the princely state of Baroda. A 1909 map of Baroda shows not so much a state as splashes of ink across the map. Some of these splashes are so small as to be almost invisible. Incorporating Baroda state into the Indian republic was thus not just a matter of unity and statesmanship but also logistical sanity.

All these undulations and anomalies came to a head when the British government, in one final act of imperial largesse, decided to draw the boundary between India and Pakistan. Everyone involved, however, quickly realized that geography has no time for politics. Especially when religion is involved. And few witnesses realized this more than Spate.

During World War II, Spate had several stints in Asia. Stints that saw him injured in the defence of Burma (now Myanmar) and then, quite unexpectedly, working as a military censor in India. After the war, he found himself in London in the summer of 1947. Eventually, he secured a job as a lecturer at the London School of Economics. Just when it seemed that life was settling into a long, austere slog, an unexpected letter arrived at Spate’s doorstep on 30 June 1947.

The letter was from someone Spate had never even heard of: Mirza Ali, the imam of the London Ahmadiyya Mosque. Somebody in the Ahmadiyya community back in the subcontinent had come across an article Spate had written in 1943 on the geography of the regions that would later become Pakistan. The article had impressed them enough to get in touch with the author.

Could Spate, the imam pleaded, help them make the case to Sir Cyril Radcliffe and Radcliffe’s “Boundary Commission" that Qadian fall on the Pakistani side of the border?

Qadian, located around 60km north-east of Amritsar, was the birthplace of the Ahmadiyya movement. It was where the movement’s founder, Mirza Ghulam Ahmed, was born in 1835, and where the first set of followers had proclaimed him the promised caliph. By 1947, the then caliph of the Ahmadiyya movement had chosen to move to what would become Pakistan with his followers.

Spate, who knew nothing of the Ahmadiyyas except that they were a Muslim sect of some sort, jumped at the chance to travel to parts of India he had never seen before, all expenses paid. What he witnessed on his arrival in India was a commission mired in chaos, and faced with an assignment that seemed all but impossible. As historian Lucy P. Chester writes in her book Borders And Conflict In South Asia, Radcliffe, a widely respected lawyer in London, had expected to have at least a year or more to draw the borders. This was first reduced to six months, and then he was finally told he had no more than six weeks to finalize the highly contentious India-Pakistan borders in Punjab and Bengal.

The partition of Punjab proved the most problematic. All the three main parties involved—the Congress, the Muslim League, and the Sikhs—put forth proposals that reflected maximalist positions. Fully expecting that Radcliffe would try to arrive at a compromise, each party asked for as much as it could without appearing ludicrous.

In a nutshell, the situation was as follows. The Congress asked for the boundaries to be drawn well west of Lahore, incorporating the Sikh centre of Nankana Sahib. The Muslim League asked for the line to be drawn east of Amritsar, including Ludhiana and, most importantly, Gurdaspur. The Sikh proposals broadly fell along Congress lines. And then things got infinitely complicated as parties began to make their cases in front of the Boundary Commission, which comprised two Muslim and two non-Muslim judges all reporting to Radcliffe.

Radcliffe himself appeared to remain aloof from all these proceedings (though there has been endless speculation continuing to this day, by many historians, about Radcliffe’s neutrality, his true sympathies, his malleability to suggestions by Lord Mountbatten and so on).

Spate may have immediately noticed the futility of the Qadian problem. Situated as it was to the east of Amritsar, to make the town fall within Pakistan would have required Radcliffe to take a position heavily in favour of the Muslim League.

This was, ultimately, not to be. However, Spate recorded the numerous alternative ideas that kept coming up during the proceedings. For instance, there was a suggestion that Amritsar become something of an Indian enclave in Pakistan, with some sort of thin corridor connecting it to India. This would have made for some splendid cartographic weirdness but was a political impossibility. Spate also noticed at least one instance of opportunism. While going through a Muslim League proposal in which the border followed the track of the Sutlej river, he noticed a small outcrop jutting to the east off the river, into India, bounded by straight lines. On enquiring, he was told that a prominent Muslim League member had an estate that sat to the east of the river and wished to incorporate that into Pakistan.

Spate appears to have developed something of a soft corner for the Ahmadiyyas. He found Qadian and its residents quite charming, if prone to a certain fundamentalism. “I felt it was a privilege," he later wrote, “to be introduced to such a strange but attractive society." Ultimately, Spate’s efforts proved futile. The Radcliffe Award, announced not on Independence Day but two days later, meant that Qadian remained very much in India. The Ahmadiyyas would eventually move their headquarters to Rabwah in Pakistan.

The Australian geographer left Karachi in 1947, fearing for the future of both countries (but he appears to have been particularly concerned with Pakistan’s fortunes). His assignment may have failed but, he later recalled, he at least had a bag of basmati rice to take back to London with him. Which was nothing to scoff at in a Britain still reeling under wartime rationing.

A decade later, when he came back to India, he was puzzled by Jhansi, yes, but also the transformation he had witnessed in India. As he witnessed the Republic Day festivities in Delhi, he was struck, he later wrote, by the “increase in self-reliance and realism" that seemed to permeate so many levels of Indian society. “Broadly speaking, I came in a mood of qualified pessimism, I left in a mood of guarded optimism."

What of Jhansi then? The States Reorganization Committee explained to Spate, according to his recollection, many years later in 1991, that Jhansi had been included in UP and not MP at the express request of the residents of the district. Used to being part of the British-administered United Provinces, the locals didn’t want to risk being part of a new state that was cobbled together from local kingdoms. No thanks, they said. At least UP has a legacy of administration. We used to be a little appendage to the United Provinces, and we would like to stay a little appendage of Uttar Pradesh.

The irony of this did not escape Spate. The only reason Jhansi was part of the United Provinces was because of Rani Laxmibhai. It was her patriotism that ultimately led to its annexation into the British-controlled territories. Decades later, residents, perhaps inadvertently, had perpetuated that story through the map of Uttar Pradesh.

There is more than one way to read a map.