From 'illicit' sex to identity politics, the themes addressed by new Nigerian fiction coming into the Indian market are pushing the boundaries

In November, Alexandra Alter wrote in The New York Times about the emergence of a fresh wave of “thematically and stylistically diverse fiction" from Nigeria, a majority of it exploring subject matters that are deemed controversial—gender, sexuality and nationalism. The trend was catalysed by Cassava Republic, an Abuja-based publisher with a branch in the UK and a US distributor, which, as the NYT put it, is at the “forefront of Nigeria’s literary renaissance". The new generation of writers was preceded by the global recognition of authors like Chimamanda Ngozi Adichie and Teju Cole in the early-to-mid-2000s, following a period of “book famine" in the 1980s and 1990s, when publishing in Africa was said to have suffered a major setback due to political and economic factors, and reading was no longer considered a leisure activity.

While Ibrahim’s prize-winning novel, Season Of Crimson Blossoms, was published as part of Speaking Tiger’s International Fiction series (launched in 2016), it was John’s witty tweets that first caught the attention of Raju Arora, the chief executive officer and founder of Kautilya Books, who immediately downloaded his Born On A Tuesday on his Kindle. Before long, he had acquired it and Adenle’s Easy Motion Tourist from Emma Shercliff, their agent at Cassava Republic. One impetus behind these acquisitions, Arora says on email, was the incidents of racism faced by African-origin students in Delhi and Bengaluru. Arora actively sought out books from African nations, hoping they “could help bridge the gap".

This latest interest in African writing in India may be noteworthy, but it is not altogether nascent. Ainehi Edoro, scholar and founder of the African literary blog Brittle Paper, traces the Indian interest in new African writing back to 2012, particularly to the publication of Balaraba Ramat Yakubu’s Sin Is A Puppy That Follows You Home (translated from the Hausa by Aliyu Kamal) by Blaft. “Clearly, the interest is not waning," she adds on email. Evidently, the publishing partnership between Nigeria and India is not new. India has had a market for Nigerian fiction for some time. Chinua Achebe’s classic novel, Things Fall Apart, ubiquitously features in English literature curricula across the nation, and Cassava Republic, owing to economic reasons, mainly prints its books in India. This triad of new releases, however, says something distinct about the contemporary literary relationship between the two countries, and also about the production, translation and dissemination of African literature globally.

The NYT article concludes with a clarion call from Nigeria’s Lola Shoneyin—poet and author of The Secret Lives Of Baba Segi’s Wives, publisher of Ouida Books, Lagos, and founder of the Aké Arts and Book Festival: “Our project is to build the Nigerian and African market, and to build a market that’s more contained. The success of a Nigerian writer shouldn’t depend on their success in the West." Edoro elaborates further. “The idea that the West is the mecca of African writing is flawed…. Only a handful of African writers, who are handpicked and beatified by a handful of literary agents and publishing houses, which serve as gatekeepers, get their work into book stores. It is just not a sustainable model," she says. “If we continue to depend solely on Western publishing markets, it is only a matter of time before we return to the literary drought of the 1990s," she warns. Edoro suggests two solutions: Build the African literary industry and seek markets such as India and China to do so. “It is important to know that the West is not synonymous with the term global," she adds.

When Renuka Chatterjee, vice-president (publishing) of Speaking Tiger, conceived the International Fiction series, she had similar concerns: “The raison d’être for starting it is to bring the best of literary fiction to readers in India, from countries other than the UK and US—as British and American writers are in any case published here by a number of publishers," she says on email. While Speaking Tiger’s focus is “not just Nigerian authors, but writers from around the world", what’s telling is that the West no longer seems essential for these narratives to emerge. Major Western metropolises are gradually being left out of conversations about the circulation and consumption of the African continent’s literature. London-, New York- and Paris-based publishing houses are no longer segues or stamps of approval for African stories to reach Indian, or other non-Western, shores. “The space for reading diversely, stories from non-Anglophone or Eurocentric cultures, is definitely opening up in India," adds Kartikeya Jain, Ibrahim’s editor at Speaking Tiger.

The triad of new releases is significant for African literature globally.

The national literary scene in Nigeria is also flourishing—the 9mobile Prize for Literature holds a value of £15,000 (around Rs13.5 lakh) and a fellowship to a UK-based university, while the Aké Arts and Book Festival, hosting its sixth edition this year, attracts writers and readers from around the world. The space for readership, on familiar as well as foreign shores, may be widening, but for publishers it’s still a bit of a gamble. Chatterjee concedes, “It’s not an easy market. No matter how well (these books) do in other countries, many of these authors are not known names here."

Jain says, with specific reference to Ibrahim’s book, that “the print runs have been conservative…perhaps slightly less as the market for non-US/EU literature is still developing, with first prints of about 1,000 copies". That said, both Speaking Tiger and Kautilya remain hopeful, and are relying on literary festivals and book tours to capture the audience. Ibrahim was invited to this year’s Jaipur Literature Festival and hosted by the Nigerian embassy. Arora intends to invite John and Adenle to India later this year.

That the successful Cassava Republic has had its fair share of market risks should be of some comfort to local Indian publishers. As Alter explained in her NYT article, the African publisher’s “expansion is unlikely to have a major commercial impact…but culturally, the company’s global aspirations represent a significant new landmark for African literature". Bibi Bakare-Yusuf, the founder of Cassava Republic, agrees. “One of the things we are trying to do is expand the definition of African literature," she says. “Achebe’s Things Fall Apart cannot define the whole continent. We should not be able to count African writers on one hand." If you’re looking to broaden your perception of African literature beyond the politics, preoccupations and thematic concerns of the early, post-independence generation of writers like Achebe and Ngugi wa Thiong’o, writers who wrote anti-colonial narratives and “wrote back" at the imperial centre, look no further than Ibrahim’s Season Of Crimson Blossoms, John’s Born On A Tuesday, and Adenle’s Easy Motion Tourist.

Ibrahim’s novel portrays an affair between an ageing Muslim widow, Hajiya Binta, and Reza, a gang leader in his 20s—this combination of age, religion and sexuality is taboo in northern Nigeria. Yet Ibrahim’s Indian editor, Jain, felt the book would appeal to readers here specifically. “What struck me was the similarity in our cultures around regulating desire (female sexual desire, to be precise), family, patterns of political and communal violence and the entanglement of personal lives in these larger threads," he says. “These subjects hit very close to home." Also set in northern Nigeria—though, as Arora says, it “could be a book out of any semi-urban or rural place in India"—John’s Born On A Tuesday plays out against the backdrop of political corruption and religious extremism in 2003. Far removed in its style from the politicized media representations of Boko Haram and sprinkled with untranslated Hausa words, the story follows the personal journey of Dantala, a young Muslim boy who joins a gang. Adenle’s fast-paced Easy Motion Tourist, described as “Quentin Tarantino meets Lagos" by one critic, features Guy Collins, a British journalist, who lands in Nigeria’s largest city to cover an election story and faces a series of unfortunate events. Adenle closes the novel on a cliffhanger, and the action continues in his forthcoming sequel, When Trouble Sleeps.

From the controversial to the commercial, these three novels sit on the genre fence, are experimental, and elude the readers’ expectations. More significantly perhaps, they are fluid—and have found a home away from home. Endorsed by the likes of Taiye Selasi and Binyavanga Wainaina, this enigmatic debut evades expectations and genre descriptors. Stitched together with split selves (Igbo/Tamil) and split settings (Nigeria/America), it “explores the metaphysics of identity and being" in equal parts fiction and memoir. Pitched as “a ferocious, wall-eyed, Tom Ripley-ish debut novel about cuckoos in the family nest, the death of colonial Rhodesia and the bloody birth of modern Zimbabwe", this politically conscious, post-colonial epic is written in razor-sharp prose—and comes with high praise.

Children of Blood and Bone
by Tomi Adeyemi 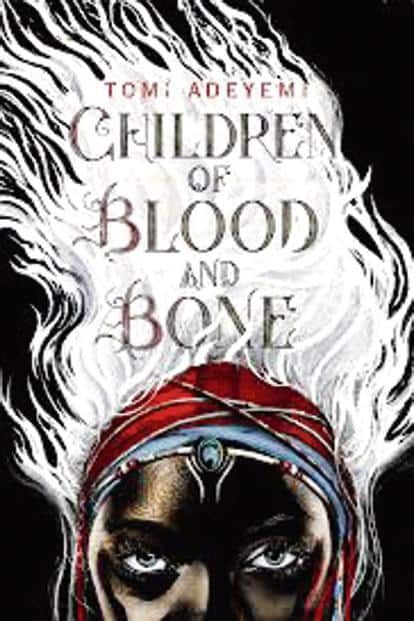 The Harry Potter series meets The Hunger Games as Adeyemi—who signed a seven-figure deal—conjures up literary magic tricks in the first part of her West African young-adult fantasy trilogy. At 600 pages, expect dark magic, danger and, as The New York Times described it, “Black Girl Magic".