To whom can we entrust the unwieldy task of preserving the millennial in literature? To drown out the headlines and hot takes and offer a sincere, timeless account of what it was like to be young in our times? It seems hopes are pinned on 27-year-old Irish author Sally Rooney, whose debut Conversations With Friends, published last year, was welcomed with critical acclaim, and a catchy moniker: “Salinger for the Snapchat Generation". Her sophomore novel, Normal People, has generated grander titles: “the first great millennial author" and “Jane Austen of the precariat"), and a spot on the Man Booker Prize longlist.

Normal People is a concentrated account of the ill-defined intimacy shared by its two protagonists, Connell and Marianne, as they transition from high school to university, and from rural Ireland to the intellectually rich circles of Trinity College Dublin. Their uneven social statuses are foregrounded in the opening scene: Connell, good-looking and well-liked, arrives at his classmate Marianne’s home to receive his mother, who is employed there as a cleaner. Marianne, on the other hand, is a social outcast at school and neglected at home. The two are sharp enough to notice in each other a knowingness that feels unique to them, the classic bait of teenage love. Since Connell is insecure about dating the unpopular girl, a secret relationship ensues, which is derailed and brought back on course several times.

The next four years are offered in glimpses, and packaged into tight chapters that travel “Three Days Later", “Four Months Later", “Five Minutes Later", while deftly slipping into flashbacks to plug gaps in the narrative. New strains are added to the shifting relationship between Marianne and Connell through a series of memorable scenes: a school dance where Marianne is treated cruelly, a blissful poolside conversation, a cigarette shared in silence. For a plot-averse writer focused on interiority, Rooney’s prose augurs cinematic potential, possibly explaining how swiftly both her novels have been optioned for film adaptations.

Rooney writes 20-somethings with careful precision while, remarkably, eliminating the primary markers of her generation. Dietary habits, pop culture references, smartphone models are absent or blurred. In their place, she offers mordant humour, cool posturing, clever dialogue, while adding literary value to un-literary devices like email and social media. In response to a Facebook uproar that erupts after a neo-Nazi is invited on campus, Connell participates with a like instead of a comment, which smartly illustrates his diffidence over indifference. 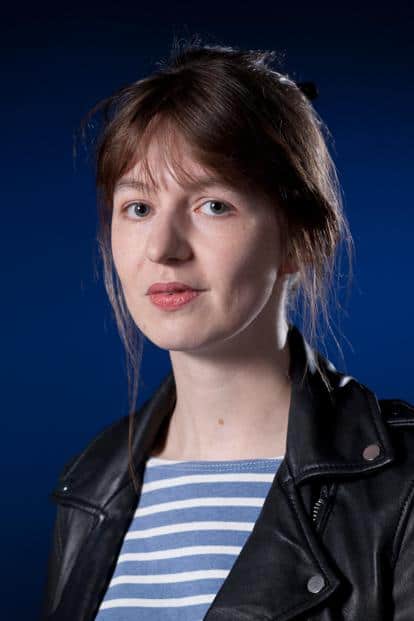 If Rooney’s debut novel teased the arrival of an assured stylist, Normal People confirms it. Her straightforward prose is composed of pared-back sentences and swift dialogue, with Rooney sneaking in a few unique turns of phrase, which reveal both ability and commendable restraint. Falling in love, in Rooney’s universe, is clinically observed; instead of headiness, you’re handed simple facts. This is what it looks like from the outside, she seems to be saying, while mining every fleeting thought that passes through her characters. Like when self-conscious flirtation is plainly accounted for, without any cost to feeling: “They couldn’t look at each other when they were laughing, they had to look into corners of the room, or at their feet."

It’s hard to miss glimpses of Rooney herself. The debating champion and Trinity alum was raised by socialist parents, bears strong Marxist views and was a passionate campaigner for Ireland’s pro-choice referendum. Rooney’s political views seep into the novel, in her character’s questioning of employment, oppressive capitalism, and in Connell’s views of literature as class performance, “fetishised for its ability to take educated people on false emotional journeys, so that they might afterwards feel superior to the uneducated people whose emotional journeys they like to read about."

While Rooney has found mention on several literary award lists, it’s safe to place bets on one she might be left out of—Bad Sex in Fiction. In Normal People, she expertly defines much of Connell and Marianne through their sexual interactions, both with and outside of each other. Marianne, in particular, is often found fumbling with her views on submission. “It’s not like I get off on being degraded as such... I just like to know that I would degrade myself for someone if they wanted me to," she says. It makes you rethink a fetish greyed by the intersection of power, agency and abuse. As a heroine, Marianne comes across as more vulnerable than the cool, deliberately ironic Frances of Conversations With Friends. In an interview with The New York Times, Rooney said she gave Frances a Twitter voice, which she describes as “a tone of casual self-revelation that deprives others of the ability to criticize". Marianne could be one of many young women today, clear-headed feminists who have been habituated to make do with less space than they’re allowed now, and are still learning to negotiate changing gender roles. It shows up in Marianne’s relationships with men, from whom she demands more, while allowing questionable free passes.

What makes Rooney’s voice distinct, and possibly even alienates some readers, is her diligent reporting of interiority. It is a style that can be off-putting to some for its confined narrative, the microscopic attention to thought, and her willingness to be accurate about love, which is near impossible without a tolerance for sentimentality.

“Life is the thing you bring with you inside your own head," Connell observes in Normal People. By revealing entirely what her characters bring inside their heads while navigating depression, ambition, sex and class divisions (though one misses the moral ambiguity of her previous novel), Rooney provides a heartening insight into a generation that is often weakly documented in literature.