No space for suits and ties

In 1995, Nick Jones, a young restaurateur, took possession of the townhouse above his French restaurant Cafe Boheme in London. Since the entryway appeared too narrow for restaurant footfalls, Jones decided to use the space as a private club. But what distinguished Soho House from more established, and mostly staid, members-only clubs of the time, was its radical membership policy. The house exclusively welcomed the city’s creative community—artists, film-makers, writers, designers—and turned away straight-laced corporates. Strictly no suits. Since then, Soho House has enrolled 80,000 members and established 23 global outposts, including their first in Asia, which opens in Mumbai on 5 November.

Soho House Mumbai, “opening soon" for a few years now, has finally arrived in an 11-storey Juhu building with 38 bedrooms (for hotel guests), a members-only lounge area, a gym, a rooftop pool, a screening room, and striking views of the Arabian Sea. In keeping with Soho House’s comfort-first design philosophy, expect soft lighting, plush seating and a complete absence of workstations or boardrooms. The space includes two restaurants on the ground floor, Cecconi’s Mumbai and The Allis, which will be open to the public.

Ahead of the launch, Nick Jones, CEO of Soho House & Co., spoke to Lounge about setting foot in Mumbai, appealing to the next generation and the importance of finding the right neighbourhood. Edited excerpts: What inspired the decision to enter the Asian market with Mumbai? What factors do you consider before setting foot in a new market?

As you know, we’ve been desperate to open in Mumbai for a number of years. A lot of our members have been asking us for a club in here, and we have also had a lot of requests from people in the city. There is a thriving creative community in Mumbai, which is only growing. There’s an entrepreneurial spirit here, and so much happening in technology, art, cinema, fashion. Our members want to be a part of that, and they’re excited for this city to join the Soho House community. We’ve also got our second Soho House (in Asia) opening next year in Hong Kong.

How do you see Soho House distinguishing itself from other members-only clubs in the country?

We’re very interested in the competitors but we’re not obsessed with them. The market wants something local, but they also want to have access all around the world when they travel.

Every house we open is localized and designed to the city, particularly the neighbourhood that it’s in. Everything from the furniture to the food and drinks and the events is tailored to the local community. We didn’t just want to take what we had in London and place it in another part of the world. When we open in a new place, we always start small and work with our members, listening to what they want. We usually have around 1,500 members in the first year of a house opening, and that grows to about 4,000 by year four.

What part has the gig economy played in the success of members-only clubs?

The work-life balance blends in much more easily than it used to. This is made possible through technology and the number of creative jobs that are available now. And Soho House provides the right environment for that. It is designed for people who want flexibility, whether they come in early in the morning or late at night, so they can use the space for whatever purpose they want. They can eat, drink, work, workout at the gymnasium or just lay by the pool.

You offer a heavily discounted membership rate for those under the age of 27. Is this to specifically secure a younger membership?

We’d like to think we’re reasonably priced, and affordable to people under the age of 27. An interesting, inclusive membership is one that attracts every age, every gender, and is full of diversity. Younger people can’t necessarily afford the full membership price. This way, they find themselves an attractive price, and they bring a nice, vibrant feel. Twenty-five per cent of our membership is under the age of 27.

We’ve also recently launched a new membership type, Cities Without Houses (CWH), for people who live and work in cities that, at present, don’t have a House, but who travel a lot and would like to have access to our Houses around the world. We have close to 2,000 CWH members around the world now, which shows that people want to be part of the community even if they don’t have a physical House. 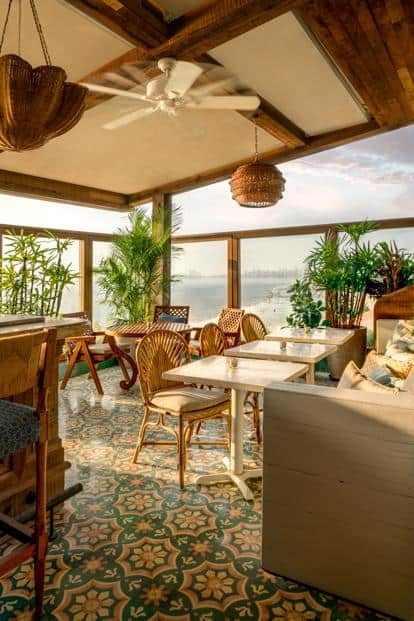 You started Soho House 20 years ago specifically for young creative professionals. How have the needs of this community changed over the years?

What’s happened to the world is that the young people who are going into their adulthood now are becoming more like a Soho House member. This is happening more now than it was 20 years ago. And that’s because people are becoming more like-minded, less corporate, more creative than they used to be.

Soho House has been able to adjust to what members want, but at the same time, we’ve kept our core values. A struggling scriptwriter is as important to us as they were 15 years ago. Encouraging people within the industry, surrounding them with those that have a similar outlook to life is important. It’s something that people value and don’t give up easily.

How important is it for a private club to identify the right neighbourhood?

We’ve just opened a Soho House in Amsterdam and it feels very Dutch. If I was staying there, I would feel like I’m in an interesting part of town. And I’d like to think what we’ve created in Amsterdam is what we do every time we create a House. I like taking a punt on an area. I don’t want to go to the established parts of the town; I want to go to the parts which are on the cusp of becoming something special.

Normally, when you stay in a hotel, you’re surrounded by a lot of other people who are travelling. If you stay in Soho House (as a hotel guest), you get an experience of the locality. You really feel like you are a part of the local community.

As a brand, you’ve branched out to include restaurants, spa products (Cowshed), juices (House Press) and a lifestyle store (Soho Home). How many of these do you plan to introduce in Mumbai? Also, is there a worry that heavy expansion comes at a cost to exclusivity?

This is something that people asked me when I went from my first Soho House to the second—will it change? You’re right, it will change. It will change for the better. Expansion is not always regarded favourably, but we open three-five houses every year because this is what our members want. We’re opening in Lisbon, Paris, Penang, Rome, Shanghai, and many more in America. In each new city, we really have the cream of that community.

In Mumbai we want to see how the club goes. We do have a Cecconi’s restaurant and Cowshed spa products. But it doesn’t rule out any of our other brands. We just want to settle in at the moment. Dependent on how things go in Mumbai, we might move into other cities in India as well.