Since 2011, Neelesh Misra's Mandali has mentored scores of writers, changing lives as well as the art of storytelling

When you walk into this room, leave your footwear and egos outside, I told every participant," says Neelesh Misra, on the phone, referring to the members of Mandali, the floating group of writers he has mentored since 2011. Journalist, writer, radio broadcaster, lyricist and scriptwriter, Misra wears several hats with aplomb, though his founding roles in two unique projects deserve special mention. In 2012, he started Gaon Connection, a newspaper dedicated to telling stories from the heart of rural India. And the year before, he began Mandali, a nationwide community of storytellers, who contribute to segments of Misra’s immensely popular radio programmes, Yaadon Ka Idiot Box and The Neelesh Misra Show, with stories of their own.

Recently, some of the work by the members of Mandali was collected in Storywallah, a selection of 20 stories hand-picked by Misra and translated from Hindi into English for the first time by Khila Bisht. For readers who don’t have enough Hindi to savour the taste of the original, the translation opens up whole worlds of experience and feelings from life in India’s small towns. Seasoned fans of Misra’s programmes may be disappointed though. A few critics have complained about the anodyne quality of the English version, lacking the bite and nuance of the Hindi original, though Misra begs to differ. “The colloquialism of the stories may come across better in Hindi, but ultimately it’s the emotion that matters," he says. The range of subjects addressed in the stories does bear out his defence.

In its seventh year now, Mandali is a much coveted platform, open to anyone interested in writing for the radio, though admission is granted through a screening process by Misra and his team. An experiment that began in Misra’s living room at his Mumbai home (before branching off to chapters in Delhi and Lucknow), Mandali is amplified by the advancements of technology. Not only has the gathering changed the terms of storytelling as a medium of mass entertainment in contemporary India, but it has also forged a close-knit community of creative individuals, situated in far-flung corners of the country, united by a common passion. In the internet age, Mandali is location independent, with members connecting over Skype to critique one another’s work. As a forum for creative interrogation, it is as rigorous as any formal writing workshop, and also cemented by solidarity, camaraderie, empathy and debate among the participants.

Having never written fiction, Misra had wandered into storytelling by accident, he says. In 2010-11, he was part of Band Called Nine, India’s “first writer-led band". Soon, apart from composing songs for it, he was writing for the radio at a furious pace. “I would be up entire nights writing," he says, “and go on to record the story in the morning." Then, one day, after a performance at Blue Frog in Mumbai, Umesh Pant, then an associate screenplay writer with Balaji Telefilms, came up to Misra and expressed a desire to write for his show. Pant’s idea soon led to the formation of the Monday Mandali, where a group of writers began meeting on Mondays at 11am at Misra’s Mumbai home. Pant, who is from Uttarakhand, would go on to compose over 100 stories for Mandali, become one of the founding members of the Gaon Connection, and write a critically acclaimed travel book in Hindi. “I never trained in writing or taught it, so Mandali offered me a great learning opportunity as well," says Misra. “The conventions of the group are somewhere between a gurukul and an adda." Little rituals soon evolved around it. When a writer had their story approved for the first time, for instance, they had to make tea for the rest of the gathering.

Apart from being a space for bouncing off ideas and honing one’s writing skills, Mandali plays a cathartic role in many of its members’ lives. As Misra puts it, Mandali helped give voice to the “anonymous struggles" of many individuals, which resonated widely with their radio audience. People wrote about their personal traumas, bad marriages, discovering their own voice and inner strength in the process. Writing for Mandali not only provided emotional sustenance, but also gave an income to many, who had their stories read out on the radio. “Mandali became a pure island where writers could come together and make a living out of their passion," Misra says.

Anulata Raj Nair, for instance, landed her “first job" as a writer with Mandali in 2014. She is currently the associate creative head at Content Project Pvt. Ltd, which was founded by Misra. “We have a unique model," says the Bhopal-based writer, “in that we train people, who are ardent fans of Neelesh Misra, to become better writers, and pay them well for their efforts." With several of her stories included in Storywallah, Nair says her themes have ranged from romantic plots to child abuse and acid attacks. 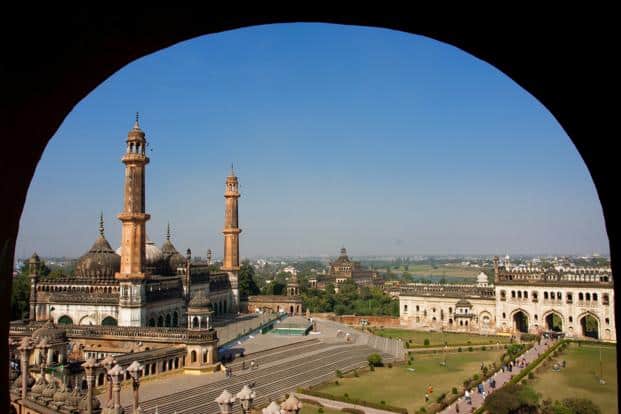 Indeed, the majority of the stories in Storywallah involve romance: thwarted, jilted, tested, fulfilled, tragically lost, empowering. There are frequent plot twists, too—in the form of ghostly intervention in one memorable instance—and reversals of fortune. Each narrative, running for only a few pages, has the punch typical to the classic short story. Although positioned as narratives from India’s small towns, the stories embrace a wider ambit, in that their themes and emotions are far more universal, irrespective of their geographical locus. Often appended with an emphatic social message, usually as a resolution of an impasse or personal crisis, the stories mine the secret lives of people like us—and those unlike us too.

A young woman struggles to come to terms with her deceased mother’s past; a “muffler" marks the beginning of a budding romance; a ritual of evening tea opens a window into a family’s past; while a forgotten letter, found in an overcoat, shines light on an elderly matriarch’s softer side. While much of what we read in Storywallah may be fictional, the stories are also peppered with lived experiences, becoming repositories of pent-up emotions. “Although I have been writing for 20 years and even had a blog, which was more like an online diary, it was only after I joined Mandali that I became more aware of the craft of writing," says Shabnam Gupta, whose story Ayesha, about an abducted girl, is one of the most striking in Storywallah.

Journalist, writer and film-maker Anu Singh Choudhary, concurs about the therapeutic and artistic impact of Mandali. Her association with Misra began in 2011, as a roving reporter for Gaon Connection, after which she spent two years with Mandali, between 2012 and 2014, when she wrote about 50 stories. Writing for the radio taught her to respect the format, she says on email, as well as to “learn to write with definite thoughts and enough cliffhangers to ensure that the audience comes back for more". The challenge behind this format, she says, is to “keep it simple, yet learn to add layers. It is not the language, but the story, character, and plot that your audience comes to you for." Working as part of a group and learning to accept criticism may not be easy to start with but, as Singh Choudhary says, “Your audience’s gratification is far more important than your own as a writer. The real craft is in balancing both."

At the end of the day, the reward for such forbearance can be magical, best captured in the words of the man behind Mandali. As Misra puts it, this satisfaction comes from the thrill of “sitting in a remote corner of the country and having millions of listeners hear your stories being read." A slice of life

A short story, as the conventional wisdom goes, is meant to reveal to its reader “a slice of life". The stories collected in Storywallah, by that criterion, are crafted with expertise. With a conflict at its core, each of the 20 tales touches on spheres of experience familiar to most of us. From budding romance to stale marriage, with illicit love and familial tension thrown in, the stories cover a wide sociological, as well as psychological, ground.

Originally written in Hindi and meant to be read aloud on air, the stories don’t translate seamlessly into English. Local nuances are inevitably flattened, the cultural gulf is too wide to bridge at times. But the characters who populate these tales are drawn from life—their desires, flaws and aspirations all too familiar to most of us. Manjit Thakur’s story Umrao Jaan, for instance, strikes an immediate chord with its reference to the famous courtesan. The plot, though transposed to a small mining town near Asansol, is based on the familiar template of the trials involved in a romance between social unequals. In Yellow Roses, Jamshed Qamar Siddiqui looks at scenes from a marriage, an alliance once forged out of love but now on the verge of losing its freshness. A woman gets a rude wake-up call in Nails, by Umesh Pant, as her fiance leaves a trail of thoughtless remarks in the wake of their engagement. Women’s lives, along with the insidious gendering of social norms, get a spotlight in several stories, by both men and women writers.

By focusing on the inner dilemmas of the characters, mostly arising out of everyday realities, Storywallah holds up a mirror to what it means to be modern in contemporary India—and whether an individual can live life on their own terms here.