The 40th anniversary of the late Bob Marley’s chart-busting ninth studio album, Exodus, fell on 3 June. To mark the date, Exodus 40—The Movement Continues, a new “restatement" of the album, was released—with fresh mixes, a few hitherto unheard recordings, and several live tracks. Curated by Marley’s son Ziggy, it is a perfect listen if you want to rewind to the past—the heady days of the 1970s. I soon found myself, after many years, listening to the opening track, Natural Mystic, on which Marley sounds remarkably serene as he sings those familiar lyrics: “There’s a natural mystic/ Blowing through the air/ If you listen carefully now/ you will hear/ This could be the first trumpet/ Might as well be the last/ Many more will have to suffer/ Many more will have to die". Listening to vintage reggae took me deep down memory lane, back to when Marley’s songs, the coveted T-shirts emblazoned with his likeness, and the mysticism of Rastafaria fascinated us in college.

The nostalgia trip, however, was short-lived. In the middle of last week, a music podcast sprang a reggae surprise on me when it played a song by Nattali Rize. The song is called Warriors and it could well have come out of the 1970s. It’s the sort of song that makes you sit up instantly and take notice. It’s a call to arms; a song that exhorts people to rise up and burn down a system that tries to mentally enslave us—a summoning of warriors. It’s a catchy song too, with classic reggae rhythm (sorry, riddim!), clear, confident vocals, and a bold message. Intrigued, I decided to explore Rize and her music.

Nattali Rize is an Australian singer whose music is heavily influenced by roots reggae and Rastafarian philosophy. Warriors is off Rebel Frequency, her full-length debut album, which was released in March. Born in San Diego, California, but raised in Australia, Rize is of Samoan and Native American descent. Inspired and influenced by old-school reggae and the songs of Bob Marley, Rize changed her birth name from Natalie Pa’apa’a, fashioning her new surname after the reggae great’s popular song, Heathen. Rize and her partner, Carlo Santone, began their musical lives in their teens (they’re now in their early 30s) as street musicians, busking on the roads of small towns in New South Wales before moving to Melbourne. They quickly made a name in the vibrant Australian roots reggae scene, a world that I was not aware of before reading up on Rize and Blue King Brown, the band she and her partner formed. In one instance, after hearing them, the legendary guitarist Carlos Santana chose Rize and her band for his opening act at a festival in Australia. Since then, she has opened for others, including American rap and spoken-word musician Michael Franti, and the British reggae band UB40, besides touring solo.

Blue King Brown was an eight-member collective well entrenched in reggae but with pronounced pop and rock influences, and for several years Rize recorded and performed as part of it. That was before 2014, when she relocated to Jamaica, the birthplace of reggae and a scene redolent of that genre’s storied past. In an era where pop music lyrics tend to be superficially self-centred and pop stars resemble Milquetoast characters or worse, poor copies of each other, Rize’s songs stand out. Refreshingly political, she sings about empowerment, about freedom, about the environment, and the abuse of democracy. Dreadlocked and diminutive, Rize is outspoken. In interviews, she is unabashed about her politics and her beliefs and her whole-hearted immersion into the Rastafarian way of life. Some call her the roots and reggae queen. In Jamaica, she recorded at Tuff Gong Studios, founded by Bob Marley, and on her debut full-length album she has collaborated with Jamaican musicians such as Julian Marley, another of Bob’s sons; Jah9, a rising star among Jamaica’s women singers; Kabaka Pyramid; and the band Raging Fyah. 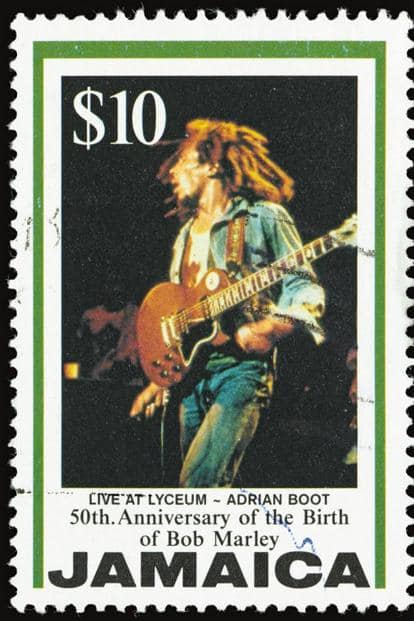 Many of the songs on Rebel Frequency can remind of you of a young Bob Marley. On One People, Rize sings: “Keep waking up now, rising up, yeah, yeah/ Babylon, you hypocritic enemy, you create more problems than you’ve got the remedy/ You’re misleading and deceive my people endlessly/ then you wonder why me never want you next to me." There’s anger, self-assertion and empathy in Rize’s songs. Her music has the trademark sound of reggae—the drums and basslines are pounding—but there are also strident guitar leads and other instruments. Reggae purists may raise eyebrows at that but the new reggae scene has evolved. Many of the Jamaican musicians that Rize plays with, and who are part of reggae’s revival, demonstrate rock and pop influences, particularly in the musical arrangements they adopt. The outcome can be positive—Rize’s songs have infectious melodies that have the potential to turn them into earworms. But most of all, it’s her fiery lyrics that make for compulsive listening.

5. ‘What If Birds Aren’t Singing They’re Screaming’ by Aldous Harding from ‘Party’

First Beat is a weekly column on what’s new and groovy at the intersection of music and technology. He tweets at @sanjoynarayan