Monsoon Special: Trekking the Himalayas in the rain

The monsoon isn't a great time to trek in the mountains, or so received wisdom says. If you do go, it's a feast for the senses

In high monsoon, the Dhauladhar reveals its true colour: black. The famous Himalayan range that dominates the Kangra valley in Himachal Pradesh is well-known for its dramatic skyward rise from the modest foothills—an abrupt rise of some 14,000ft—as also for the perennial snow cover that gives the range its name, the “White Ridge". This name suits the range for much of the year, from October-June. However, when the monsoon collides with the range, it dumps such prodigious amounts of rain for a stretch of three months that Kangra turns into one of the wettest regions in the subcontinent. It also scours much of the remaining snow and ice off the range, and strips off its rotting mini glaciers.

This turns the Dhauladhar completely black. Its jagged pinnacles and vast boulder fields, especially viewed from popular camping grounds like Triund, above McLeodganj, look forbidding. The numerous mountain streams, called gads, swell into violent floods, and, on the higher slopes of the range, the sound of gigantic boulder avalanches and rock falls is a constant booming presence.

Clouds swirl and flow at incredible speeds. Huge shelf clouds, hundreds of kilometres long, settle over the upper half of the range so that the only image that the Dhauladhar presents is the fantastical. You would be forgiven for mistaking its brooding, storm-wracked ramparts for the Mountains of Shadow that guard the dark lord Sauron’s dominion, Mordor, in The Lord Of The Rings. In much of the Himalayas, trekking in such conditions during the monsoon is best avoided, or so conventional wisdom goes. In reality, there couldn’t be a better time. Trekking in the Himalayas at this time is certainly perilous, but, if done with adequate planning and care, it is the best time to get to know the great range more intimately.

In the 15 years I have been trekking in the Himalayas, I’ve been on numerous, lengthy monsoon treks, as well as shorter hikes in the Western Himalayas, and I couldn’t recommend it highly enough. There are certain things you should avoid, like crossing passes above 5,000m that lie directly in the path of monsoon storms, such as the Thorung La on the Annapurna circuit in Nepal. Such passes, exposed to the full force of monsoon blizzards that pile huge amounts of snow above 4,000m, can turn into death traps. But it’s still possible to traverse lower passes, or high ones, somewhat shielded from the monsoon by subsidiary ranges, like the Bhyundar Khal at the head of the Valley of Flowers in Garhwal in Uttarakhand. There are innumerable shorter valley hikes as well, not as arduous, and absolutely stunning.

I’ve always loved the mountains during the rains, in all their mist-shrouded glory. The sudden carpets of colourful wildflowers in a rock gully; a dramatic waterfall plunging down from an undetermined height up in the clouds; the abrupt unveiling of unimaginable vistas after a local storm passes; the incredible sunsets—monsoon in the Himalayas is a feast for the senses. However, the best case I can make for rainy season treks is the solitude of the trail. Most well-known trails are often overrun by trekking groups in season, and the chatter and intrusion of an over-populated trail can often defeat the very purpose of a trek.

I will again use the Dhauladhar as an example. The Indrahar Pass trek is one of the most popular in the Western Himalayas, both due to its relatively lower altitude as well as its ease of access, just two days from McLeodganj. In September-October, and again during May-June, you might be strung out across the meadows and rhododendron forests of Triund, or on the vertical rock stairs that lead up to the pass, with groups ahead of you, behind you and jostling with you for right of way. Even as dramatic and remote a place as the 4,320m high Indrahar can feel like a picnic spot. But to do the same trek during the monsoon, as I have, with different variations, twice, is to have the trail all to yourself. Well, not entirely, but the only other denizens of its wind-swept crags and high camps are Gaddi shepherds with flocks of sheep and goats and playful, bear-like dogs—great company at the end of a long, hard day’s walk, but as eager as you for solitude. Most of the time, their presence is heralded by stray sheep insolently staring from under a rock overhang, or the spectral echoes of barking when you’re deep inside a cloud, or a series of whistles at night, the shepherds’ preferred mode of communication across scattered camps.

The monsoon is also the perfect time to get to know local traditions, as well as for the opportunity to observe mountain culture in all its glory. This is because most religious and cultural festivals in the mountains take place during the rains. Be it the Shivaratri festivities in Kangra and Chamba, with their subtext of animistic ophiolatry, or the deeply transporting Nandashtami festival among the Bhotiyas of northern Uttarakhand, the “off season" gives you the chance to appreciate people and culture beyond the rudimentary and the picturesque. I would never have known of the great snake lakes of the Dhauladhar, or the sight of Brahma kamals studding the beautifully preserved medieval rock temple dedicated to Nanda Devi in the Dhauli Ganga valley, had it not been for a fortuitous monsoon trek. 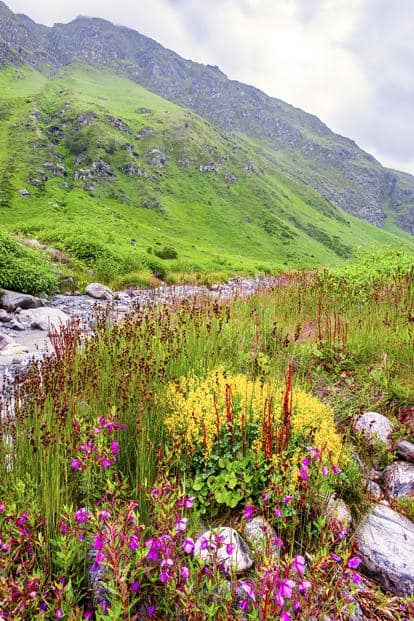 However, there are some mental adjustments you need to make before you head out. For one, be prepared to be wet most of the time. Of course, with adequate rain-proof gear, you can avoid this, but it’s better to be zen about walking in wet socks for hours, to begin with. It might sound like a cliché, but in the wilderness, the greatest obstacle can be fearfulness. Whether fording a river in spate, or negotiating a landslip, both extremely common during the rains, it’s best to remain calm. The other vital quality is patience, and planning your trek with enough rest days thrown in, just to accommodate enforced delays due to inclement weather. During a trek to the Nanda Devi National Park, we were holed up on the high bugyal (meadow) of Lata Kharak for two days owing to raging thunderstorms. On another occasion, my group had to cross the Kuarsi nala in Chamba, only to find that the wooden log bridge prepared by shepherds had been washed away.

At times like these, you either need to be well-trained enough to be able to, say, fashion a log bridge by yourself, or have enough knowledge of the trail to know of an alternative fording spot, or you need to have a good guide who does. When you’re negotiating a landslip, it’s better to step lightly and move fast to get out of the zone, rather than be paralysed by fear.

The monsoon heralds a season of unusual fecundity. The mountains are literally bursting with life. So, while this results in one of the world’s finest displays of wildflowers, colourful butterfly colonies, and streams full of warbling tits and redstarts, it also means thickets of chest-high stinging nettles overgrowing a trail, or countless tiny insects that exist to suck your blood. In such a scenario, knowledge is key. Never blunder into a trek, especially a monsoon trek, unprepared, and without basic trail-walking experience. India, unlike Nepal, doesn’t have adventure insurance or an evolved rescue system, so the ability to make a carefully considered decision at any moment of crisis is vital. Remember, when in doubt, retreat.

Invest in good gear. This is one aspect of trekking in India where options have improved vastly in the past five years. Not only are good international brands more easily available (and easier on the pocket than before), but there are good local variants which will do just fine. Your gear, whether boots or rucksacks, needs to serve you well for years, and, with careful maintenance, it does, for up to a decade or more. Avoid trekking with hand-me-down or rented gear. Your rucksack should fit only you, and you need to know it inside out. 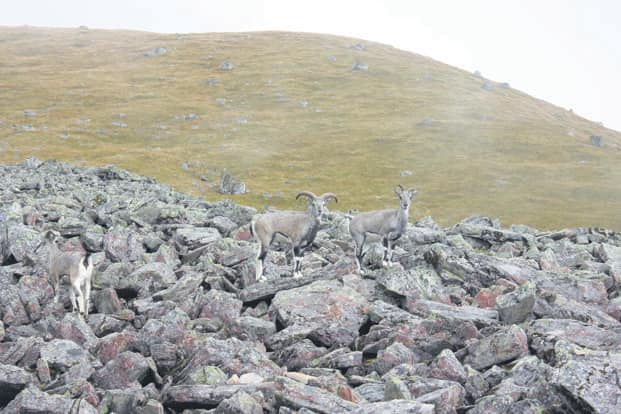 This is a great trek for beginners. The Singalila ridge that separates Sikkim and Nepal, with its breathtaking views of the Kanchenjunga massif, makes for a lovely trek through the trekking season, but its mist-shrouded slopes and rhododendron forests become magical during the rains. Also, keep your eyes peeled for red panda sightings!

Thanks to Frank S. Smythe’s iconic 1938 book, this is probably the most famous monsoon trek in the Himalayas. The flowers of the Bhyundar Valley are justifiably famed. There are over 300, including 31 endangered varieties, according to Unesco, and the riot of flowers during July and August is a sight to behold. You could do day hikes from the village of Ghangria, just outside the National Park, or you could cross the Bhyundar Khal (5,100m) at the head of the valley to the Dhauli Ganga Valley.

This is a fine miniature Himalayan trek that takes about a week to 10 days to complete. It’s a circuit from the Kangra Valley to the Chamba Valley and back again across two beautiful passes on the Dhauladhar range. Both passes are a little over 4,000m high, but they can be tricky in the monsoon. They’re worth it, for the variety of alpine environments you get to see, not to mention age-old snake temples, and, the chance to meet the transhumant Gaddi shepherds of the region. An alternative route hugs the crest of the range and does the traverse from Indrahar to Minkiani across a network of seven high-altitude lakes associated with the local snake deities.

The trek to one of the most storied and beautiful mountain fastnesses in the Himalayas is best avoided in the depth of the monsoon. However, late August to early September is a good time to visit. The rains are still plentiful, as are sudden storms, but these are minor hindrances. You might get to witness the ancient animist rites of the Nandashtami festival at the Bhotiya village of Lata. Your guides from the village will be able to point out local medicinal plants and how to use them, you might encounter rare species like musk deer, bharal, even a snow leopard. The mountain vistas are stunning, with the 7,816m high Nanda Devi, a peak that is revered as the patron goddess of Uttarakhand, standing tall in the middle of a ring of mountains with an average height of 6,000m.

Kibber to Tso Moriri across the Parang La, Spiti and Ladakh

There are a great many excellent treks in the rain shadow of the Great Himalayan Range, in Spiti, Ladakh and Zanskar. They all follow age-old routes that connected Indian Himalayan cultures to trade networks in Tibet and Central Asia. The trek from Kibber, in Spiti, across the Parang La (5,580m) to Korzok, the town of the Tibetan Changpa nomads, beside the giant inland lake of Tso Moriri, follows one such route. The views are amazing, from the turquoise waters of Tso Moriri, to views of high ranges in Spiti, Zanskar and Ladakh from Parang La. In Changthang, keep a look out for marmots, kiang (Tibetan wild ass) and Himalayan wolves. 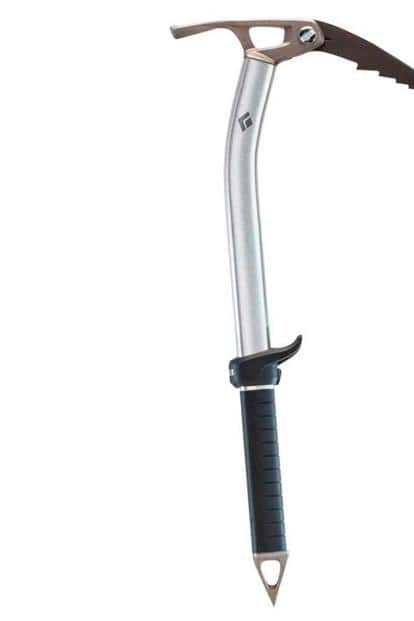 Ice axe: to hack a way through the undergrowth, and keep stinging nettles at bay. Black Diamond Venom Adze; ₹ 6,847, at Trekkinn.com. 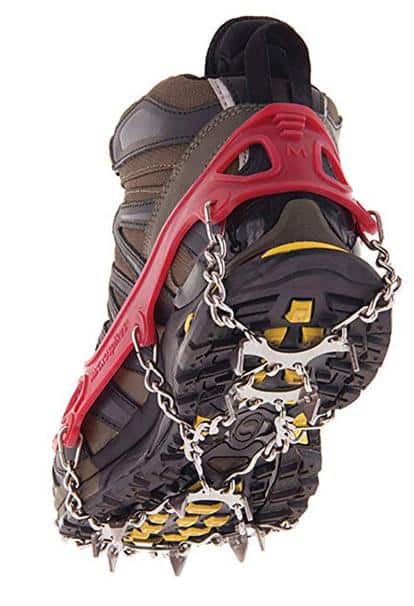 Microspikes:for a better grip on snow and ice, or slush and black ice. Kahtoola MICROspikes; ₹ 15,105, at Amazon.in. 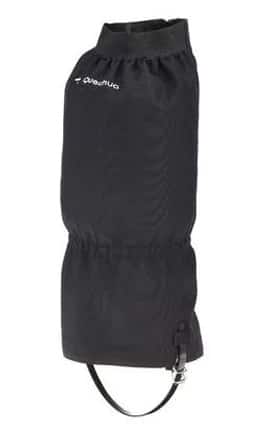 Gaiters: to prevent rain from getting into your boots. Quechua Forclaz 50 trekking gaiter; ₹ 999, at Decathlon.in. 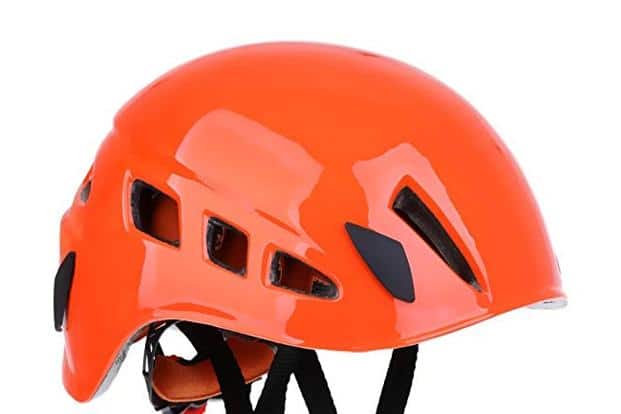 Helmet: for when you’re passing through a rockfall zone. Segolike Ultralight climbing helmet; ₹ 2,425, at Amazon.in.