While the deep-fried snack is synonymous with rainy evenings, there are a host of regional underdogs to considerfrom Prawn Chana Dal Patties to Goolar Kebabs

For a long time, pakodas and chai have tended to dominate the conversation—and the table—at the sight of the first shower. It’s easy to forget, then, that Indian kitchens have, for centuries, been privy to an exquisite variety of snacks fried to crusty tones to match the indulgent mood of the season.

I was reminded of this on an overcast day a few weeks ago, when I sat with a book in my favourite spot at the popular Roots café, located inside a park in Gurugram. If I staunchly ignored the Mixed Bhajjis on the menu, there was a lot else to nibble on: the densely spiced Rajma Galauti (pounded red kidney beans, mixed with garam masala and pan-fried) or the crispy, zesty Lotus Stem Tikki (lotus stem mashed with potato, ginger, garlic and spices, moulded into cutlets, rolled in semolina and deep fried). To fend off the humidity, my eyes lingered over the Lemongrass Iced Tea and Kokum Masala Soda on the menu. Since I couldn’t decide between the two, I ordered both.

When you think about it, cosy monsoon evenings present endless possibilities. If I ever feel emboldened enough to travel to Mumbai during its furious monsoon season, I would let myself be seduced by The Bombay Canteen’s contemporary spin on parippu vada, the classic monsoon street snack from Kerala. In the hands of chef partner Thomas Zacharias, it morphs into Channa Dal & Moras Vada. Moras bhaji, a succulent sea purslane, is used in Gujarati homes in Mumbai during the fasting season. “Since the Kerala-inspired vada is highly reminiscent of a Middle-Eastern falafel, we decided to serve it with a hummus, but with a twist. We use rajma instead of chickpeas and spice it up with garlic, kasuri methi, cilantro and lime for a lovely chatpata flavour," he says.

Though my own cooking skills are severely limited, when it is too muggy to step out I turn to my small but precious collection of cookbooks, dominated by the kind of regional fare I do not get to taste on a daily basis. From the expansive book Tiffin by TV chef and author Rukmini Srinivas, I’m tempted to make Kuzhi Appam, easy enough if you have an appam griddle, as I do. Overripe bananas mixed with some flour, cardamom, nutmeg, milk, cashews, raisins and jaggery, lead to delicately caramelized dumplings.

For a meaty treat on a day when I’m hosting, I bookmark Prawn Chana Dal Patties from The Pondicherry Kitchen by Lourdes Tirouvanziam-Louis. The recipe is true to the way it is made in the region—deep fried and spiked with green chillies and aniseed powder. When I ask food and nutrition consultant Sangeeta Khanna, who works to popularize traditional Indian food, which fried snacks the monsoon reminds her of, she recalls the crispy spiral patoda or rickwachh, which she also writes about on her blog Banaraskakhana.com. Colocasia leaves are the key ingredients here. On a trip to Varanasi, Khanna found a vegetable vendor selling it in a by-lane, and spent the next few hours smearing besan paste over the leaves, layering, rolling and steaming them, and, finally, letting them rest in the fridge overnight to get rid of any bitterness. The next morning, these are firm enough to be cut into intricate spiral pieces and shallow-fried in mustard oil.

Looking beyond the cities and their clichés opens a window to the indigenous shoots and leaves that sprout in the rains. Khanna is one of the contributors to First Food: A Culture Of Taste, a collection of recipes and essays on seasonal, local produce. She writes that fig, though not cultivated in India, is foraged during summer and at the beginning of monsoon. A recipe for Goolar Kebab piques my curiosity: a cup of wild figs, boiled and mashed with chickpea flour and spices, shaped into patties and fried in ghee.

The pleasingly red wild fruit kokum, which protects one from allergic reactions, can be adapted to snack time in this season as well. Its cultivation clashes with the mango harvest and is nowhere near as lucrative, so it has remained in the shadows. It is, however, now finding space to shine. When she thinks of the monsoon, the kokum saar (distinct from sol kadhi) comes to mind, says food writer and consultant Saee Koranne-Khandekar.

“Traditionally, the kokum saar, made with a very heavy garlic tadka is a post-pregnancy drink, thought to cleanse the uterus," she explains. I imagine a slightly offbeat version of the popular vadai, like the ones made with cashew nut or banana flower—inspired by Prema Srinivasan’s Pure Vegetarian—would go wonderfully with a kokum drink, with ridge-gourd chutney to dip into on the side.

To infuse sweetness into petrichor, I also think of the wonderfully crispy and generously sized bhakra, the Parsi biscuit, a fitting accompaniment to hot beverages.

There’s a lot to savour if other deep-fried underdogs are allowed to upstage the usual suspects in the monsoon. I have my yoga pants should portion control prove unsustainable. 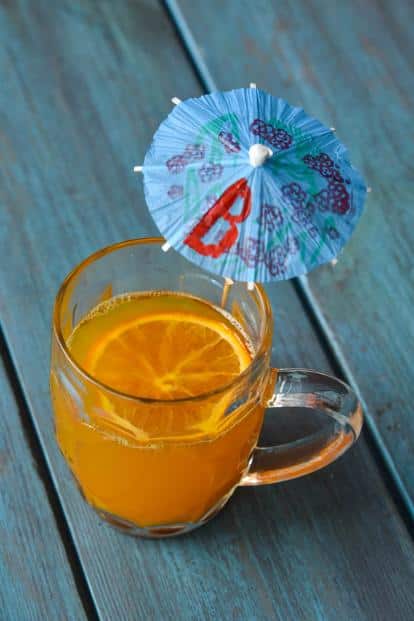 Tangy, sweet, hot or cold: a medley of spiced beverages for monsoon evenings

The kokum saar—warm, sour-sweet, light, and known for its digestive properties, is perfect for the season, says food expert Saee Koranne-Khandekar. “I often serve it piping hot (it has a tempering of garlic, red chillies, asafoetida and curry leaves) in shot glasses with a Koli-masala-style fiery prawn skewer across," she adds. Kokum petals soaked overnight, washed and blended with cumin powder, black salt, sugar and soda, will give you the deliciously cool kokum soda.

For an edgier thirst-quencher, try Pick-Me-Up Toddy inspired by pumpkin and carrot soup. “We’ve added orange juice to give it a fruitiness and ginger to spice it up. The drink tastes creamy because of the fresh pumpkin and orange purée, and we added Hennessy cognac to strengthen up the drink," says mixologist Rahul Raghav, bar manager, The Bombay Canteen and O Pedro. Traditionally, milk spiced with cardamom, clove and dry dates was popular during the monsoon. So was besan ka sheera—chickpea flour cooked in ghee, milk, sprinkled with pepper, cardamom powder and slivered nuts to a semi-thick consistency—considered a natural remedy for cold and cough when the weather turns tricky.

In the tribal areas of Maharashtra and Chhattisgarh, tea made from the dried flower leaves of palash is popular, with or without milk. The delicately spiced sherbet version detailed in the book First Food is perfect for the season: the flowers are soaked in water for several hours and spiced with cumin, fennel, pepper, mint leaves and lemon juice.