Mohan Rakesh, a pioneering figure of the Nai Kahani, or New Story, movement in Hindi in the late 1950s and 1960s, has been resurrected in Another Life: Thirteen Stories And A Play, rendered by various translators into English. Nai Kahani believed in stories that emerged from a description of reality, as opposed to imagined themes and conceits. In an interview, included in the volume, Rakesh clarified, “In Nai Kahani...life itself was the value of a story.... The criterion for writing was how far we could reflect the mood of our times."

Writing about a decade after independence, Rakesh draws a picture of a steadily modernizing India. Most of the stories in this collection are centred on the domestic spaces of the growing Indian middle class, with the working woman, the illicit couple, the spoilt child, and the economically aspirational family all recurring. Even character names repeat across stories, as if Rakesh was trying to create archetypes of his era. The limited frames draw attention to the anxieties of the characters as they encounter a world they, somewhere deep down, experience as unjust towards them. Rakesh’s skill shines in the way he doesn’t try to define the middle-class mind so much as he attempts to complicate it.

In Married Women, a well-off Manorama has a terse, yet fond, relationship with her thieving maid, Kashi. Despite Kashi’s misdemeanours, Manorama struggles to fire her. Yet, when she hears Kashi being beaten by her mostly-absent husband, Manorama doesn’t interfere. She only chooses to keep Kashi’s daughter with her for the night, to offer both protection to the girl and comfort to herself. Later, we learn Manorama herself is in a lacklustre marriage, with a husband who rarely writes to her. Eventually, her desire for motherhood collides with the master-servant power structure she thrives on to forge solidarity with Kashi—for Kashi, it is a means of economic survival, while Manorama’s need is for an emotional bond.

Rakesh appears to have been fascinated by women—sexually unsatisfied women, unappreciated women, and women simply tired of subservience are his stock figures. In The Glass Tank, a mother and daughter seem to be attracted to the same man—he is much younger and much older than them, respectively. The attraction is never acted upon by either woman, and the story lies in the tensions that form between them when he comes to visit. The unspoken rivalry and sympathy the women share in this situation are charged with commentary on female friendship, male agency, and inherited moral cycles. After the man departs, the mother tells her daughter, “Be different—don’t ever be like your mother." While we so much want that wish to come true, we know it is a prophecy for a very different future. Although The Glass Tank is a sensitive rendering of relationships between women, it is an anomaly in this collection. Most of Rakesh’s stories speak of the peculiarities of women, as if they were a type. Even if his intention was to unveil the hidden struggles of middle-class women without unrealistic, altruistic endings, Rakesh often falls back on the “battle of the sexes" trope, with women described in relation to the men around them.

The title story about a man named Prakash reveals Rakesh’s overbearing male gaze. Prakash, who is divorced from his first wife, only gets to see his son during short visits. He marries again, a woman who, he believes, is the opposite of the first, but she is sexually wild and lapses into hysterical outbursts. “You may be of a mind to turn me out of the house," she cries, “but I’ll reduce it to ashes first.... I am a vestal, a goddess, a nun." As he spends more time with his son, Prakash grows more competitive with his ex-wife. Although he later softens towards her and she, too, becomes kinder, he is projected as the victim—when his son leaves with his mother, Prakash is left walking in the pouring rain, with only a dog for company.

Adhe Adure, the lone play in Another Life, is widely hailed as one of the great works of modern Hindi drama. Yet it too is wrought with a male agenda. Set in the home of a troubled family, the play unfolds in the half-uttered resentments of each member. The character called “Woman" is overworked, always picking up after her family, and trying to earn enough money to save them from her husband’s (Man’s) bad financial decisions. Man feels eternally misunderstood and wronged by his wife, who, he believes, is always pitching herself to wealthier, more powerful men. Older Daughter elopes with a man her mother wanted to impress, but returns home frequently because she is dissatisfied. Younger Daughter is brattish and oblivious to the family’s strife. Son is unemployed and entitled, and doesn’t contribute to the house or take his mother’s help to get a job. The dialogue is constructed as quick back-and-forth, with each character acknowledging they have more to say but won’t. “I’m not saying anything. I’m quietly sitting here," Man asserts. As the utterances pile up, Woman finally wants out of her abusive marriage. But just as she musters the courage to call it quits, and her husband has even left the house, she is forced into becoming an all-pardoning caregiver. Her son, with help from his father’s male friend, ushers his father back into the house.

Although this scenario could be read as an indictment of how patriarchy enslaves women, the play doesn’t end with that nuance. In the last pages, we see Woman being character-assassinated by her husband’s friend, who accuses her of destroying her husband’s life and sense of manhood by constantly trying to replace him with other men. Even when she brings up the physical abuse she endured, the friend says about the husband, “He’s a man like all others—and that’s all that’s wrong with him."

Perhaps in the legacy of Henrik Ibsen and August Strindberg, Rakesh was attempting a drama that focuses on a suffering but able woman against a myopic man—in performances, four of the male characters are played by the same actor as variations of Man. Still, the male tirades against Woman are so strong that they linger much longer than any case for her defence. As modern Hindi writers like Rakesh are brought out in English translation, it may be time to acquaint ourselves with their important legacies, but also to contest their outlook and relevance. 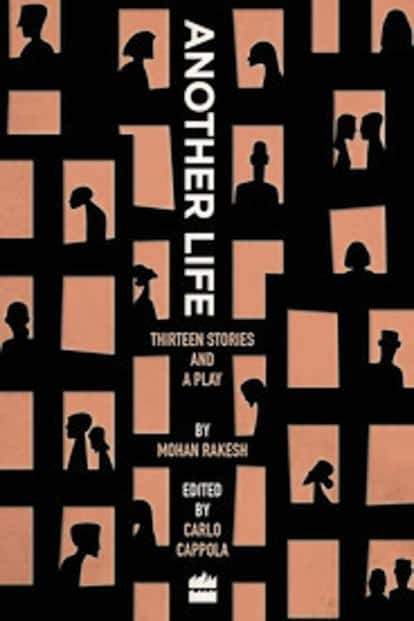