Hauntingly narrated, 'Red Birds' hovers in the twilight zone between war and peace, life and death

Mohammed Hanif’s Red Birds draws you into a vortex at the outset, as do his two previous novels, A Case Of Exploding Mangoes (2008) and Our Lady Of Alice Bhatti (2011). Narrated in short bursts of monologue by several characters, it begins with Major Ellie, an American pilot, who crash-lands in an unnamed desert, close to the very war camp he is asked to bomb. No cultural sensitivity course he was subjected to at home has prepared him for this fate. Subsisting on four energy biscuits and two vitamin smoothies, like a modern-day Robinson Crusoe, only more foul-tempered and bristling with Yankee impertinence, he finds refuge with the family of a precocious 15-year-old boy, Momo.

Momo, driven by an indomitable entrepreneurial instinct from tender age, is struggling with the disappearance of his elder sibling, Bro Ali, who has vanished since he was employed by the American soldiers at the hangar close to their home. “I think life is a business opportunity," Momo boasts airily. “I don’t intend to fall in love until I have made my first million." But underneath his manly strut, hides a terrified young boy, who can’t trust his Father Dear, because he has turned into a servile stooge of the US army, or his Mother Dear, teetering on the edge of sanity, desperately seeking her first-born. Momo’s only friend is his philosophical dog, Mutt, who has a speaking part and plays Hobbes to his Calvin. Like Bill Watterson’s pair, Momo and Mutt make for an adorable duo, though there is nothing remotely cartoonish about their harsh existence. Having had his “brain fried" in a freak accident, Mutt is somewhat unhinged but, unlike Hobbes, isn’t a figment of Momo’s teenage imagination.

That brings us to the great theme of Hanif’s death-haunted novel: the line between imagination and reality. What separates the living from the dead (or does not), especially in a land where peace feels as fragile as war? This is the question that constantly pricks us as we turn the pages.

Into this twilight zone, Hanif brings a woman, an aid worker studying the Teenage Muslim Mind, with Momo as her prime exhibit. But the unreality of life in the camp is too much even for the solidly grounded Lady Flowerbody, as Momo christens her. Surrounded by red birds, which remain ethereal and unseen to many, the lives of these characters, each propelled by their own personal agenda, reaches a crescendo inside the hangar. Nothing quite prepares us for the grand finale of Red Birds, though the dull ache of loss that courses through it helps us suspend disbelief (and a bit of logic). Hanif’s razor-sharp wit, potent as ever and able to draw guffaws, also makes the heart bleed. In an email interview from Karachi, he spoke about this compelling novel and the futility of writing satire in the post-truth age. Edited excerpts:

‘Red Birds’ is set in a limbo, or rather a purgatory, when war is suspended but it is far from peace time. How did this book come to you?

We have lived with a war for 40 years, we have lived with a war for such a long time that we have started pretending that it’s not there. And that old war is replicating itself in other parts of the world and we watch it on TV every evening while having dinner in the safety of our own home. We are also very good at pretending that we have nothing to do with these wars. I think the book came out of that smug feeling that we have—that “oh I am safe because I am good" while our neighbour’s house is on fire.

Did you have the first-person episodic structure in mind all along? What were the pros and cons of this narrative strategy?

It started such a long time ago that my memories are a bit blurred. I think in the beginning it was a straight first-person narrative and I was finding it quite restrictive. And then a couple of years into the novel, Momo came and then Mutt, and it turned into this chamber piece where three or four people strike up their instruments and there is some jugalbandi. And then it had to open out, let others speak, till you have a crescendo of voices and out of that emerges a solitary voice.

Mutt turned out to be my favourite character of all. Tell us about his genesis.

He was just a peripheral character, who kept yelping at some crucial junctures. Sometimes I thought he was just yelping. And then one day he started telling me stuff about other characters, stuff that I didn’t know. Maybe I have had too much heartbreak with dogs in real life, or got too much unconditional love, but yes, he basically yelped his way in. 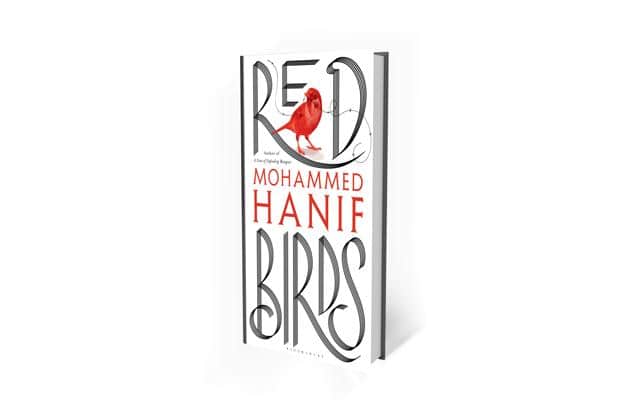 You have an affinity with ghosts, spectral creatures and magical realism in your fiction. Where does this come from?

We all grow up listening to stories of jinns and paris (angels), some of us take them very seriously, maybe it’s our refusal to grow up or our urge to keep on playing way past our bedtime. Also, it comes from reading (Jorge Louis) Borges and Muhammad Khalid Akhtar over and over again.

You’re a journalist, political commentator and creator of fabulous stories. How do you square all these selves or are these separate from each other?

Well, all these forms of expression come from the same head, my head, so I don’t know how separated these are, maybe by an inch or two. When I am doing journalism, I want to escape into the fictional world, and when I am immersed in writing a novel, I want to come up for air and breathe some reality.

Satire and irony are at the core of your work. Do you find it more challenging to employ these in your writing in this post-truth age, when fake news has more currency than fact?

Yes. I think satire has no place in our world. Satirists are out of work. But then ghazal poets have been out of work since Ghalib’s times but we somehow manage to survive.

What’s your biggest frustration as a writer and how do you overcome it?

The biggest frustration is to not know, this feeling of impending doom, this creeping fear that you will never finish what you are writing. And no, you don’t overcome it even if you manage to finish what you were writing.

If you were to trace your literary influences and antecedents, which authors would you go back to in the subcontinent and across the world?

There are too many to list. Every day there is a new writer or an old writer who makes you see the world differently. But the ones I return to regularly are: Ismat Chugtai, Mario Vargas Llosa, Waris Shah, Amrita Pritam, (Fyodor) Dostoevsky and Hanif Kureishi.

Red Birds will be published in India on 18 October.